Tim Southee Registered His 10th Five-wicket Haul And Finished With Nine Wickets In The Match As New Zealand Thrashed India By 10 Wickets At The Basin Reserve To Take A 1-0 Lead In The Two-match Series Which Is Also Part Of The ICC World Test Championships.

Tim Southee picked up his 10th five-wicket haul and Trent Boult assisted him brilliantly as New Zealand thrashed Virat Kohli's Indian cricket team by 10 wickets on Monday to take a 1-0 lead in the two-Test series at the Basin Reserve stadium in Wellington. Ajinkya Rahane and Hanuma Vihari, who had steadied India towards the end of day 3, failed to carry on the good work and their quick dismissals saw India losing their remaining six wickets for 47 runs as New Zealand knocked off the target of nine runs in just 10 balls. This was the Indian cricket team's first loss in the ICC World Test Championship but it put New Zealand in an elite list of nations as this victory was their 100th in Test cricket. For India, their jinx at the Basin Reserve continued, having lost by 10 wickets for the second time at the venue with the first being in 2002.

Things went horribly wrong for India in the fourth day. Trent Boult got the big scalp of Rahane as he edged a delivery that nipped away to be caught by wicketkeeper BJ Watling. Southee set up Hanuma Vihari brilliantly as he tempted him with the outswinger and then went through his defences with a full ball that nipped back in to catch the inside edge and hit off stump. Rishabh Pant blasted two fours off Southee but wickets tumbled at the other end. Ravichandran Ashwin was undone by a full ball that curved back in sharply and was trapped plumb in front with India not even bothering to review.

Pant and Ishant Sharma were tasked with India avoiding an innings defeat. Ishant got a boundary off Kyle Jamieson as India took the lead and Pant continued to find the boundary. However, Colin de Grandhomme got his first wicket of the match when he trapped Ishant in front with a length ball that cut back in off the seam. New Zealand took the second new ball and immediately, Southee got the wicket of Pant as the wicketkeeper holed a slog to fine leg. Southee took his fifth when Jasprit Bumrah steered a short ball to third man only for Daryl Mitchell, the substitute to take a fine catch diving to his right. This was the third time India were bowled out under 200 in both innings of a match in New Zealand, having achieved this twice in the infamous tour of 2002. Tom Latham stroked a boundary off Ishant and Tom Blundell hit the winning runs off Bumrah as New Zealand put up a comprehensive display.

India were undone by quality seam bowling from Jamieson and Southee in the first innings. When it was New Zealand's turn, the pitch had eased out a bit but India did themselves no favours as they allowed the New Zealand lower order to smash 123 runs to help them take a lead close to 200. When India came to bat the second time, barring Mayank Agarwal, no other batsmen showed the application to survive the conditions. 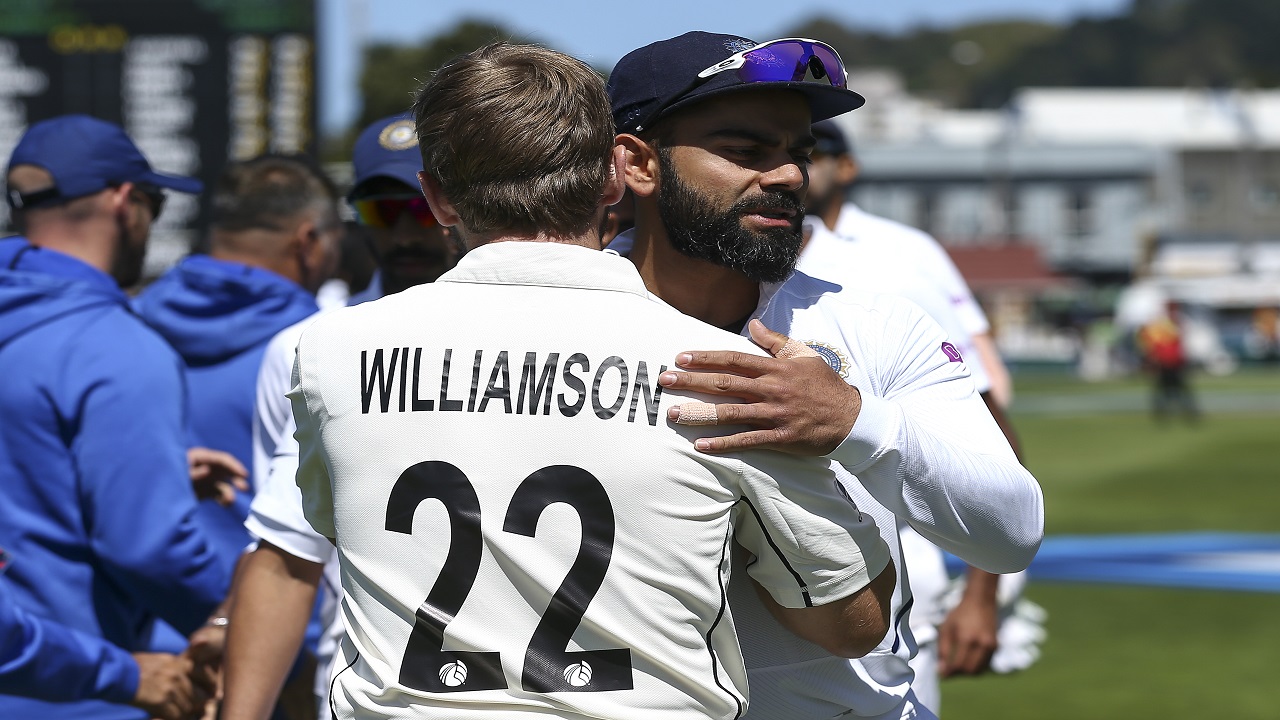 Speaking after the end of the match, Kohli admitted that the toss was a factor and that giving away too many runs to the lower order played a big hand. "Day 1, the toss did turn out to be very important. But at the same time, we take a lot of pride in being competitive as a batting unit and we were just not competitive enough. Till about 7 wickets, we were pretty good. The wicket did get better. The last 3 wickets and those 120 runs hurt us and pushed us out of the game. Anything over 220-230 and we would have been talking a different language. Even the deficit looks lot lesser if you get that score and take those last three wickets cheaply," Kohli said.

Kane Williamson, the New Zealand skipper, also said the lower order runs made a huge difference in this match. "The lower order runs are very important to get some sort of a handy lead. It was brilliant, the wicket. We didn't know what to expect looking at it the day before. The grass cover did brown off. The bowling attack was brilliant. We were able to get some swing thanks to the ground being windy," Williamson said.

The Kiwi skipper reserved plenty of praise for Southee, Boult and Jamieson who were the key in New Zealand's win. "Jamieson has been brilliant throughout the summer with the white ball as well. He contributed in a number of ways. A great debut for him. Great experience for him to bowl with a somewhat settled group. Southee came in and wanted to operate as best as he could. The left arm and right arm combination has done it for us and they showed it again especially with the old ball," Williamson said.

With New Zealand taking an unassailable lead in the two-Test series, India will be looking to square the series in the second and final Test that will take place at the Hagley Oval in Christchurch beginning on February 29.