Mohammed Shami delivered a brilliant final over as India managed to steal victory from the jaws of defeat in the Hamilton T20I. (Photo Credit: Getty Images)

Kane Williamson had played an innings which defied logic. The New Zealand skipper blasted sixes at will against Yuzvendra Chahal and Ravindra Jadeja and he took Jasprit Bumrah, the world's best death bowler for three boundaries in one over. In the final over bowled by Mohammed Shami, Ross Taylor smashed a six and the equation boiled down to two runs off four balls. Williamson steered a short ball to the keeper but New Zealand still needed two off three balls. Tim Seifert had a dot ball and he managed to steal a bye. The next ball, Shami bowled Taylor and the match headed into the Super Over.

Williamson and Martin Guptill slammed 17 runs but Rohit smashed two sixes in the last two balls as India clinched a thrilling victory to win a T20I series in New Zealand for the first time. The 'choke' by New Zealand reminded fans of how similarly Bangladesh had botched up their run-chase against India in the World T20, 2016 clash in Bangalore.

India had managed to reach 146/7 and Bangladesh had made a strong reply as they needed 11 runs off six balls. Mushfiqur Rahim slammed two boundaries and Bangladesh needed two runs off three balls to knock India out of the tournament. However, Rahim holed out to deep midwicket and Mahmudullah mistimed a full toss to deep midwicket to be caught by Ravindra Jadeja. MS Dhoni effected a brilliant run-out off the last ball as Bangladesh spectacularly lost by one run to crash out of the tournament.

'Super Overs Not Our Friends'

After losing a Super Over clash for the fifth time in six encounters, New Zealand skipper Kane Williamson remarked that Super Overs were not really his good friend and jokingly remarked that there should be no Super Overs. 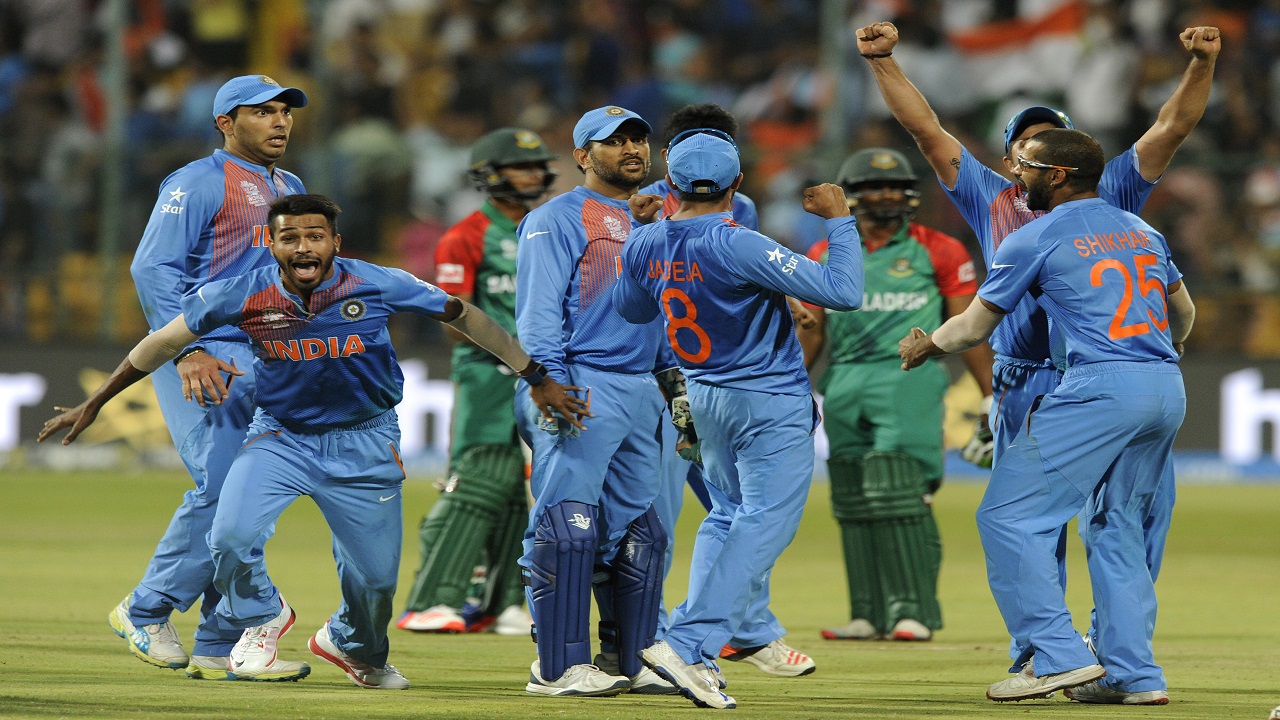 Bangladesh also botched up their victory when they needed two off three balls in the 2016 World T20 vs India. (Image credit: Getty Images)

"Super Overs aren't really our friends. To be honest we would have liked to get across the line earlier and not in the Super Over. It's just a shame that we couldn't get past the line. In my opinion, we shouldn't have them (jokingly). Look it is what it is. It's good fun. We had a full house at midnight, which is really cool. It's good entertainment," Williamson remarked.

At the other end, India were boosted by a fantastic effort from Rohit Sharma, who blasted 65 and smashed two sixes in the last two balls to give India a series win. Rohit said there is no training possible for Super Over eventualities. In fact, the Indian team wasn't aware of the Super Over and was made aware of the situation only after the match had finished in a tie.

"I don't know if you can train for a Super Over. We've got a T20 specialist in Bumrah. For him, Super Over or whether he bowls in a T20 match is the same for him. There's no training required there for him. But for the batters, you generally see who's in good nick on that particular day and you assess and try and get that guy to bat. Probably if I hadn't got the 60 today, probably it wouldn't have been me going to face the Super Over. It could have been Shreyas Iyer or someone else," Rohit said.