New Zealand And The Super Over Nightmare - A Timeline Of Horror

New Zealand Suffered Their Fifth Loss In Six Twenty20 Super Over Encounters As They Lost A Series At Home For The First Time Against Virat Kohli's Indian Cricket Team In A Dramatic Match At Hamilton.

New Zealand have achieved plenty of firsts when it comes to Twenty20 Internationals. They were the first team to play an International Twenty20 when they took on Australia in 2005. The first tie in Twenty20s came between New Zealand and West Indies in Auckland in 2006 and they won the first-ever bowl-out. In 2008, New Zealand and West Indies were involved in yet another tie but this time, they featured in the first ever Super Over but West Indies won the match as they successfully defended 25. Since then, New Zealand have been involved in the most ties in Twenty20 Internationals with seven. However, their saga when it comes to Super Overs has been an absolute nightmare and it was prolonged after the dramatic loss in the Hamilton match against India at Seddon Park on Wednesday in which Rohit Sharma helped India win a series for the first time in New Zealand with two sixes off the last two balls.

The loss in the Hamilton Twenty20 International was New Zealand's fifth loss in six Super Over encounters in Twenty20 Internationals stretching back to the World T20 in Sri Lanka in 2012. In the last year, New Zealand have suffered heartbreak when it comes to the Super Over three times, including the 2019 clash against England in Auckland and also against the same opponents in the heartbreaking final of the 2019 ICC Cricket World Cup at Lord's. Prior to 2019, the painfaul saga of New Zealand and Super Overs goes well back at the start of the previous decade. There is one common factor in all the pain and that is Tim Southee

Promising Start But Disaster Since Then

After getting beaten in the first-ever Super Over against West Indies in Auckland in 2008, New Zealand were involved in a high-scoring humdinger against Australia in 2010 in Christchurch. Brendon McCullum showed his mastery and unleashed unbelievable scoops in his magnificent knock of 116 as New Zealand reached 214/6. In response, powered by Michael Clarke's 67 and a brilliant 28-ball 64 by Cameron White, Australia tied the score. Tim Southee was tasked with bowling the Super Over and he conceded just seven runs which New Zealand knocked off with ease to secure their first-ever win in the format against their Trans-Tasman rivals.

However, Southee's exploits on that day in Christchurch remain the only positive for New Zealand in what has since become their decade of pain in the one-over eliminator. In the 2012 encounter against Sri Lanka in the World T20 in Pallekele, Rob Nicol smashed 58 and helped New Zealand to 174/7. Tillakaratne Dilshan put Sri Lanka on course for a dominating win with a brilliant 83 but some brilliant bowling from James Franklin and Southee kept New Zealand in the hunt. A dramatic last-over run-out helped drag the match into the Super Over and Southee conceded 14 runs. Lasith Malinga dismissed Martin Guptill and Sri Lanka held their nerve to win by seven runs. 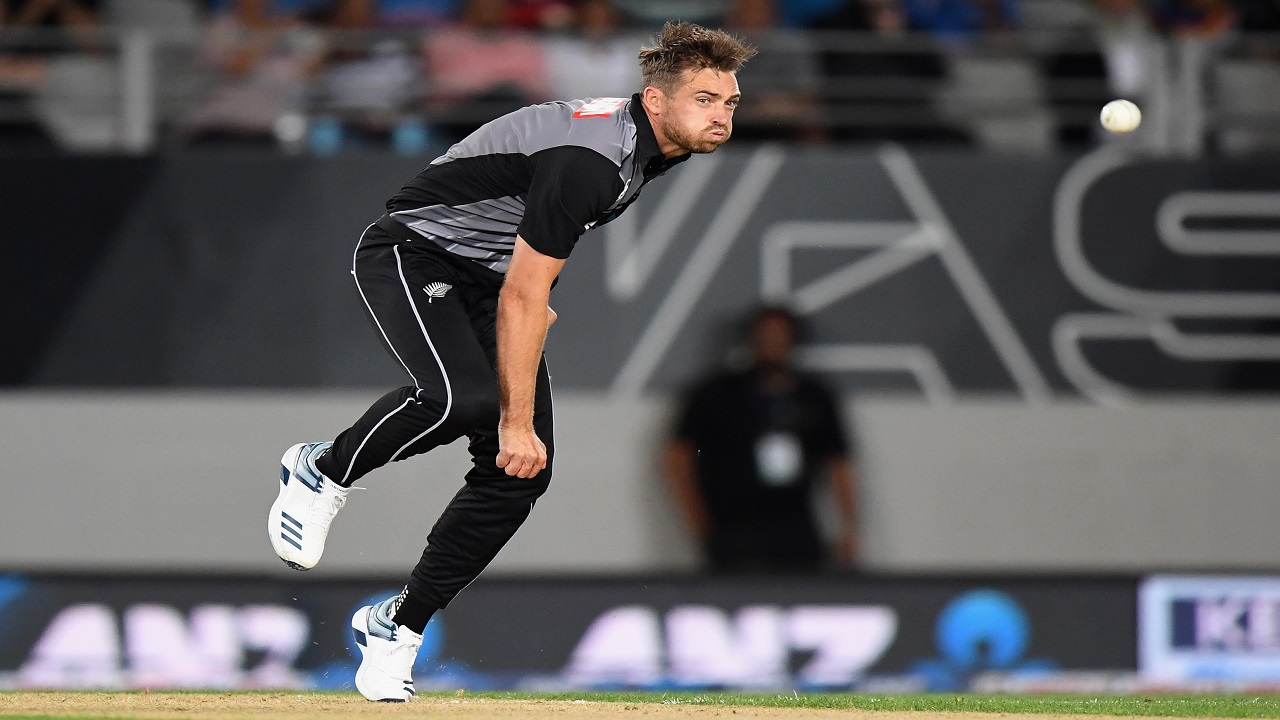 Tim Southee has bowled all the six Super Overs for New Zealand ever since 2010. (Image credit: Getty Images)

In the same tournament, against the West Indies and at the same venue, there was more heartbreak in store. Doug Bracewell and Southee took three wickets apiece as West Indies were all out for 139. West Indies kept things tight and it needed a brilliant knock of 62 from Ross Taylor to keep the Kiwis in the hunt. With 14 needed off six balls, Taylor managed to scoop Marlon Samuels for a six but on the last ball, there was a direct hit and Bracewell was caught short as the game headed into the Super Over. Taylor smashed Samuels for a six and a four as New Zealand notched up 17 runs. Southee started disastrously as he bowled a no-ball and Gayle dispatched him for a six. With five runs needed off two balls, Samuels hit a six and West Indies knocked New Zealand out of the competition in dramatic circumstances.

The 2019 ICC Cricket World Cup final at Lord's between England and New Zealand is well-chronicled. New Zealand notched up 241 and buoyed by a brilliant 84 from Ben Stokes, England were in command. However, a freakish deflection for six runs and Stokes'brilliant play helped England tie the match and it went to the Super Over. England managed to hit 15 but New Zealand also came close. James Neesham hit a six and when two runs were needed, Martin Guptill was run-out and although the Super Over was tied, England were declared the winners due to a superior boundary count.

In the same year, both teams squared off in a five-match Twenty20 International series. After four matches, the scoreline was tied 2-2 and heading into the match in Auckland, the match was reduced to 11 overs due to rain. Guptill and Colin Munro smasged 50 and 46 respectively and they were given a boost by Tim Seifert's 39 off 16 balls as New Zealand ended on 146/5 in 11 overs. England started off like a train with Jonny Bairstow smashing 47 off 18 balls while the likes of Sam Curran and Eoin Morgan chipped in. With 13 runs needed off three balls, Chris Jordan smashed a six off James Neesham and with five needed off the last ball, Jordan slammed a boundary as the match went into the Super Over.

Southee once again bowled the Super Over and Morgan blasted him for two sixes as New Zealand conceded 17 runs in the over. The task was too much and they managed just eight runs as New Zealand were beaten.

Following the loss in Hamilton, Grant Robertson, the Labour MP for Wellington Central who is the Minister of Finance and Sports put out a tweet which said, "Mental Health and Wellbeing (Banning of Superovers) Bill will be introduced under urgency. Now. #NZvIND (btw, brilliant innings Kane)". Considering the plight of New Zealand in the Super Over, it will not be a bad idea to pass this bill. Maybe, there could also be a bill which states that Southee, by law, should not bowl the Super Over as it has yielded heartbreak most of the time.