Virat Kohli's Indian Cricket Team Will Be Determined To Overcome Their Poor Twenty20 Record Against New Zealand And Also To Build Up Momentum For The ICC World T20.

21 series since the last World T20 in 2016. 14 series wins and three drawn series. Only four series losses in four years. Two of those losses came against West Indies, one to Australia and one to New Zealand. The consistency and performance of the Indian cricket team in the shortest format of the game has been impressive. In 2020, in a Twenty20 year punctuated by the marquee World T20 in Australia in October, India head into the tournament as the odds-on favorites. The upcoming five-match Twenty20 International series against New Zealand, which will be the first time India players a five-match series in this format, is the most important build-up for the World T20 for plenty of reasons.

One, India have a superior or even head-to-head record against all teams barring New Zealand. Throughout India's playing history in international Twenty20s, they have failed to crack the New Zealand code of dominance. Three, India's record in the shortest format in New Zealand is woeful. Add all the three factors and then this series assumes massive importance. India finished the series against Australia four-days ago and they arrived in Auckland on January 22.

Many people would be bemoaning the lack of proper warm-ups for the series but India has been consistent even without warm-ups. Unlike other series when both teams looked even in T20Is, the advantage this time is firmly with India. KL Rahul, Virat Kohli and Rohit Sharma make up a formidable top order while Jasprit Bumrah, Mohammed Shami and Navdeep Saini make-up a potent bowling line-up. With Kuldeep Yadav and Yuzvendra Chahal in the side, and with the absence of the 2019 World Cup stars Trent Boult, Lockie Ferguson and Matt Henry, it is firmly advantage India.

This is the first time India will be playing New Zealand after the heartbreak of the 2019 ICC World Cup semi-final. India will be gunning for revenge. Really? When it comes to New Zealand, Kohli is a little bit more assured that revenge is NOT on their minds when they take on the Kiwis. Afterall, India will not be encountering sledges of Australia level. New Zealand are Mr. Nice Guys of the cricketing world and the atmosphere is a bit more relaxed. "Even if you want to think of revenge, these guys are so nice you cannot get into that zone. We get along really well with these guys and it's all about being competitive on the field. As I said in England, they are probably one side that has set the example for teams to play international cricket. They obviously want to bring out the best they can in every ball and every game, they are intense in their body language, they are not nasty, they are not doing things which are not acceptable on the field," Kohli said.

According to Kohli, Rahul will continue to keep wickets in both ODIs and T20Is, but will open in the shortest format while returning to the middle-order in the 50-over format. It could mean that Prithvi Shaw is being primed for an ODI debut and a potential pairing with Rohit when the three-match series begins on February 5. The skipper also indicated a change in middle order plans. With Rahul keeping wickets, the fit-again Rishabh Pant could lose his spot in the playing eleven.

Manish Pandey is expected to play as the fifth specialist batsman and Shreyas Iyer will regain his spot at number four. Pandey, Iyer and Pant batted together in the nets on Thursday, while Sanju Samson hung around, only to pad up later on. Washington Sundar and Ravindra Jadeja are the other two all-round options. The Yuzvendra Chahal-Kuldeep Yadav combination is yet to play a game together since the 2019 ODI World Cup, and it remains to be seen if things will change in this aspect. In the pace department, Mohammed Shami and Jasprit Bumrah are assured starters, while the toss-up will be between Shardul Thakur and Saini. 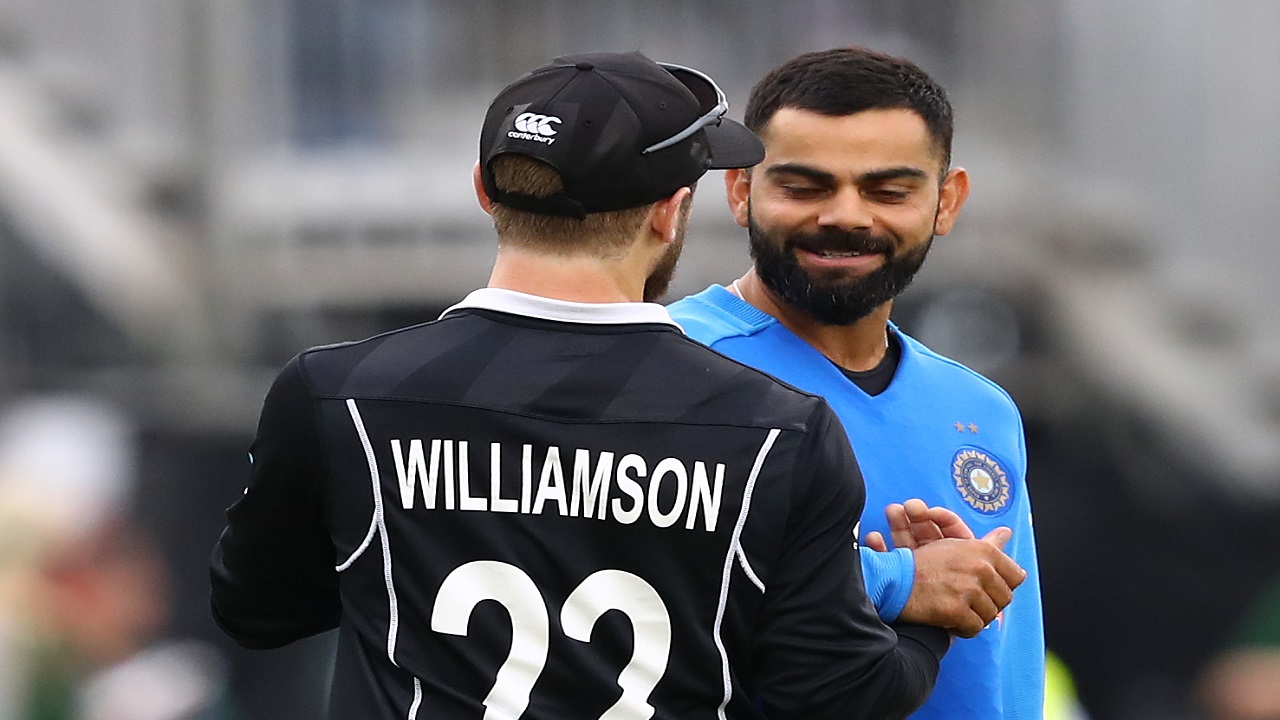 New Zealand have a dearth of all-rounders to choose from but need to balance with pickings in the pace department. It remains to be seen if the Black Caps opt for two spinners in Ish Sodhi and Mitchell Santner given the really short boundaries at Eden Park, venue for the first two T20Is. Williamson, though, has urged the need to move on. Williamson, however, said it was time for the Black Caps to move on from the disappointment and focus on the India series.

"You need to keep moving on. The schedule is such that challenges keep coming thick and fast and now we got a great opportunity against India who are one of the top sides in the world but different personnel in terms of the T20 format and the guys are looking forward to the challenge. At times obviously it is tough. Australia was a humbling experience to get beaten badly like we did. You do want to be playing the best. Not losing," Williamson said.

New Zealand have played 19 Twenty20 Internationals at Eden Park, Auckland but surprisingly, they have won only six matches. Their only loss to India in New Zealand came at this very venue in 2019. The Eden Park wicket is considered to be a belter with plenty of runs on offer. The third man and fine leg boundaries are 45 meters and this makes even the straight boundary short. Plenty of sixes could be on display at this venue.

There have also been three tied games at this venue, with the recent one against England once again replaying the 2019 Final heartbreak. The weather in Auckland will be partly cloudy and there are 20 percent chances of rain. However, that might not pose problems for the match. A maximum of 25 degrees and a minimum of 17 might provide comfortable conditions for the players although the high humidity of 72 percent could result in dew.