New Zealand Bowled The Indian Tail Out Cheaply And The Openers, Tom Latham And Tom Blundell, Put The Hosts On Course With A 46-run Opening Stand On Day 3 Of The Christchurch Test.

When day three started, there was hope from the Indian cricket team lower order that they could emulate New Zealand and put up some runs in order to make a match out of the second Test. There was a lot resting on Hanuma Vihari, Rishabh Pant and Ravindra Jadeja as they looked to give New Zealand a target in excess of 200 on a pitch still assisting the bowlers. However, under overcast skies, India's lower order floundered like a pack of cards. Trent Boult ended with 4/28 and India managed just 34 runs as they were bowled out for 124 to set New Zealand a target of 132. In response, Tom Latham and Tom Blundell stitched a solid opening stand of 46 before the lunch break to put the Kiwis on course and inflict a 2-0 series sweep on Virat Kohli's Indian cricket team.

Vihari and Pant had to survive the first hour and then pile on the runs on a pitch which tended to get easier. However, that was not meant to be. Vihari was strangled down the leg side with a full ball from Tim Southee and BJ Watling took the catch. Boult set Pant up brilliantly by beating him first ball with an outswinger and then bowled a straight ball to once again breach his defences. The third ball was again an outswinger and Pant edged the delivery to be caught by Watling.

With all of India's recognised batsmen back in the hut, it was only a matter of time. Southee got his third wicket when Mohammed Shami holed out to deep midwicket but Jadeja looked to get going by hammering a six to long on. Jasprit Bumrah glanced a boundary to fine leg and Jadeja signalled his intentions with another lofted shot to long on for a boundary. 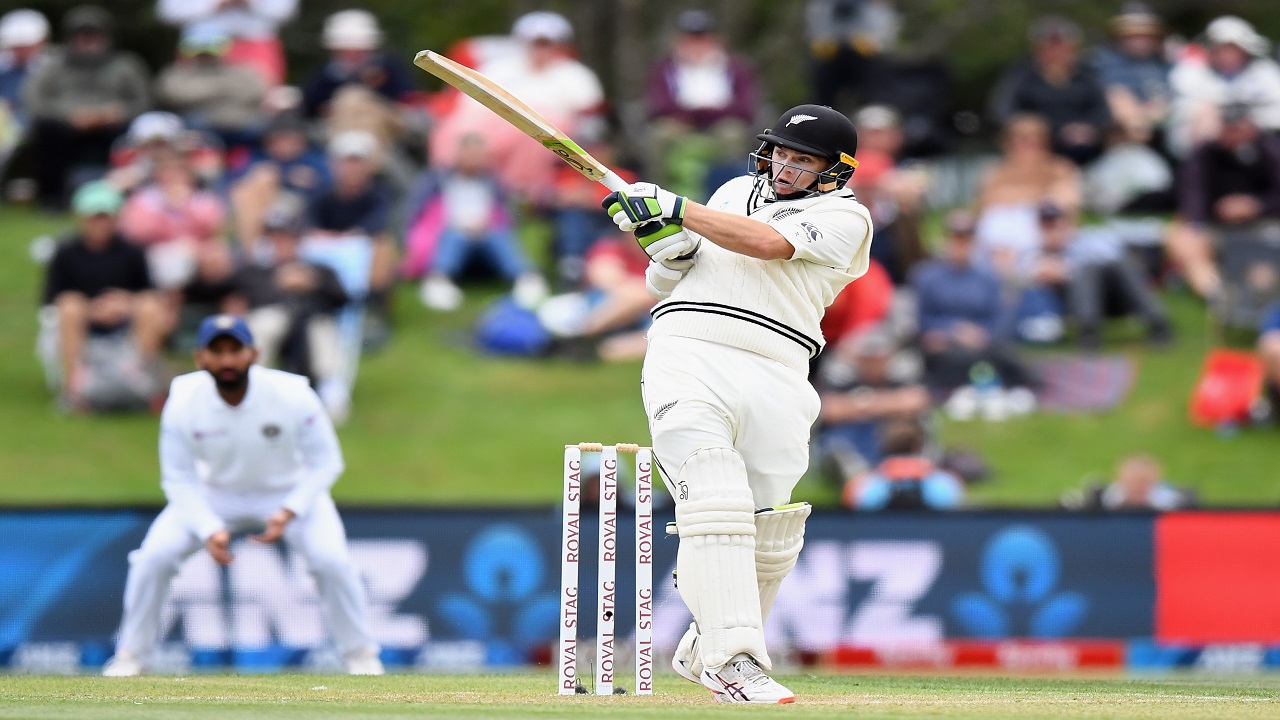 New Zealand ensured the partnership did not flourish. Jadeja tapped a ball to the leg side and Bumrah looked for the single but was sent back half-way. Boult ran and fired the throw at the bowler's end but he missed it but Kane Williamson's presence of mind ensured that he ran in and broke the stumps to end India's innings on 124.

Armed with the new ball, Shami, Bumrah and Umesh Yadav looked to make early inroads but Umesh, as he had done in the past, failed to bowl consistently to maintain pressure. While Bumrah built up pressure with disciplined seam bowling at pace, Umesh leaked boundaries to both Tom Blundell and Tom Latham. In the ninth over of the innings, Blundell got an inside edge off Bumrah but Pant failed to latch onto the catch. The umpire did not spot the edge and he signalled a bye.

Shami was introduced into the attack and he immediately pinged Latham on the helmet. However, Blundell responded with two counter-attacking boundaries off Shami as the openers survived the session without any further jolts. New Zealand would be hoping to make serene progress and seal a 2-0 series sweep with yet another dominant performance.