Brian Lara Blasted 153 In An Epic Second Innings Chase Of 312 As West Indies Defeated Australia By One Wicket To Take A 2-1 Lead In The Four-Test Series As The Barbados Test Ended In One Of The Most Thrilling Finishes Of All Time.

It was pulsating. It was nerve-jangling. It was absolutely thrilling. It was mind-numbing. The 1453rd Test, which took place between West Indies and Australia at the Kensington Oval in Barbados proved to be one of the greatest Tests of all time. One man made it possible. Before the series, his reputation and his form had been in tatters. By the end of the Barbados Test, he had made the ultimate redemption. Brian Lara, the Prince of Trinidad, became the King of the Caribbean and the cricketing world with a batting performance that single-handedly defeated the mighty Australians, led by Steve Waugh and his team which consisted of Glenn McGrath, Jason Gillespie, Shane Warne, Ricky Ponting and Justin Langer.

In the first Test in Port of Spain, West Indies and Brian Lara suffered rock bottom in their home turf when they were bowled out for 51 and Australia dominated to a 312-run win. With plenty of pressure, Lara turned his fortunes around in grand style with a blazing 213 as West Indies came back on level terms with a 10-wicket win in Sabina Park, Jamaica. Heading into the third Test at the Kensington Oval in Barbados, both teams had a chance to seal the series. Australia chose to bat and Steve Waugh's brilliant 199, combined with Ricky Ponting's 104 helped Australia register a total of 490 all out.

West Indies were reduced to 98/6 but a brilliant 105 from Sherwin Campbell and his 153-run stand with Jimmy Adams helped West Indies recover in style as they avoided the follow-on and finished on 329. Armed with a lead of 161, Australia had the chance to press home the advantage. However, Nehemiah Perry's offspin yielded 5/39 as Australia were bowled out for 146.

Still, a target of 308 on a pitch becoming increasingly difficult to bat on was a massive challenge to the West Indies. After a solid partnership of 72 between Campbell and Adrian Griffith, West Indies suffered a collapse of five wickets for 33 runs as they vwere reduced to 105/5. However, Lara had other ideas and he found some great support from Jimmy Adams. Batting with a mixture of aggression, caution and determination, Lara and Adams staged a remarkable recovery. 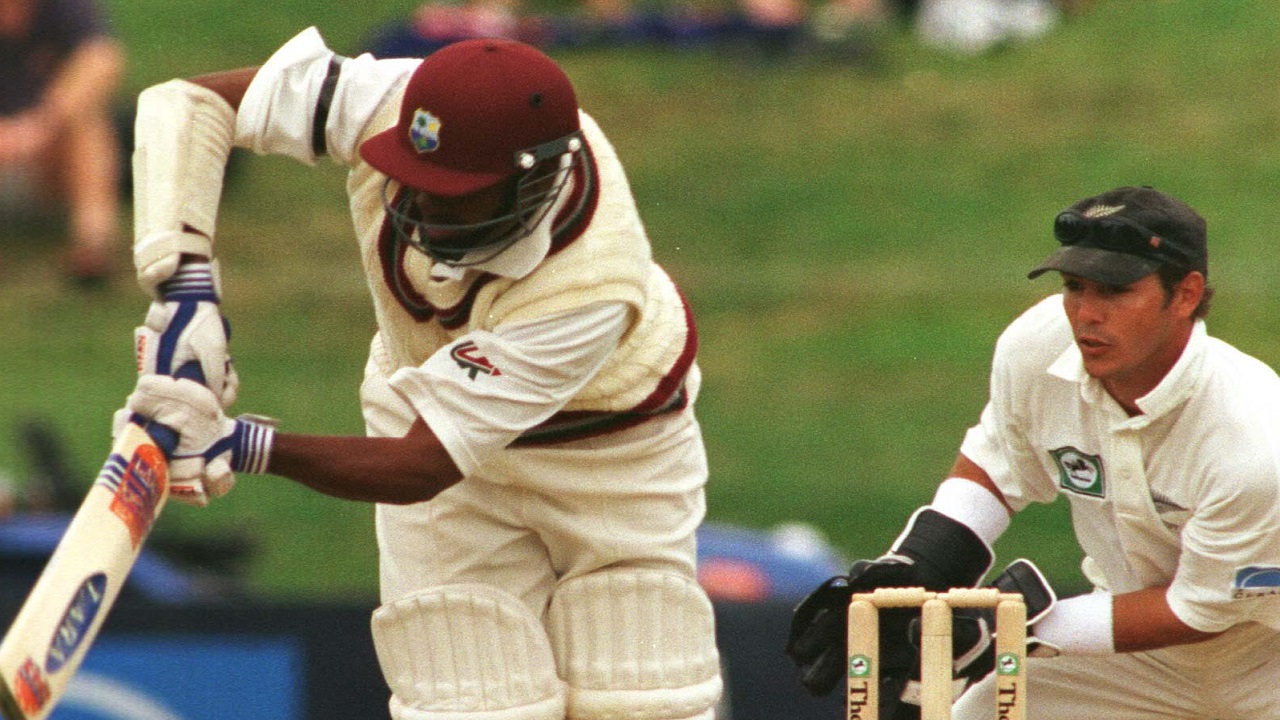 Adams ground the Australia bowlers with his solid defence with a 133-run stand. At 238/5, the match was evenly poised but McGrath, who was the main danger in the innings, removed Adams for 38 and another mini-collapse ensued as they were reduced to 248/8 with McGrath taking a five-wicket haul. With time running out, Lara proceeded to dominate and he had superb support from Sir Curtly Ambrose as they strung a 54-run stand for the ninth wicket. Lara blazed past 100 and he was the key if West Indies had to pull off an unlikely win. With seven runs needed for a win, there was a game-changing moment when Lara edged a wide ball from Jason Gillespie but Ian Healy, the wicketkeeper, dropped the catch.

Australia, though, had some slight redemption when Ambrose was dismissed by Gillespie for 12. Courtney Walsh, not known for his batting skills, somehow played out 14 balls as Lara got West Indies near the total. The win was sealed in dramatic style as Lara drove a full ball from Gillespie to the deep extra cover fence as West Indies registered a famous one-wicket win to ensure they would not lose the series. In the final Test in Antigua, Australia, who had slogged for 21 years to regain the Frank Worrell Trophy, put on an inspired performance.

Despite Lara blasting 100 off 83 balls, Australia held their nerve and won by 176 runs to level the series and regain the trophy. The entire tour ended on a stalemate, with the ODI series also drawn 3-3 with one game tied in controversial circumstances in Guyana due to a premature pitch invasion. The series, though, will be remembered for the brilliance of Lara, who cemented his reputation as one of the greats in the modern era.