Pat Cummins And Glenn Maxwell Went Past The Rs 10 Crore Mark In The IPL Player Auction, With Cummins Creating A New Record For The Most Expensive Foreign Buy In The History Of The Auctions.

The Australian contingent had a field day in the IPL 2020 player auction. Pat Cummins and Glenn Maxwell, in particular, broke the bank and set new benchmarks as records tumbled in the event at the ITC Royal Bengal in Kolkata on Thursday. Cummins was snapped for Rs 15.5 crore by Kolkata Knight Riders and it set a new record as the most expensive foreign buy in the history of the IPL auction. The Australian pacer's mark broke the previous record of Rs 14.5 crore by England's Ben Stokes when he was bought by Rising Pune Supergiant in the 2017 IPL.

Cummins' tally is the second-most by any player in the history of the IPL officially behind Yuvraj Singh's 16 crore by Delhi Daredevils. The stage was set for the Australian dominance right at the onset when Chris Lynn was purchased by Mumbai Indians for his base price of Rs 2 crore. The next major step was Glenn Maxwell and an intense bidding war ensued. In the end, Maxwell created history as he became the first player in the 2020 player auction to cross the mark of Rs 10 crore.

The Australian dasher was purchased for Rs 10.75 crore by Kings XI Punjab and it comes as a homecoming of sorts to a franchise where he enjoyed so much success. Maxwell has always been a big draw for the IPL franchises, especially Kings XI Punjab, where he was much sought after. No wonder then that as he begins a fresh journey after his battles with mental illness, there couldn't have been a better franchise to start off with than KXIP, where fans once fondly called him "Glenpreet Singh'. "He was very much on our radar. We needed one of those X-factors. He's been with us in the past so he knows the exact layout of the team," KXIP CEO Sathish Menon said after their franchise won the intense bidding war.

Maxwell had only recently opened up about his struggles. "I was pretty cooked when I decided to take the time off. Big reason why I did take that time away is I was pretty mentally and physically ruined," Maxwell was quoted as saying a few days back after he returned to training. But as Menon put it aptly, he brings the 'X-factor' that the franchises look for in a tournament like IPL. Maxwell has the ability to hit those big sixes, some of them landing on the top tier of the stadiums. 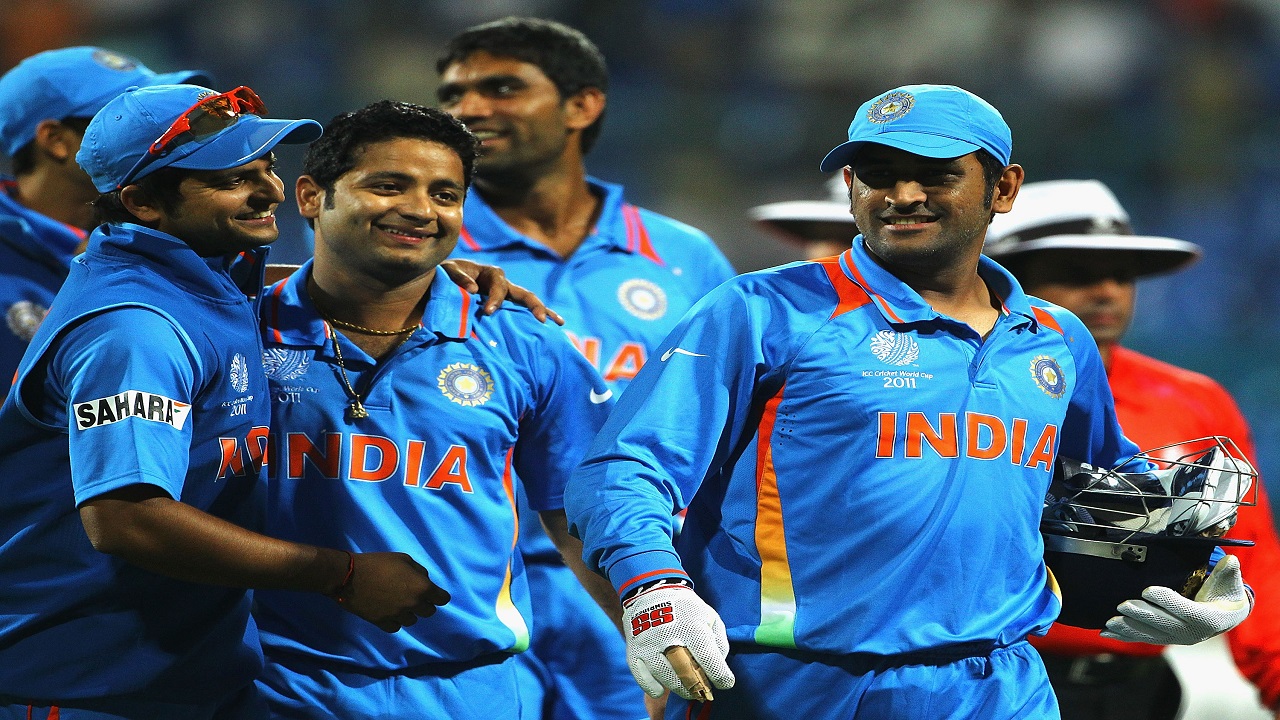 Piyush Chawla was the most expensive Indian in the IPL 2020 auction as he was taken by Chennai Super Kings. (Image credit: Getty Images)

After Maxwell, the next Australian player to make a big impact was Nathan Coulter-Nile. The pacer was involved in an intense bidding war between Chennai Super Kings and Mumbai Indians but in the end, Mumbai Indians managed to get him for Rs 8 crore. Aaron Finch, the Australia T20 skipper, was also taken by Royal Challengers Bangalore for Rs 4.4 crore. As the auction progressed into the final stages, Australia dominated even there as well. Josh Hazlewood was the newest entrant in the Chennai Super Kings club as he was purchased at his base price of Rs 2 crore. Mitchell Marsh, who is currently nursing a wrist injury, also found a home in IPL 2020 with Sunrisers Hyderabad taking him for his base price of Rs 2 crore. Marcus Stoinis, the all-rounder, was taken by Delhi Capitals for Rs 4.8 crore while Andrew Tye was taken by Rajasthan Royals for Rs 1 crore. Chris Green, the unfancied Australian player was taken at Rs 20 lakh by Kolkata Knight Riders.

Piyush Chawla The Most Expensive Indian

For the Indian players, it was a mixed day at the auction with many Indian domestic players not finding a franchise. R Sai Kishore, who was considered a worthy talent, was only taken in the accelerated auction by Chennai Super Kings for Rs 20 lakh. However, the one who stole the show was Piyush Chawla. Having played for a fair amount of time at Kolkata Knight Riders, Chawla was released and he headed into the auction with a base price of Rs 1.5 crore. Chawla was taken by Chennai Super Kings for Rs 6.75 crore.

Varun Chakravarthy, the unknown player who had made a big impact in the 2019 player auction with Rs 8.4 crore by Kings XI Punjab, was taken again but this time for just Rs 4 crore by Kolkata Knight Riders. The Under-19 players had a good return. Yashasvi Jaiswal, touted to be the next big thing in Indian cricket, was purchased for Rs 2.4 crore by Rajasthan Royals while Priyam Garg, the Under-19 skipper for the upcoming 2020 World Cup was taken for Rs 1.9 crore by Sunrisers Hyderabad. 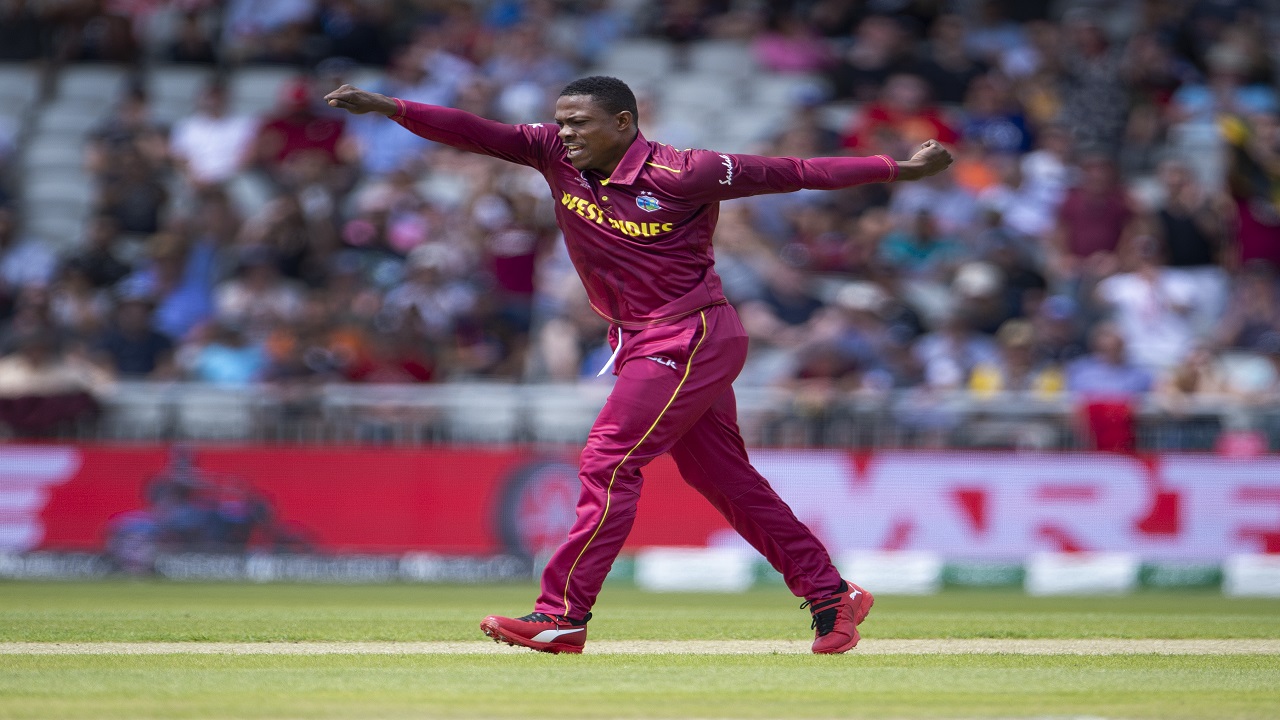 There was plenty of hype for certain West Indies players. Sheldon Cottrell set the ball rolling with a big bidding war between Delhi Capitals and Kings XI Punjab. In the end, it was Kings XI Punjab who got the salute from the West Indies player as he was taken for rs 8.5 crore by the Punjab franchise. Shimron Hetmyer, who smashed a century in the Chennai ODI, was involved in an intense bidding war between Delhi Capitals and Kolkata Knight Riders but in the end, Hetmyer went to Delhi Capitals for Rs 7.75 crore.

There were mixed results for the other West Indies players as Alzarri Joseph, Carlos Brathwaite, Evin Lewis and Kesrick Williams were not taken in the franchises.

For South Africa, there was surprise and relief. Chris Morris, who had plied his trade with teams like Delhi Capitals and Chennai Super Kings, joined Maxwell and Cummins as he became the third player to enter the Rs 10 crore club. Morris, who has impressed in the Twenty20 leagues with his all-round skills, was picked by Royal Challengers Bangalore for Rs 10 crore. David Miller, who was released by the Kings XI Punjab franchise after close to a decade with the franchise, found a new home in Rajasthan Royals for Rs 75 lakhs. Dale Steyn, who has been plagued with injuries for the last couple of years, was picked by RCB for his base price of Rs 2 crore only in the final part of the auction.

There were no picks for the New Zealand players, with Tim Southee, Colin de Grandhomme, Colin Munro and Matt Henry going unsold. Only James Neesham managed to get into the Kings XI Punjab team for his base price of Rs 50 lakhs.