Poonam Yadav Was The Star For India With Her Haul Of 4/19 But Deepti Sharma's Unbeaten 49 And Her Partnership Of 53 With Jemimah Rodrigues Helped Harmanpreet Kaur's Side Beat Defending Champions Australia In Sydney By 17 Runs.

Poonam Yadav wrecked Australia with her haul of 4/19 as India won for the second consecutive time against Australia in the ICC Women's World T20 (Photo Credit: Getty Images)

The India vs Australia ICC Women's World T20 clash at the Sydney Showground stadium was like the classic Rabbit vs Tortoise tale that has been heard and read by millions for generations but with a twist. The gist of the tale is both the Rabbit and Tortoise engage in a race. The Rabbit, confident of the speed, races away and as the finish line comes near, he decides to rest. The Tortoise, knowing he is slow, decides to make it to the finish line anyways. The Rabbit dozes off, the Tortoise goes past him and wins the race. Thus, was coined the now famous term 'Slow and steady wins the race'.

In Sydney, heading into the opening game of the ICC Women's World T20, India were deemed the tortoise and Australia the Rabbit. Unlike the Rabbit of the tale, Australia did not take India lightly at all. Far from it. India, the Tortoise, managed to win not because of overconfidence from the hosts but because of sheer skill and determination. In the end, Harmanpreet Kaur's side registered a famous win which has increased their prospects of winning the ICC Women's World T20 for the first time. The quote 'Slow and steady wins the race' was given a new dimension in Sydney by two girls from Agra.

Poonam Yadav, four feet 11 inches, gave an exhibition of legspin which would marvel purists. Deepti Sharma, known more for her containing offspin bowling, showed that she could punch above her weight in the batting as she stitched a stand which initially invited scorn but would later prove to be match-defining.

Heading into the ICC Women's World T20, there were some areas of concern for India during the recently concluded Women's Twenty20 Tri-series involving Australia and England. The middle order was virtually non-existent, which prompted Smriti Mandhana to say the top order needed to bat the full 20 overs. The scars of the collapse of 7/29 at Junction Oval in the final against Australia was weighing heavily on India. In addition, India were missing the services of Poonam Yadav, the only bowler in the world to have taken 50 or more Twenty20 International wickets in the last two years due to fractured finger. 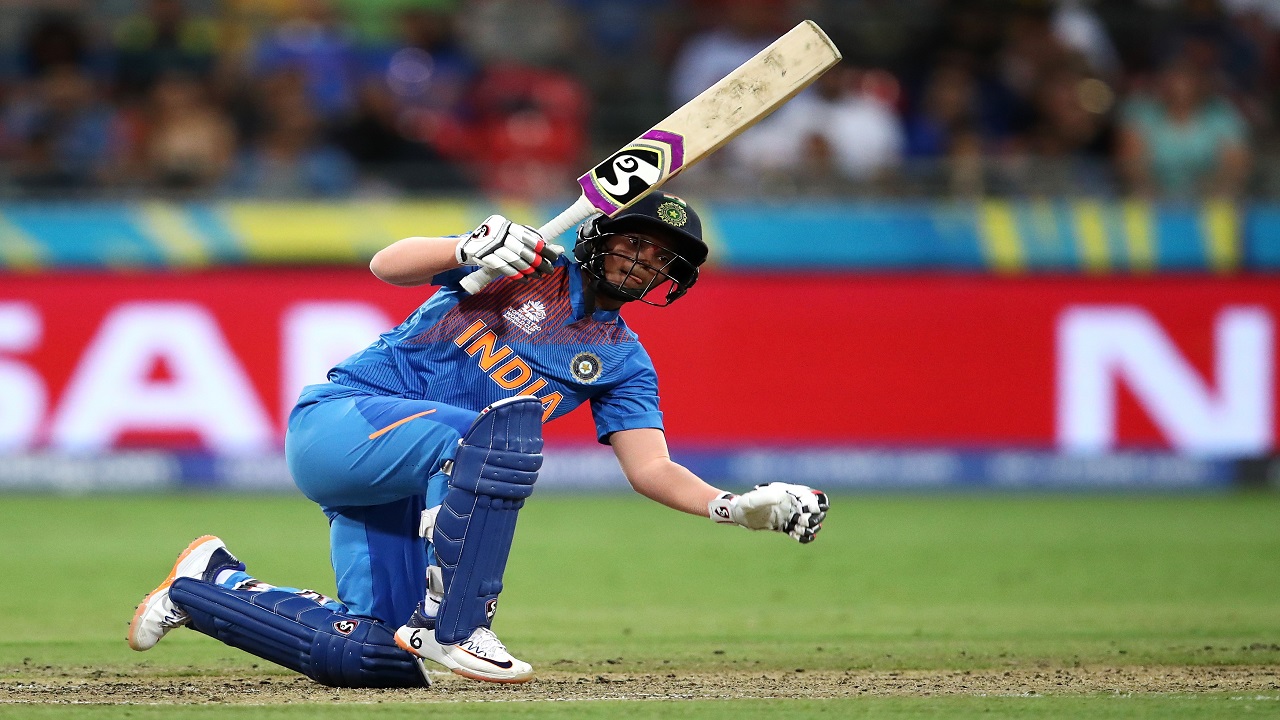 In Sydney, Poonam Yadav was included with her hand heavily bandaged. Shafali Verma and Smriti Mandhana had powered India to a good start in the powerplay. However, when Mandhana, Verma and Harmanpreet fell in the space of six runs and 15 balls, it looked like the same old problems for India would crop up. In stepped Deepti Sharma, hailing from the same home town as Poonam Yadav. In 43 Twenty20 Internationals, Deepti Sharma's highest knock was 32 and that was achieved two years ago against Bangladesh in Kuala Lumpur. Her highest against Australia was 13* in 2016.

The scoring rate had dipped alarmingly after the fall of three wickets. Deepti Sharma, along with Jemimah Rodrigues, struggled to get going. However, Deepti Sharma was following a basic principle in cricket. When the boundaries are hard to come by, get runs by singles and twos. In the entire partnership with Rodrigues, only one boundary was hit and that was by Deepti Sharma. The rest of the runs came in singles and twos.

There was a period in the match where from overs 11.4 to 15.5, there was not a single dot ball. Deepti Sharma and Rodrigues had scored off 26 consecutive deliveries and this played a big part in ensuring India had a good total. After the fall of Rodrigues, Deepti Sharma swept two boundaries off Jess Jonassen and despite not finishing in the slam-bam thank you madam way, India had reached 132/4. The 53-run stand with Rodrigues and the 32-run unbeaten stand with Veda Krishnamurthy gave the Indian bowlers, especially their spinners something to bowl with.

started well when Shikha Pandey dismissed Beth Mooney and Rajeshwari Gayakwad accounted for skipper Meg Lanning, considered one of the best woman cricketer in limited overs cricket. But, Alyssa Healy was back among the runs. She smashed three fours off Arundhati Reddy and it looked like a mere formality. When Poonam Yadav came to bowl, Healy dispatched her for a big six to raise her fifty. What followed afterwards was an exhibition in spin bowling. Poonam Yadav's USP is her ability to bowl slow, really slow. Her maximum speeds are in the low 40 mph category. Her slow speed ensures that batters need immense power to get over the ropes. In addition, she lures batters with the generous amount of flight and drift.

With the bat, Deepti Sharma had provided a steady hand. Now, with the ball, Poonam Yadav was going to show that slow can be deadly. Poonam Yadav bowled a flighted delivery and Healy could only chip it back to the bowler who took it despite the heavy bandaging. The 12th over of the match, changed the whole course of the game and Australia were 'googlied'. In the second ball, Poonam Yadav lured Rachel Haynes with a flighted googly and was stumped. 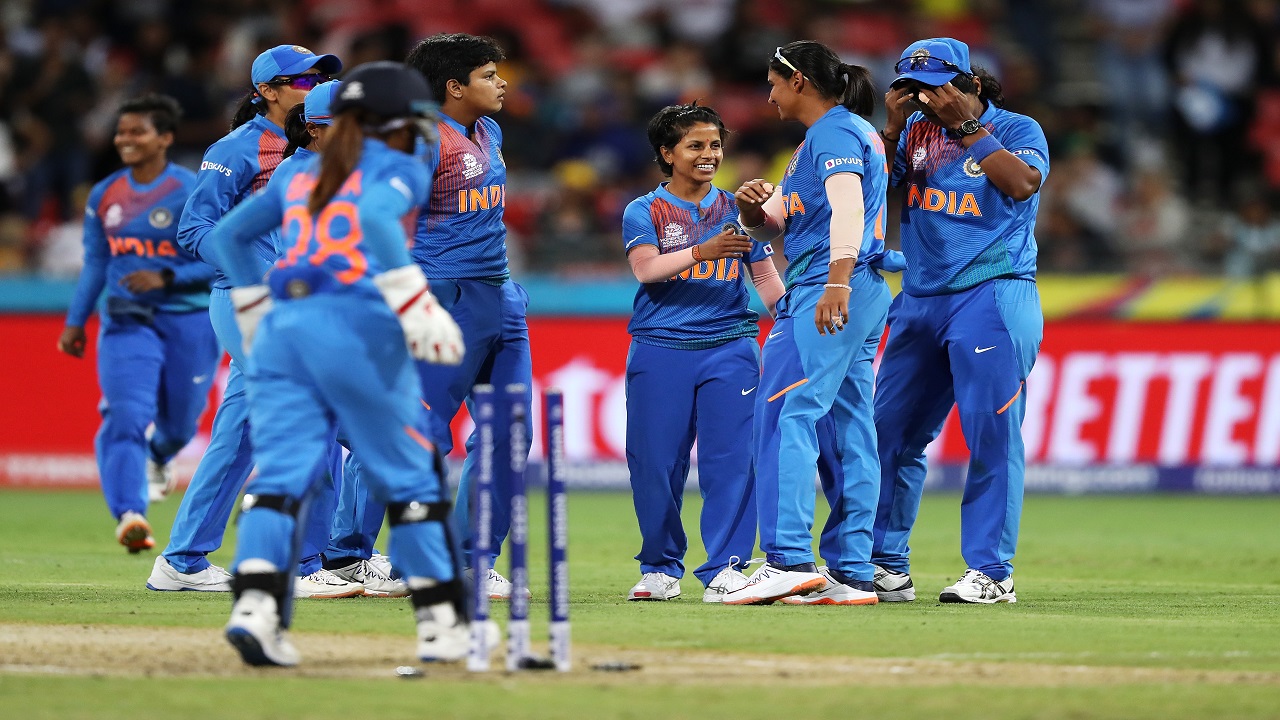 Australia, though, still had Ellyse Perry. The greatest all-rounder in women's cricket had pulled off superhuman feats herself, including bowling with an injured ankle in the 2013 ICC Women's World Cup final against West Indies in Mumbai but still coming out on top. In Sydney, though, she was contending with Australia's kryptonite of slow bowling. Perry decided to charge, but Poonam Yadav bowled the googly which dipped and she was stumped by Taniya Bhatia. Had the keeper not dropped Jonassen, Poonam Yadav would have had a hat-trick. There was redemption for both Bhatia and Poonam Yadav. Jonassen looked to sweep a googly but ended up bottom-edging it to the keeper.

So slow was Poonam Yadav that towards the end of her spell, a delivery actually bounced twice and was declared a no-ball. The Australian batters though failed to capitalise on the free-hit. Poonam Yadav finished with 4/19 after four overs and India won by 17 runs. Poonam Yadav's spell prolonged Australia's pain in ICC events against India, in which the men's, women's and Under-19 teams have lost continously since 2018.  After the match, Poonam Yadav's only complaint was that she was denied a hat-trick for the third time in her career. Harmanpreet was quick to point out that the partnership between Rodrigues and Deepti Sharma was the key. In the end, the two girls from Agra, Poonam Yadav and Deepti Sharma, symbolised that slow and steady will always wins the race.