Pragyan Ojha, The Left-arm Spinner Who Played 24 Tests And Was An Integral Part Of Deccan Charger's Title Win In The IPL In 2009, Has Announced His Retirement From All Forms Of Cricket.

Pragyan Ojha, the 33-year-old left-arm spinner from Bhubaneswar who played 24 Tests for India from 2009 to 2013, has announced his retirement from all forms of cricket with immediate effect. "I am writing this letter to tender my formal retirement from international and first-class cricket with immediate effect. It's time I move on to the next phase of my life. The love and support of each and every individual will always remain with me and motivate me all the time. To be an Indian cricketer and represent the country at the highest level was always a dream I cherished as a youngster. I fall short of words to describe how fortunate I have been to have lived my dream and earned the love and respect of my fellow countrymen," Pragyan Ojha wrote on his Twitter handle.

Pragyan Ojha was a vital part of the Indian spin attack towards the end of the first decade in the new millennium but opportunities dried up for the left-arm spinner once Ravindra Jadeja became the mainstay of the team for his batting and bowling. From 18 ODIs, he grabbed 21 wickets. He also played six T20 Internationals. Ojha, who competed for erstwhile Deccan Chargers and Mumbai Indians in the IPL, was once reported for having a suspect action in 2014. He underwent corrective rehabilitation and was cleared in 2015. In his 24 Tests, he took 113 wickets and it included five wicket hauls against England, New Zealand and West Indies. It was against the Windies that he achieved great success. He took 6/72 in the Delhi Test in 2011 and his best haul of 6/47 came in the Mumbai Test in that same series. In his final Test, which was also Sachin Tendulkar's farewell match, he took 10 wickets for the first time.

Pragyan Ojha, along with RP Singh, played a vital part in the 2009 winning campaign of the Deccan Chargers. Ojha took 18 wickets and RP Singh took 23 wickets as Deccan Chargers defeated Royal Challengers Bangalore to win the IPL for the first time. In the 2010 IPL, Ojha became the purple cap holder as he took 21 wickets in 16 games. Later, he played for Mumbai Indians too. His final appearance in the IPL came in 2015. Pragyan Ojha played 92 games in IPL and took a total of 89 wickets.

It’s time I move on to the next phase of my life. The love and support of each and every individual will always remain with me and motivate me all the time ðŸ™ÂðŸÂ¼ pic.twitter.com/WoK0WfnCR7 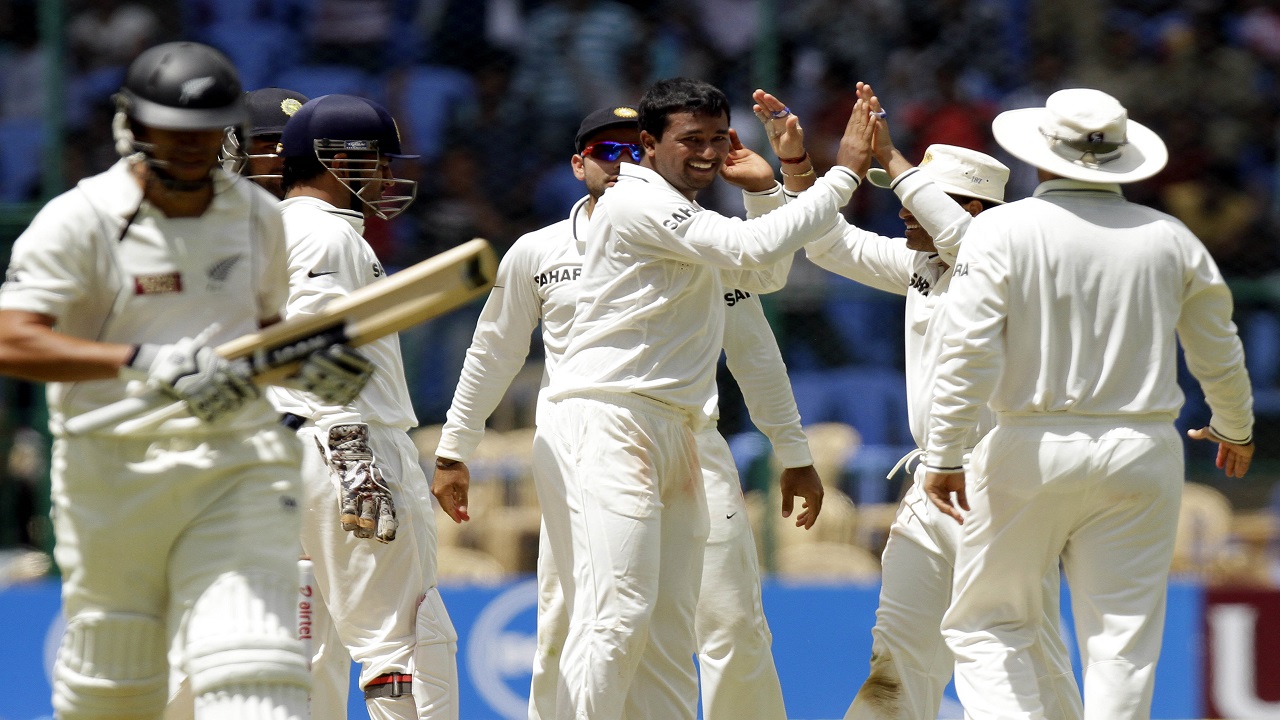 Pragyan Ojha had a wonderful time for Deccan Chargers in the IPL during the 2009 and 2010 editions. (Image credit: Getty Images)

Ojha had a troubled domestic record in the last couple of seasons. The left-arm pacer was released from the Bengal squad by Cricket Association of Bengal (CAB) after the left-arm spinner cited family reasons for wanting to stay in Hyderabad, his hometown. "I had a talk with the president (Sourav Ganguly) and we decided to treat the matter sympathetically. We have decided to give him a No Objection Certifiable (NOC)," CAB joint secretary Avishek Dalmiya told IANS.

Ojha cited personal reasons for not wanting to join Bengal team and instead play for Hyderabad. He also said that not playing at this stage would be detrimental to his career. He had joined Bengal in 2015-16 when Hyderabad were relegated to group C and claimed 36 wickets from nine matches, their joint highest with pacer Ashok Dinda.