Virat Kohli's Indian Cricket Team Put On A Clinical Display In The Indore Twenty20 International And They Will Be Keen To Avoid A Slip-up In A Venue Where They Have Not Enjoyed Much Success.

The Indian cricket team lost their previous Twenty20 encounter against Sri Lanka at the MCA stadium in Pune by five wickets in 2016. (Photo Credit: IANS)

In the last couple of Twenty20 International series, a peculiar pattern has emerged when it comes to the Indian cricket team. They will put up a clinical display in one match and then in the next one, have a shoddy performance in one aspect which results in their defeat. During the West Indies series recently, India had a great performance in Hyderabad but terrible fielding in Thiruvananthapuram saw them crashing down to earth before they recovered to win the final game in Mumbai. In the Sri Lanka series, barring the abandonment in Guwahati, the performance in Indore was clinical enough with bat, ball and the field as they cruised to a seven-wicket win. However, this is now the testing period for Virat Kohli's side.

They are heading to a venue where they have not had much success. In the 2016 Twenty20 International at Pune, India were undone by a pitch which had plenty of green cover and the accuracy of the Sri Lanka bowlers resulted in a shock loss by five wickets. That was the last time Sri Lanka had won against India in a bilateral series and they are yet to find the winning mojo.

Sri Lanka's six-game losing streak in India is a continuation of their poor run in the format. The 3-0 whitewash of Pakistan at home seems to be an aberration now, indicating how poorly Pakistan played at home. With thumping losses in Australia and now a winless run in India, that too in World T20 year, could deflate their morale even more and they will be calling upon the spirit of 2016 to boost them and it is poetic justice that they are coming to a venue where they last achieved success against India.

The main question for India will be whether to give the reserve players in Manish Pandey and Sanju Samson a go for this final game. Samson has been incredibly unlucky to have warmed the benches for all of India's games this season and so too Pandey. The fact that they have not yet been released in order to play Ranji is perplexing. With Sri Lanka having several left-handers, spinners Kuldeep Yadav (2-38) and Washington Sundar (1-29) are likely well retain their place, which effectively means that Ravindra Jadeja and Yuzvendra Chahal will have to sit out. 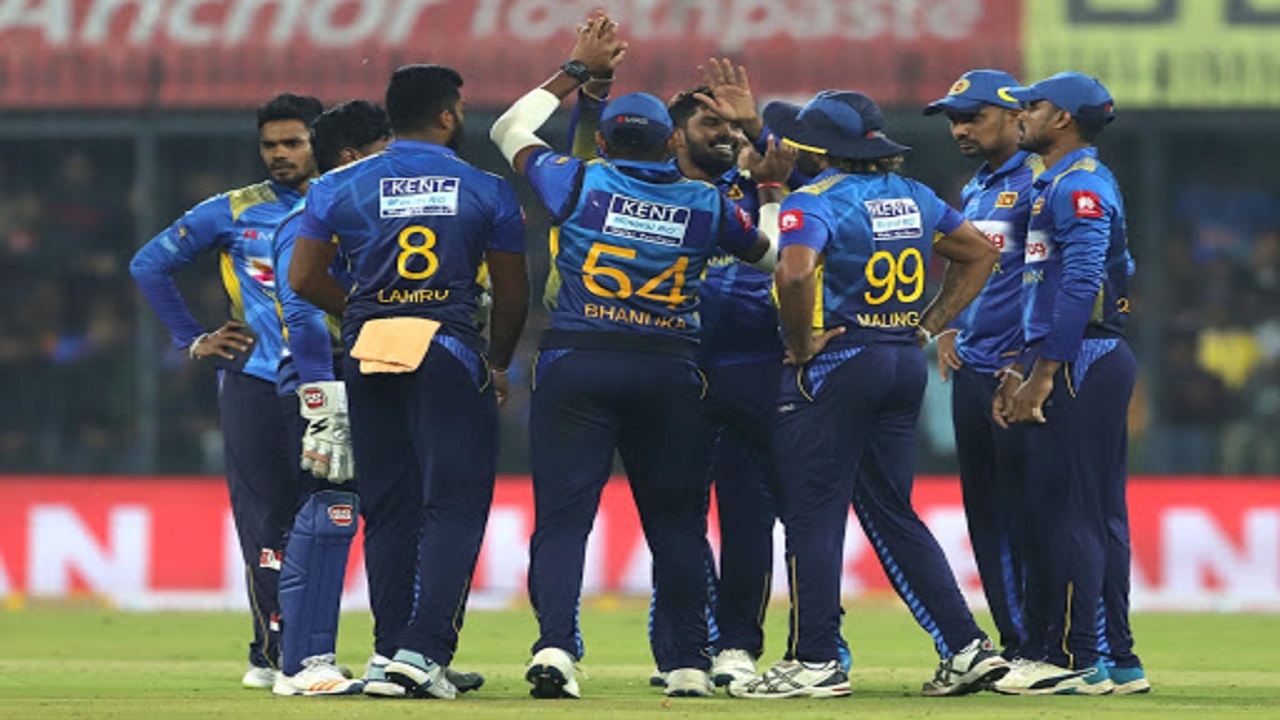 Sri Lanka have lost six out of their last seven T20I games in India, with the Guwahati match been abandoned. (Image credit: IANS)

Sri Lanka, on the other hand, have a lot to work on if they are to trouble the home team. The batsmen will have to make it count after getting starts, which they were not able to do in the second T20. All-rounder Isuru Udana being ruled out of the game is also a setback. Their main bowler, as put by skipper Lasith Malinga, did not bowl in Indore after injuring himself during warm-up. The Sri Lankans can definitely do with some experience in the batting. Angelo Matthews, who has made a T20 comeback after 16 months, was not picked for the second game in a row. But he could be in the eleven on Friday.

The weather, luckily in Pune is bright and sunny with no chances of rain. A maximum of 29 degrees and a minimum of 17 could see a little less dew as compared to either Guwahati or Indore. However, teams that win the toss could opt to bowl as batting becomes easier in the second innings.

Pune is unlikely to dish out the green deck which was used in 2016 for the first game between India and Sri Lanka. The pitch that could be used on Friday could be sluggish and aid the spinners. Kuldeep, Washington and Wanindu Hasaranga had great success in Indore and they could repeat the feat again in Pune.

The Maharashtra Cricket Association stadium has seen two Twenty20 Internationals being played with one win and one loss. They won the first game against England by five wickets in 2012 while four years later, they lost by a similar margin against Sri Lanka.