The Indian Women's Cricket Team Are On A High After Beating Defending Champions Australia In A Low-scoring Thriller At Sydney But They Will Not Be Taking Bangladesh Lightly After Having Lost To Them In Two Games Of 2018 Asia Cup.

Poonam Yadav will be the key again as India look to sustain their momentum following their win in the ICC Women's World T20 against defending champions Australia. (Photo Credit: Getty Images)

Group A is considered one of the toughest groups in the 2020 edition of the ICC Women's World T20. With the likes of New Zealand and Australia in the side as well as mercurial teams like Bangladesh and Sri Lanka, the India women's cricket team face a potential banana peel in every single game. However, Harmanpreet Kaur's side are riding high on confidence after beating four-time and current reigning champions Australia by 17 runs in the opening game in Sydney. Poonam Yadav's brilliant 4/19 and Deepti Sharma's crucial 49* paved the way for India to register their second consecutive win against Australia and they are now in pole position to stake a claim for the playoffs. They will now square off against Bangladesh at the WACA in Perth.

On paper, it might be a no-contest. Bangladesh have won only one match in three editions of the ICC Women's World T20 since 2014. India have registered comfortable wins against Bangladesh in past editions of the Women's World T20. However, they will not be wanting to take Bangladesh lightly. In the 2018 Women's Asia Cup held in Kuala Lumpur, Bangladesh won both their games against India. In the league game, they won by seven wickets and in the final, they won by three wickets off the last ball.

Times are changing when it comes to the Bangladesh cricket team in their rivalry against India. The men's national cricket team made a big mark in the 2007 World Cup and it was after their first win against India in Port of Spain. Recently, during the 2020 Under-19 Cricket World Cup final in Potchefstroom, Bangladesh created history by winning the final by three wickets for their first major ICC trophy. Now, it is the turn of the women's cricketers to upset the apple cart and beat India but it will be a tall task.

Bangladesh will also be riding a bit of confidence after winning the warm-up game against Pakistan in Brisbane by five runs. Jahanara Alam and Murshida Khatun were the stars and they will once again be the key along with Nigar Sultana and Fargana Hoque. Khadija Tul Kubra also bowled very well. For India, they will be hoping that the likes of Smriti Mandhana and Shafali Verma continue their great run and they carry on after an aggressive start. 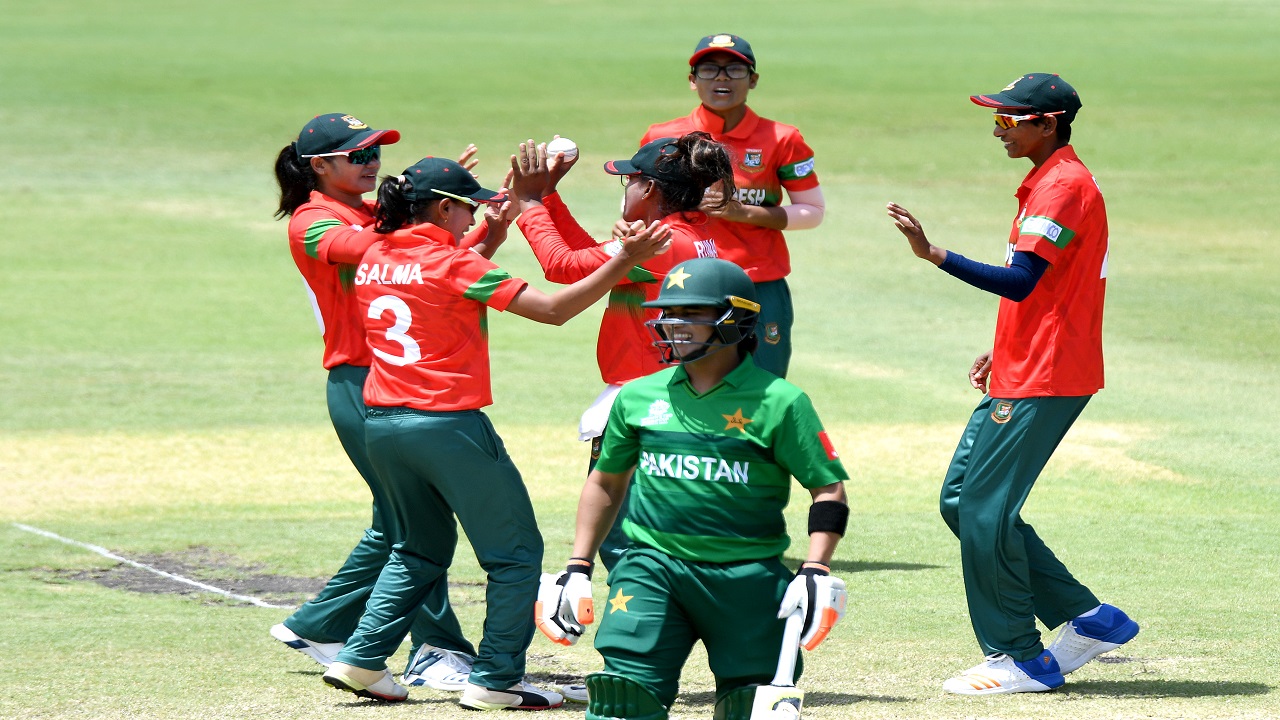 Harmanpreet Kaur will be aiming to be in the runs but it is the bowlers who give the side an X-factor, thanks to Poonam Yadav, Deepti Sharma, Shikha Pandey and Rajeshwari Gayakwad. India might go unchanged for this match and it will be interesting to see whether Bangladesh's bowlers get any help from the Perth wicket.

The weather in Perth is a bit dodgy with showers predicted for most of the day. Towards the night time, which will be the time India play their encounter against Bangladesh, the threat of showers lessens but it could still be a stop-start kind of a day. In a truncated game situation, the match could be evenly poised.

1 - Only once have Bangladesh ever won in the Women's World T20 and it came in the inaugural edition in 2014 where they defeated Sri Lanka in a close match.

2 - Bangladesh have won two matches out of 11 encounters against the Indian cricket team. Both those wins came in the 2018 Women's Asia Cup after losing nine consecutive matches against India. With the losing streak broken, India will be vary of the threat Bangladesh possess.

1 - Only one Bangladesh batter has scored a fifty against India in Women's T20Is. Fargana Hoque scored 52 during the 2018 Women's Asia Cup and she remains the only one to have hit a half century.

We can't be complacent with the victory (against Australia). We have to let go of those emotions now and focus on repeating all the good things we did. We want to make sure we have enough of a score for our bowlers to defend. At the same time, we can't be too ambitious with our strokes or risk being run short but we need to make sure we get enough runs on board - Veda Krishnamurthy says India will be focused.

We are not worried about the result between India and Australia. We are just focused on our own. We have been watching the opening matches of the tournament with keen interest and we are really excited to get going in this one. All our girls put their 100 per cent into the warm-up match against Pakistan and we hope to have a positive start at this World Cup - Bangladesh skipper Salma Khatun on the task ahead for Bangladesh.