Harmanpreet Kaur's Side Will Be Determined To Continue Their Winning Momentum As They Became The First Team To Qualify For The Semi-finals Of The ICC Women's World T20.

India became the first team to qualify for the semifinals of the ICC Women's World T20 when they defeated New Zealand by four runs. (Photo Credit: Getty Images)

The Indian women's cricket team are on a roll in the ongoing ICC Women's World T20. It is little surprise that they have become the first team to qualify for the semi-finals of the tournament. Their performances against Australia, Bangladesh and recently against New Zealand suggest that they are playing to a blueprint. Shafali Verma, the 16-year-old opener who is already causing some waves in Australia, has been the prime aggressor at the top and she has been the x-factor in the Indian team. Apart from Verma, it is the trial by the Indian spinners that have caught everyone off guard.

Poonam Yadav, Deepti Sharma, Rajeshwari Gayakwad and Radha Yadav have been in top form. All other teams have struggled to cope with Poonam Yadav's slowness and guile while Deepti Sharma has been accurate. Rajeshwari Gayakwad and Radha Yadav were in superb form and it was their contribution which allowed India to claw back into the contest every single time.

However, during the clash against New Zealand, Amelia Kerr might have uncovered the kryptonite to Poonam Yadav's slow bowling. Moving across and hoicking a delivery to fine leg served her well and she managed to hit 16 runs in one over, only three runs short of what Australia managed in their entire four overs facing Poonam Yadav.

Sri Lanka would be wanting to take the lessons from the assault by Kerr and use it to their advantage. In their games against New Zealand and Australia, they had their chances but they failed to capitalise. Chamari Athapaththu gave Sri Lanka a great start against New Zealand but the rest of the batting collapsed. Against Australia, Athapaththu played a lone hand again but indisciplined fielding from Sri Lanka failed to back Udeshika Prabodhani's early strikes and they lost a close encounter by five wickets. Sri Lanka would be hoping to put in a strong performance and end the tournament on a high.

The weather at Junction Oval, Melbourne for India's final league game is partly cloudy with only 10 percent chances of rain. The rain might not play a big part in the outcome of the result and both teams can expect a full match being played. Pitch Report The pitch used in the game between India and New Zealand was slow, low and sluggish with strokemaking becoming incredibly difficult. With spinners on both teams effective, India and Sri Lanka might face trial by spin and we could be in for a low-scoring thriller.

Smriti Mandhana came back after fever and she will once again be the lynchpin around which the entire top-order revolves. With Radha Yadav also making a mark in the game against New Zealand, Arundhati Reddy could continue being on the sidelines. There might not be significant changes in the Sri Lankan team as well. 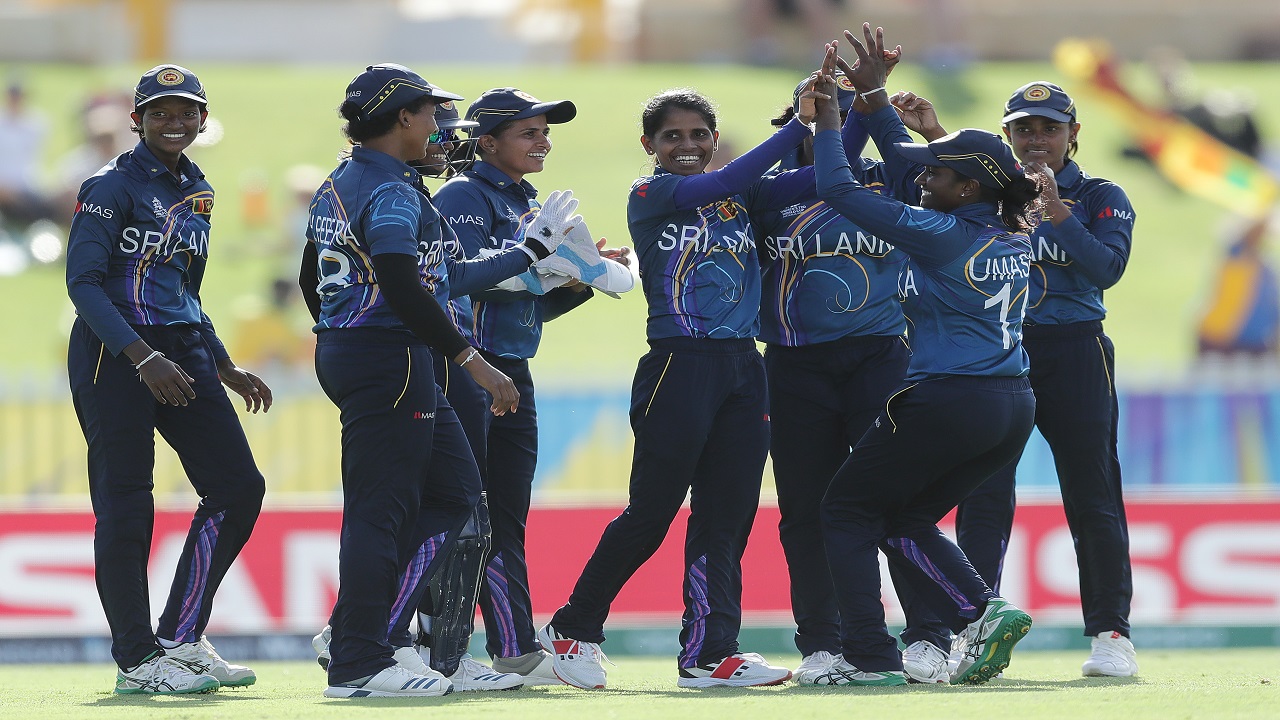 Sri Lanka came close in both of their encounters against Australia and New Zealand. (Image credit: Getty Images)

Past Record At Junction Oval

This was the first match played at the Junction Oval in Melbourne in the ICC Women's World T20. Before this, there was a tri-series played which involved England, Australia and India. India lost their first encounter against England by four wickets while they defeated Australia by 16 runs. However, when they reached the final, they suffered a cataclysmic collapse of 7/29 to lose by 11 runs against Australia.

Sri Lanka are still considered the minnows of the Women's cricket team but they have had their fair share of great moments in the ICC Women's World T20. They defeated Pakistan in their very first encounter but since then, they have not had much success in this tournament. The only time they defeated India was in the 2014 edition of the tournament where they won by 22 runs in Sylhet, Bangladesh. On current form, India are the favorites against Sri Lanka as they have better spinners and batters.