The Indian Women's Cricket Team Have Endured A Fairytale Run In The Ongoing ICC Women's T20 Tournament And They Will Be Aiming To Create History By Beating Australia In The Final At The Melbourne Cricket Ground And Win The ICC Women's World T20 For The First Time.

India will be gunning for their first ICC Women's World T20 title while Australia are the four-time champions gunning for a fifth crown. (Photo Credit: Getty Images)

After 22 matches in the ICC Women's World T20 contest in Australia, we have our top two teams who will battle out in the final. India, under the leadership of Harmanpreet Kaur, will take on four-time champions Australia at the Melbourne Cricket Ground. The occasion will be historic as over 70,000 people are expected to attend this match which will take place on March 8, which is also International Women's Day. Under the leadership of Harmanpreet Kaur, the India women's cricket team has played with clarity and without fear.

The fearlessness is embodied in the exploits of 16-year-old Shafali Verma, who is currently the No.1 T20 player in the world and has scorched her path to huge success in Australia. Smriti Mandhana is one big knock away while Harmanpreet Kaur will be aiming to get back to her best against a side where she has often defined her greatness. The spin trio of Radha Yadav, Deepti Sharma and Poonam Yadav are all set to bamboozle Australia like they did in Sydney. The greatest challenge for the Indian cricket team could be themselves and perhaps the occasion of a big crowd present.

During the 2017 ICC World Cup final in Lord's, India were blown away by the support England received as they lost by nine runs. In 2018, the wrong team composition resulted in a massive loss for India while in 2019, the tri-series final saw them losing seven wickets for 29 runs to lose by 11 runs. The Indian cricket team have struggled in the knockout stages ever since 2014 and fittingly, on International Women's Day, it could be the women cricketers who end the streak. 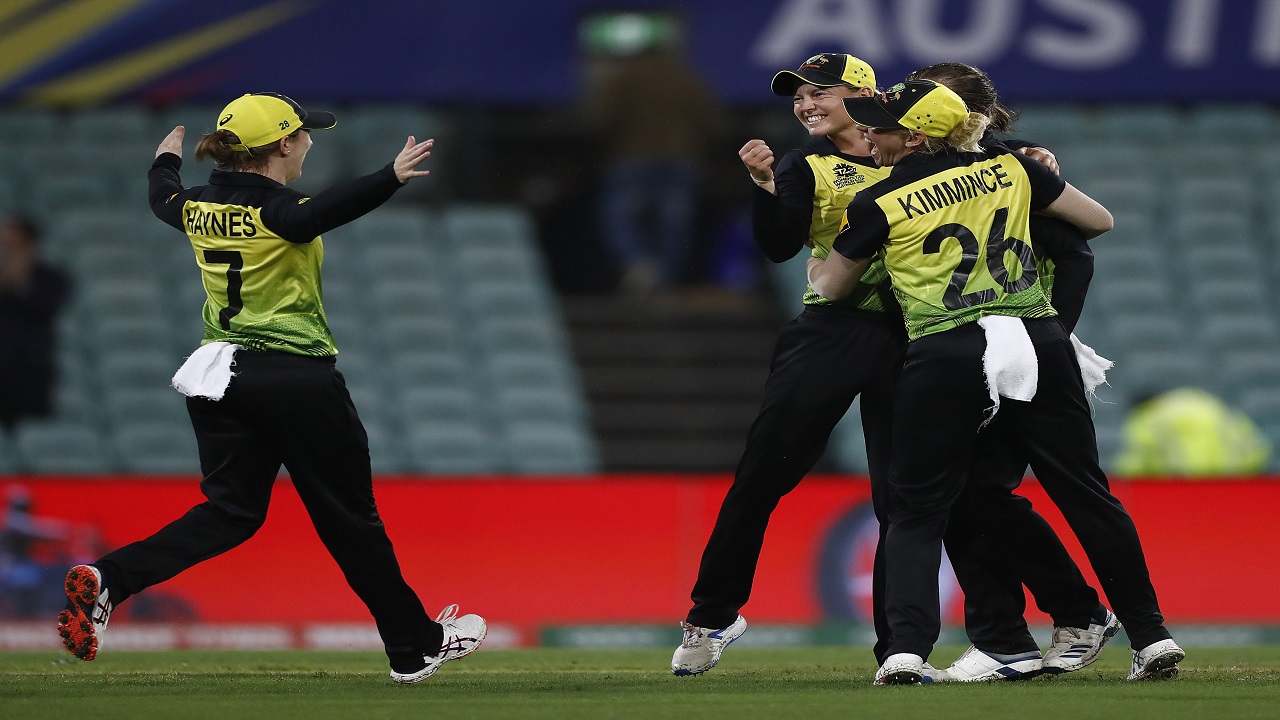 Australia are the four-time champions and they will be bidding to win the title at home for the first time. (Image credit: Getty Images)

Australia, on the other hand, are world champions for a reason. They overcame the wet conditions and the spirit of South Africa as they won a close match by five runs. With an injury to their talisman Ellyse Perry, Australia will be facing an uphill battle against an opponent who has beaten them more consistently in the last couple of years. However, on the final stage, Australia transform themselves into a different unit. Their aptitude in a knock-out stage, the ability to handle pressure brilliantly makes them one of the best teams. The match will be a close one and in one way or the other, history will be created in Melbourne on March 8.

The weather is expected to be partly cloud with a maximum temperature of 22 degrees at the Melbourne Cricket Ground. There is a 10 percent chances of rain but that might not play a big part in the match. Unlike Sydney, the forecast is for good weather which will not see the game go into the reserve day.

India are currently on a roll in the ICC Women's T20 contests against Australia. In 2018, they defeated Australia in Providence, Guyana and in 2020, they registered their second straight win thanks to Poonam Yadav's 4/19 at the Sydney Showcause ground. India and Australia have a 2-2 head-to-head record in clashes in the World T20.

One can watch India vs Australia ICC Women's World T20, Final live streaming on Hotstar in India. The TV broadcast of the match will take place on Star Sports Network which includes Star Sports 1 and Star Spots 3 Hindi. The match will begin at 12:30 PM, with the toss at 12 PM and it will be played at the Melbourne Cricket Ground.