Prithvi Shaw, Who Was Banned For Eight Months Due To A Doping Offence, Has Opened Up On The Mental Scars Of The Ban And Has Also Revealed How He Is Coping Up With The Coronavirus Pandemic Lockdown In India.

Prithvi Shaw's technique was dissected by the likes of Tim Southee, Kyle Jamieson and Trent Boult as he had an underwhelming series against New Zealand. (Photo Credit: Getty Images)

Prithvi Shaw had a torrid 2019 due to injury and a doping ban. After starting brilliantly, Shaw injured his ankle in the tour of Australia that forced him to miss the entire tour. Prithvi Shaw tried to make a comeback with some solid domestic performances but he was handed an eight-month doping ban. The failed dope test was because he had a cough syrup which he didn't know contained a banned substance.

In an exclusive interview to Times of India, Prithvi Shaw has opened up on the mental scars during the doping ban. "You have to be careful about what you consume. Even a simple drug like paracetamol. Even if you take a small medicine, you must get it approved with your doctor or the BCCI doctors. It's better to ask the doctors about the banned substances and take necessary precautions so that you don't get into trouble. I have learnt a lesson from this and will not repeat it. Even if I am having a basic medicine, I run that through the BCCI doctors to ensure that there are no banned substances in it. Time away from cricket was a difficult period for me. It was a torture. It should not happen to anyone," Shaw said.

After once again making a comeback following the end of the ban, Shaw had a decent series against New Zealand but he failed to notch up some consistent scores. The Mumbai youngster was picked in the ODI series against South Africa but the series was postponed due to the coronavirus pandemic. With cricketing activity all over the world stalled, India is under a 21-day lockdown imposed by Prime Minister Narendra Modi to contain the coronavirus pandemic. With nothing much to do, Prithvi Shaw has opened up on the activities that he is doing to keep himself occupied during the lockdown.

"I'm trying to learn how to cook. I play some carrom. I'm watching some of my old videos and analysing them. And finally, I use my play-station to kill time. I am ensuring that I stay fit by following an in-house workout routine. I have a proper diet plan. With respect to my cricket, I am using this time effectively to analyse my previous games and take lessons from it to improve. I'm also reading some of the autobiographies of sporting legends," Shaw told the Times of India.

In the series against New Zealand, Shaw's technique was dissected by the likes of Tim Southee, Kyle Jamieson and Trent Boult as he had an underwhelming series. There was criticism over his technique and about his mindset. In the Christchurch Test, he tried to attack but he still could not convert it into a big score. Shaw explained that there was plenty of clutter in his mind which did not allow him to bat to his full potential. 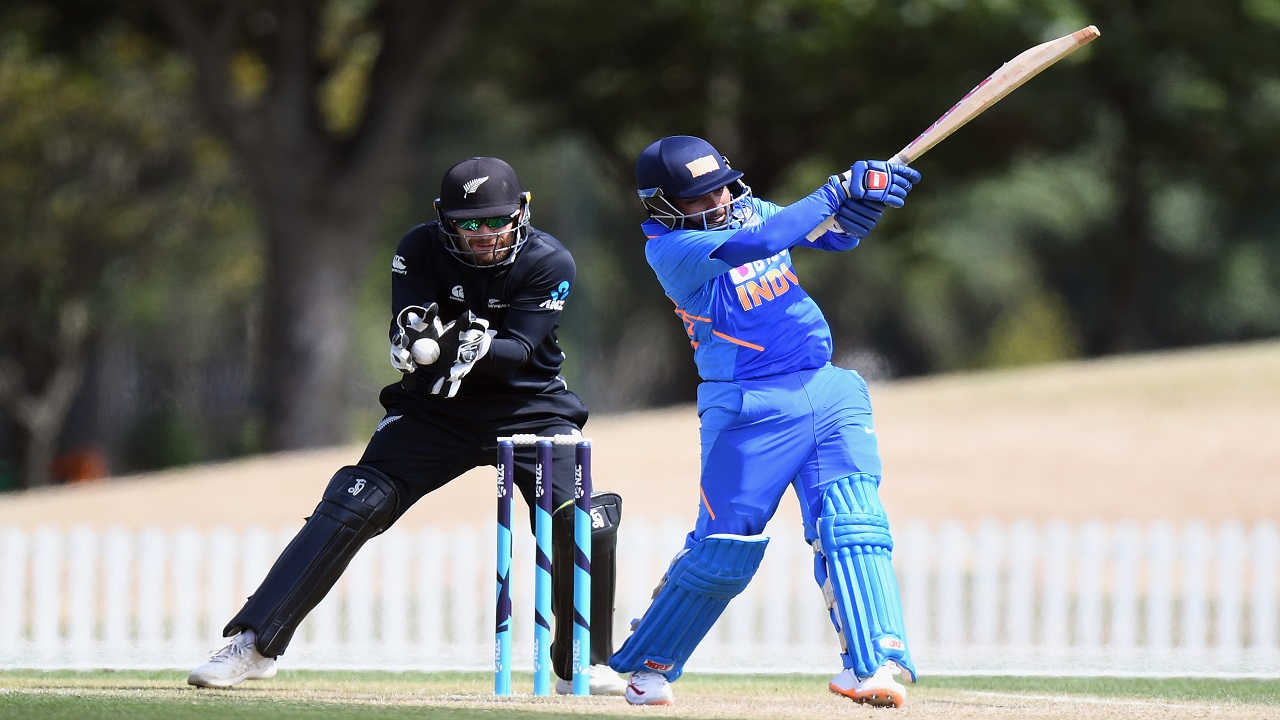 Prithvi Shaw missed 2019 due to a doping ban and an injury he sustained in the tour of Australia. (Image credit: Getty Images)

"In New Zealand, there were a lot of short balls directed at us. I was prepared for it, as a lot of bowlers have bowled short-pitched balls at me. I know that in the future too, there will be a lot of short balls bowled at me. The strongest part of my game is my back foot, which helped me play short deliveries. However, sometimes, it does happen that even though it is your favourite area, you tend to get out there. I can do a bit better by leaving the short balls. On this tour, I was in two minds about whether to leave them or play at them. Next time, if a short ball comes, I will play it with an uncluttered mind," Shaw said.

When asked as to about the kind of shots that he played, Shaw backed his natural instinct. "I like to play shots at the start as the field is up that time. That's my natural game. I am the kind of player who will try to dominate the bowlers as soon as possible and so I like to play my shots. I think it's good for the team as well that I play my natural game. There will be wickets on which you won't get that many runs in the first 5-6 overs. But in those overs, if you try and play your natural game and keep the scoreboard ticking, except leaving the balls which are outside the off stump, then you feel less pressure," Shaw said.