Quinton De Kock Started His Captaincy Tenure On The Ultimate High With A Seven-wicket Win Against England As He Slammed A Magnificent Century To Pull South Africa Out Of The Gloom.

Heading into the first ODI at Newlands, Cape Town, both England and South Africa were on the opposite ends of the spectrum when it came to confidence. England's Cricket Team had won the Test series 3-1 after losing the Centurion Test and were playing their first ODI since becoming the world champions by getting the better of New Zealand in the ICC Cricket World Cup 2019. South Africa, on the other hand, were battling doubts over their competitiveness after their prolonged slump in Tests as well as behind the scenes administrative battles. Quinton de Kock had a big challenge in his first stint as captain but he stepped up and led from the front. De Kock slammed his 15th century and helped South Africa take a 1-0 lead in the three-match series with a seven-wicket win in the first ODI on Tuesday.

De Kock was superb with his field placings and he rotated the bowlers brilliantly in restricting England despite Joe Denly's gutsy 87. With the bat, de Kock notched up his century and Temba Bavuma's wonderful 98 helped South Africa give themselves a hope of a positive future. South Africa chose to bowl on a sluggish deck but Jason Roy, along with Jonny Bairstow, gave England a fast start. Roy followed the template which had served England well in the last year and he gave them an aggressive start.

The partnership went past fifty but JJ Smuts struck when he dismissed Roy for 32 while Andile Phehlukwayo removed Baisrtsow for 19. Joe Root and Eoin Morgan looked to stitch a solid stand but Root was run-out by Rassie van der Dussen while Morgan was sent back by Tabraiz Shamsi. Tom Banton was also undone by Shamsi while Sam Curran was bowled as England lost four wickets for 48 runs. Denly, though, held firm as wickets kept falling but he found valuable support from Chris Woakes.

Denly neared his fifty with two fours off Phehlukwayo and the partnership with Woakes went past fifty. The South African bowlers, though, maintained their discipline and made boundary-hitting difficult. Lutho Sipamla broke the 91-run stand when Woakes departed for 40. Denly launched a six off Beuran Hendricks and was dropped by Smuts but he failed to reach a century as he fell for 87 in the final over. Only 32 runs came in the last six overs as England ended on a below-par 258/8.

In response, Woakes sent back Reeza Hendricks cheaply for 6 but Bavuma, whose omission from the Test team had caused so much controversy, stitched a brilliant stand with De Kock. Bavuma made a strong case for a long-term place in South Africa's one-day team. A veteran of 40 Tests, he had only played in two previous ODIs, both relatively low-key games in which he made 113 against Ireland in 2016/17 and 48 against Bangladesh the following season. Batting at number three, Bavuma was largely untroubled, hitting the ball crisply, while he and De Kock seemed to have an almost telepathic understanding in their rapid running between wickets. 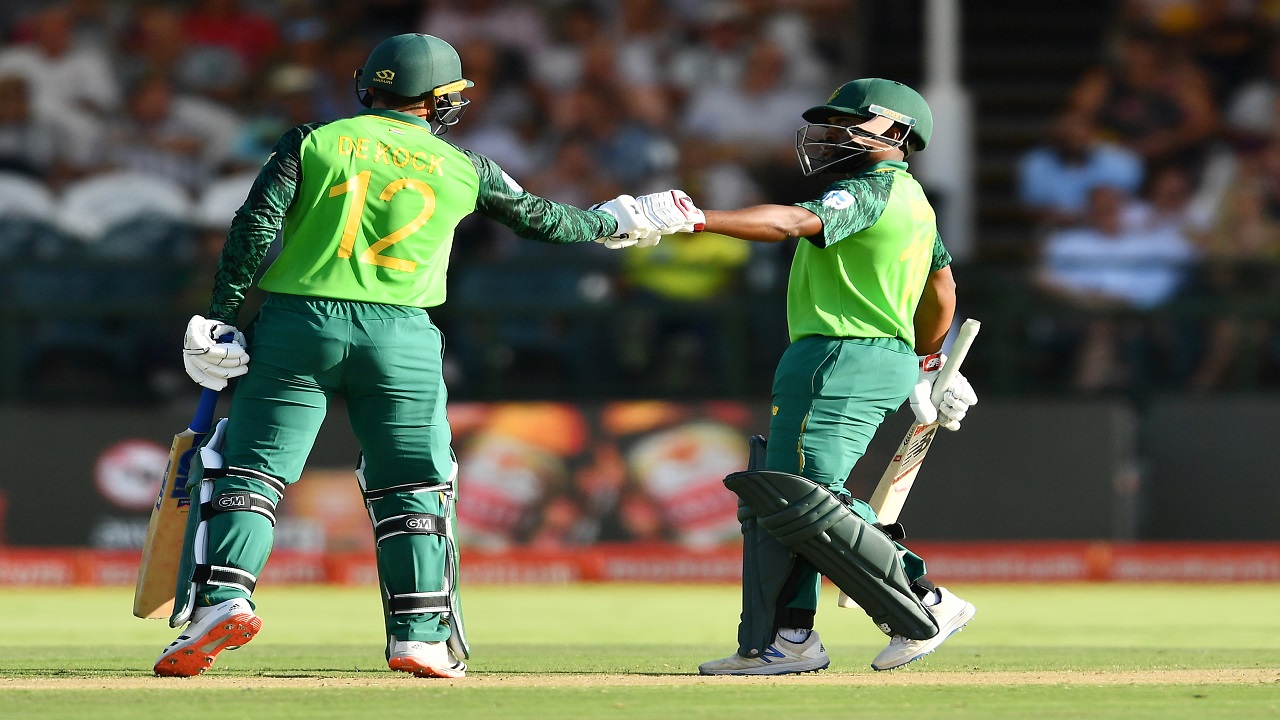 The partnership went past fifty and Bavuma was the more aggressive of the lot, smashing boundaries at will. De Kock went past his fifty and he signalled his intentions with a big six off Tom Curran. Bavuma matched him stroke for stroke as he clobbered two sixes off Denly and Woakes to take the partnership past 100. De Kock became the second fastest South African to go past 5000 runs and he notched up his 15th century in grand style by hammering two fours off Matthew Parkinson.

The standing ovation from the Newlands crowd showed how much the South African public needed this kind of knock but he was soon cleaned up by Joe Root. Bavuma neared his ton and Rassie van der Dussen stroked some boundaries as South Africa neared the target. However, on 98, Bavuma suffered heartbreak as he was trapped LBW by Chris Jordan. However, van der Dussen and Smuts ensured there were no more hiccups and South Africa coasted to a victory.

Speaking after the match, De Kock said they focused on the basics as boundary-hitting was difficult. "We understood it was pretty difficult to hit boundaries. It was a matter of finding a way to get momentum and we understood that running hard between the wickets was the way to go about it," De Kock said.

Morgan, the England skipper, admitted that there were not enough runs on the board. "We were way off the mark. South Africa completely outplayed us in every department. Every batsman apart from Joe Denly and Chris Woakes struggled to get on. South Africa bowled well, they bowled accurately and used the conditions with slower balls. (Then) the partnership between De Kock and Bavuma we couldn't penetrate," Morgan rued.