Quinton de Kock was blasting sixes at will in Kingsmead. His eight sixes resulted in a 17-ball fifty, which is the fastest by a South African in Twenty20 Internationals breaking the previous record set by AB de Villiers. When he fell, England pulled things back slightly but Rassie van der Dussen helped South Africa close in on the target which was in excess of 200. Dwaine Pretorius smashed a six and a four as three runs were needed off two balls in the final over bowled by Tom Curran. However, just like in East London, there was drama. In the first match, England choked. In Durban, it was South Africa. Curran trapped Pretorius LBW and Bjorn Fortuin holed out to short fine leg as England levelled the three-match series in style with a narrow two-run win on Friday.

When England's batsmen chipped in consistently to boost England to 204/7, it looked like South Africa would face an uphill struggle. However, Temba Bavuma and De Kock had other ideas. Bavuma got going with a couple of boundaries and de Kock showed his intent with a four off Moeen Ali. The South Africa skipper smashed a six over fine leg off Chris Jordan as Bavuma was offered a reprieve. As the powerplay ended, de Kock switched on his beast mode. The left-hander blasted three sixes off Moeen and neared his fifty with two more sixes off Curran.

De Kock notched up his fifty with another huge six off Adil Rashid and Bavuma was given another life when the DRS overturned an LBW decision. De Kock continued to murder the England bowling as he swung his eighth six to deep square leg and looked ominous with a boundary off Mark Wood. England, though, found the opening they needed as De Kock mistimed a high full toss, which was just below the waist to deep midwicket for a brilliant 22-ball 65. Wood struck again when Bavuma gloved a short ball but South Africa were in a good position at 101/2 in the 10th over. 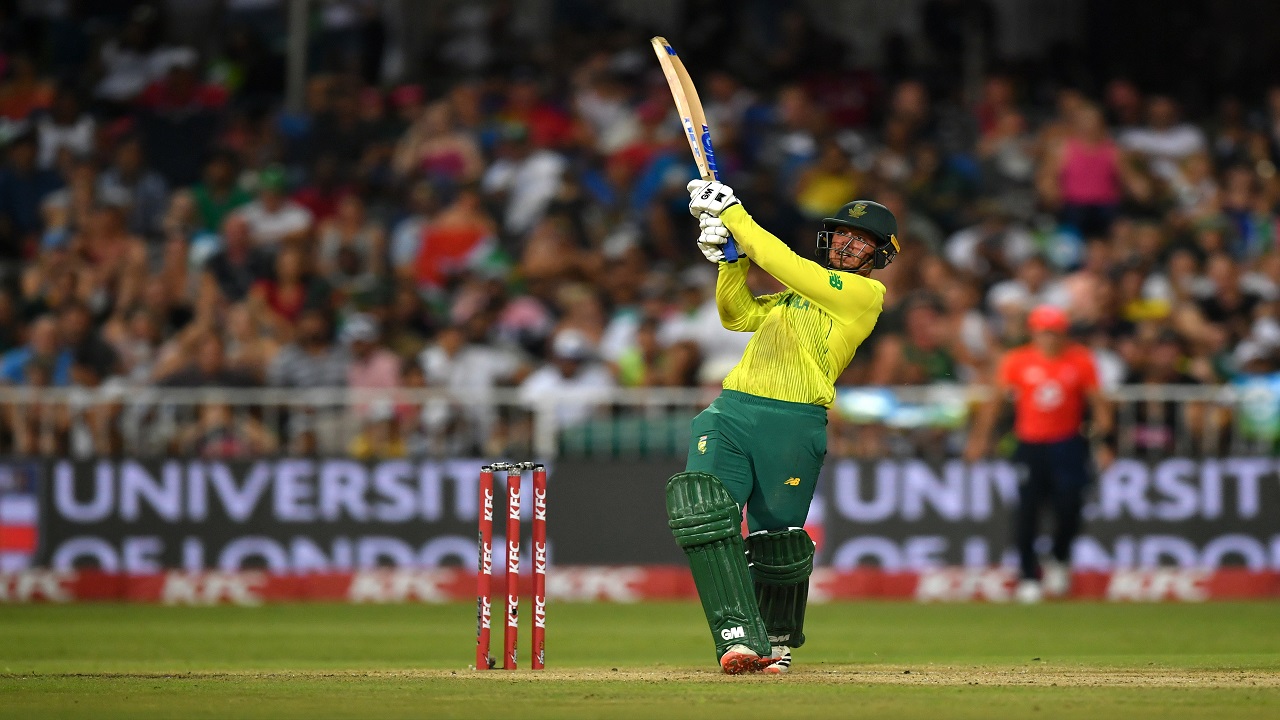 David Miller kept the fight going with two sixes off Rashid but in the 12th and 13th over, England gave away just nine runs with Ben Stokes getting rid of Miller. The game seemed to be slipping away from South Africa but Rassie van der Dussen smashed a four and a six off Stokes. Smuts also hit a six off Curran but he was bowled by Jordan and when Andile Phehlukwayo was sent back for 0, the Proteas needed 45 off 18 balls. van der Dussen once again lifted South Africa with two sixes and a four off Mark Wood.

When Pretorius hit a four off Jordan, South Africa needed 15 runs in the last over. Curran bowled a dot ball but Pretorius blasted a six and four and after two runs, South Africa seemed to be heading over the finish line but like in East London, the tables were reversed and South Africa 'choked' to lose the game by two runs.

England suffered a jolt after they were inserted in when Jos Buttler's poor form continued as he was dismissed by Lungi Ngidi for 2. Jonny Bairstow and Jason Roy continued the fine work as they struck boundaries at will. Roy smashed a six and a four off Beuran Hendricks as England ended the powerplay on 55/1. Bairstow pummelled two sixes off Phehlukwayo but he was dismissed for 35 off 17 balls. Eoin Morgan looked good with a couple of fours but South Africa were boosted when Roy was sent packing by Tabraiz Shamsi for 40. Morgan looked good but Stokes struggled for timing as South Africa pulled things back in the middle overs.

Morgan fell to Pretorius and Joe Denly fell to Phehlukwayo. Moeen, though, showed he wanted to change the game and he got going with a six off Phehlukwayo. Moeen showed his class with two sixes and a four off Hendricks and in the next over bowled by Ngidi, Moeen smashed a six and two fours but was dismissed for a staggering 39 off 11 balls.

Jordan and Stokes found the boundary and England's star all-rounder took England to 200 with a six off Ngidi. The assault by Moeen resulted in England scoring 68 runs in the last four overs and it was just about enough to take the series into the decider.