The India Vs South Africa ODI At The HPCA Stadium In Dharamshala Is In Danger Of Getting Washed Out Due To Rain On Thursday And Locals Are Offering Prayers In Order To Appease The Rain Gods.

The match between India and South Africa is under threat at the HPCA stadium in Dharamshala as rain threatens to create havoc. (Photo Credit: Getty Images)

India are all set to host South Africa for the first of three ODIs and the match will take place at the HPCA stadium in Dharamshala on Thursday. Virat Kohli's Indian cricket team will be looking to bounce back after the 3-0 drubbing against New Zealand while South Africa are on the ultimate high after whitewashing Australia 3-0 in the recent ODI series. However, there is a major problem heading into the clash in Dharamshala. The forecast for Thursday is 100 percent chances of rain. Thundershowers are predicted for Thursday, the day of the match, and Friday because of a fresh western disturbance over north Pakistan and adjoining Jammu and Kashmir. It has been raining since Tuesday night.

A heavy spell of thundershowers also lashed the hill town just after the team's practice sessions on Wednesday, forcing the ognaisers to cover the entire playing area. This will not be the first time that rain has played havoc in the game involving India and South Africa. In the 2019 Twenty20 International which was held in September, the game in Dharamshala was abandoned without a ball being bowled. Locals, fans and the organisers have offered prayers at the Indru Naag Temple in the hills overlooking the stadium, in an attempt to appease the rain god.

Only 16,000 tickets out of 22,000 were sold till Tuesday for the series opener at the picturesque Himachal Pradesh Cricket Association (HPCA) Stadium. The numbers, though, are expected to rise as the orgainsers are still awaiting sales figures from online partners paytm. Not a single journalist from South Africa is touring with the national team for the series. The HPCA, on its part, have put in place huge hoardings both inside and outside the ground, educating people on precautionary measures against coronavirus. 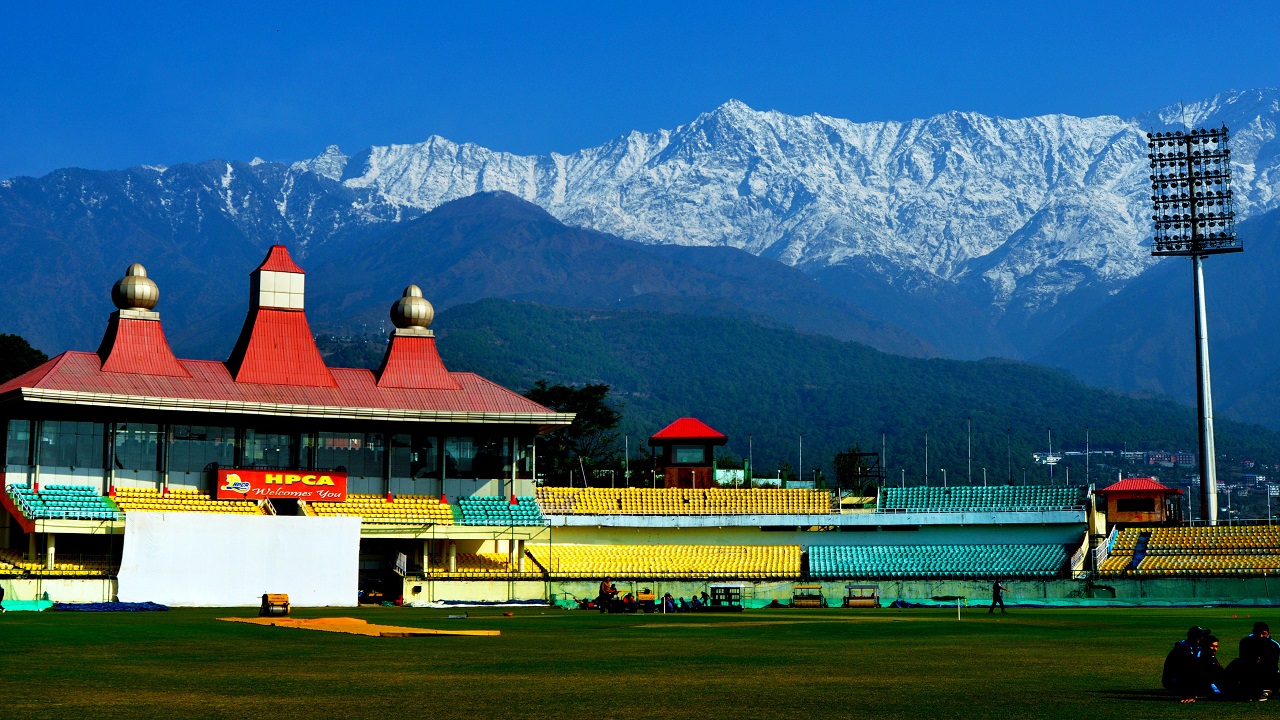 Dharamshala could not host the T20I between India and South Africa due to rain in September 2019. (Image credit: Getty Images)

Ahead of the first ODI between India and South Africa in Dharamshala, India pacer Bhuvneshwar Kumar has said precautionary steps are being taken in the wake of the Coronavirus epidemic and this involves limiting the use of saliva to shine the white ball.

There have been other dos and donts for the Indian cricket team. "Few dos and don'ts which the team doctor wants us to do. Simple things like maintaining hygiene, keep washing your hands regularly and not going closer to fans and all those things. But we cannot avoid fans because they love us, they support us. In the meantime, we can try and not get too much closer to them. We can avoid as much as we can. But, we are taking every precaution we can take. We have a team doctor with us and he is giving us instructions about dos and don'ts. So we hope it won't go (spread) much further," Bhuvneshwar said.