Ravi Shastri, The Coach Of The Indian Cricket Team, Has Said With Cricket In A Total Lockdown Due To The Coronavirus Pandemic, This Is A Chance For Virat Kohli's Team To Have A Much-deserved Break And Refresh Themselves.

Ravi Shastri said the Indian cricket team will get plenty of rest due to the coronavirus pandemic that has locked down cricket. (Photo Credit: Getty Images)

Ravi Shastri and the Indian cricket team have been on the road for close to a year. In 2019, India played a series in Australia and New Zealand before getting into the rigorous schedule of the Indian Premier League. After the end of the IPL, India played in the World Cup where they were eliminated in the semi-final by New Zealand. Virat Kohli's India then went on a series to the West Indies and after that, they had a tough home season against South Africa, West Indies and Bangladesh. After that, they embarked on a full tour of New Zealand after 10 years where they secured a 5-0 whitewash in the T20Is but were blanked out 3-0 and 2-0 in the ODIs and Tests.

India were playing three ODIs against South Africa but with rain washing out the first game without a ball being bowled in Dharamshala and with the remaining two games postponed due to the outbreak of the coronavirus pandemic, the Indian cricket team are now without action. The coronavirus has put a massive cloud over IPL 2020 after it was postponed to April 15 but even that resumption seems difficult due to PM Narendra Modi's annoucement of a 21-day lockdown.

Speaking in a Sky Sports podcast, India cricket team head coach Ravi Shastri said the 'forced break' was welcome as that will help the Indian players to overcome the fatigue. "(This rest) cannot be a bad thing because towards the end of the New Zealand tour, you could see some cracks coming up when it came to mental fatigue, physical fitness and injuries. The amount of cricket we have played over the last ten months, that was beginning to take its toll. Guys like me, and some other guys from the support staff, we left India on May 23 for the World Cup in England. Since then we have been at home for 10 or 11 days. There are certain players who played all three formats, so you can imagine the toll it has taken on them, especially being on the field, adjusting from T20s to Test match cricket and all the travel that goes with that because we travelled quite a lot," Shastri said.

Following the end of the Dharamshala ODI, there were doubts over whether the games in Lucknow and Kolkata on March 15 and March 18 would go ahead as planned due to the coronavirus pandemic surging across the world. Intial reports suggested that the games in Lucknow and Kolkata would be played behind closed doors and with no spectators. However, as the days progressed, it became clear that the series would be postponed and the announcement was made on March 14 with both India and South Africa players already arriving in Lucknow. 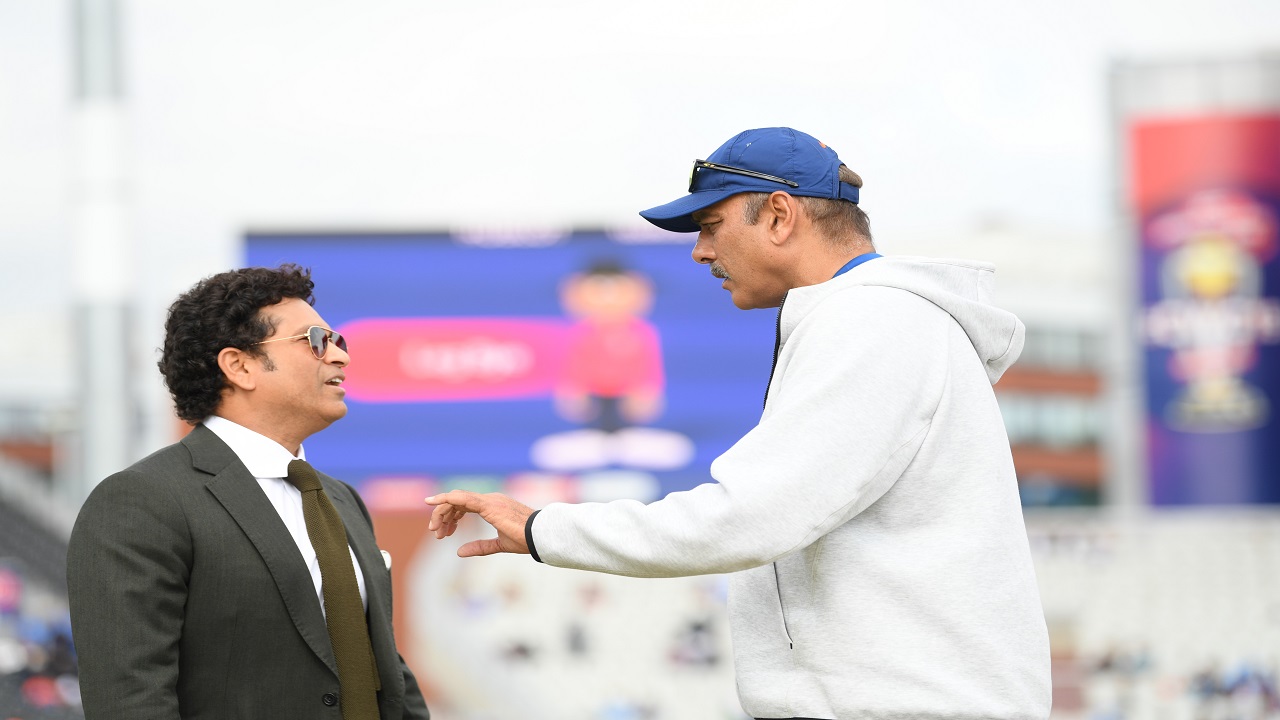 The Indian cricket team were playing non-stop cricket since 2019 which included even the World Cup. (Image credit: Getty Images)

Shastri said that in such a situation, players could play a role by spreading awareness about this pandemic. "As players, you have a lot of responsibility. That's why the message is very clear that cricket should be last on everyone's mind now. I think the most important thing is safety and not ensuring just your safety but ensuring safety of others as well, by creating a kind of awareness that tells people there is something serious around. Virat has done it, a lot of other players have done it by posting certain messages on social media. They knew that it's something very serious and there could be a hold up in cricket for some time," Shastri said.