Ricky Ponting Blasted A Magnificent 140 And Damien Martyn Batted With A Broken Finger To Smash 88 As Australia Decimated India By 125 Runs To Win The 2003 ICC World Cup In South Africa.

On March 23, Ricky Ponting shared a photo of his two bats on Twitter. The caption read, "Given we've all got a bit of time on our hands as we stay at home, thought I'd go through what I've kept from my career and share some of it with everyone on a regular basis - this is the bat I used in the 2003 World Cup final." After 17 years, the world finally got to see the magic willow Ponting used which decimated India and broke a billion hearts. During the 2003 World Cup final between India and Australia at the Wanderers in Johannesburg, Ricky Ponting put on an exhibition that saw Australia dominate the tournament and win the title for the third time. Heading into the 2003 World Cup, both Australia and India had contrasting build-ups. India were hammered by swing and seam in New Zealand to lose 2-5 in the ODIs and 0-2 in the Tests.

Australia, on the other hand, were the dominant superpowers but their preparation was interrupted by the shock news of Shane Warne having failed a drug Test and was handed a one-year ban. India had a decent start, beating Netherlands in their opening game while Australia recovered from a horror start against Pakistan thanks to Andrew Symonds’ brilliant 143. However, when the two teams clashed in the league stages, Australia thrashed India by nine wickets and from that point on, they showed their resilience.

Given we've all got a bit of time on our hands as we stay at home, thought I'd go through what I've kept from my career and share some of it with everyone on a regular basis - this is the bat I used in the 2003 World Cup final. pic.twitter.com/meoBP6NJvg 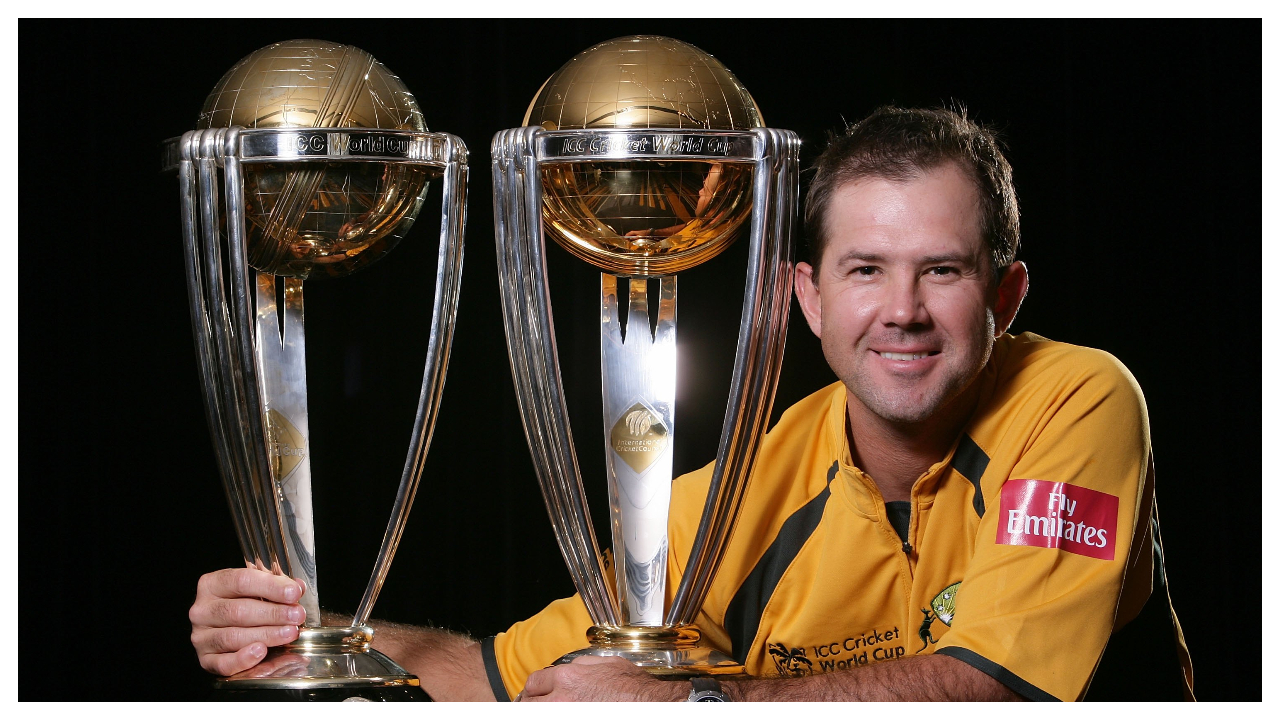 The two-time champions held their nerve against New Zealand and England but India staged a recovery, beating Zimbabwe and getting the better of England and Pakistan. In the super-six stage, both teams were undefeated. Australia entered the final beating Sri Lanka while India got to their first final in 20 years by beating Kenya in Durban.

In the final, Sourav Ganguly surprised everyone by opting to field against a peer-packed Australia side. The loss in the league stages resulted in a total miscalculation in the conditions and Zaheer Khan’s first over, which leaked 15 runs, set the tone of the game. Adam Gilchrist and Matthew Hayden set the foundation with a 105-run stand, with Gilchrist scoring his second successive fifty in the final. However, Harbhajan Singh accounted for both Gilchrist and Hayden but the stage was set for Ponting and Martin to create some magic. Both batsmen were scoring at a good rate and they built a superb partnership. In the 39th over, Ponting blasted two sixes off Harbhajan and the platform was set for decimation.

Both batsmen found the boundary on a regular basis and Ponting blasted eight sixes in total as he notched up a brilliant century off 103 balls. Martyn, too, gave him good company as Australia blasted 133 runs in 12 overs to finish on 359/2, with Ponting unbeaten on 140 off 121 balls and sharing a partnership of 234 with Martyn for the third wicket. The game was sealed for Australia when Sachin Tendulkar, the leading run-getter in the 2003 World Cup, was dismissed in the first over when he top-edged a pull shot to be caught and bowled for 4.

Virender Sehwag kept India in the hunt with some blazing hits and India’s hopes rose when there was a rain delay for close to 30 minutes. However, it was all in vain and when Sehwag fell foe 82, India were bowled out for 234 as Australia clinched the World Cup title. Ponting’s assault cemented his reputation as one of the greatest players to come out of Australia while the 2003 win was only the zenith of an Australian domination that would last the entire first decade of the 21st century.