Rishabh Pant Suffers Concussion In Mumbai ODI vs Australia, To Not Keep Wickets

Rishabh Pant Suffered A Concussion During His Dismissal In The Mumbai ODI Against Australia And KL Rahul Was Keeping Wickets During The Australian Innings.

Rishabh Pant was diagnosed with a concussion after being dismissed in the Wankhede ODI against Australia. (Photo Credit: IANS)

Rishabh Pant and Ravindra Jadeja were trying to help India stage a recovery after a disastrous middle overs period in which the Indian cricket team had lost four wickets for 30 runs in the Wankhede ODI on Tuesday. Pant came to bat after Virat Kohli had fallen to legspinner Adam Zampa for the fourth time while Jadeja entered the crease after Shreyas Iyer edged a full delivery angled across to the keeper. Pant had shown his intentions when he got off the mark by driving a flighted delivery to deep extra cover but with wickets tumbling, he tried to bat through the innings.

Jadeja was the one who broke the shackles with a slog swept six off Ashton Agar and he got going with a boundary off Mitchell Starc. As the death overs approached, both batsmen struggled and Pant opted for a change of bats. In the 42nd over bowled by Agar, Pant muscled a six over deep midwicket and then pummelled a four to the same region as he looked to get going.

However, in the space of two balls, Jadeja was taken by Kane Richardson but Pant's dismissal was bizarre. Cummins pounded a short ball on off and middle stump at pace, Pant looked to pull but was a bit late on the stroke, the ball took the top edge and hit his helmet hard. The ball lobbed up to backward point and umpire Shamshuddin raised the finger after a delay. Pant walked back to the pavilion for 28.

However, when the Australian innings started, KL Rahul was spotted keeping wickets and Pant was nowhere to be seen. Manish Pandey was the substitute fielder. A medical update was provided which said, "Pant has got a concussion after being hit on his helmet while batting. KL Rahul is keeping wickets in his absence. Pant is under observation at the moment." 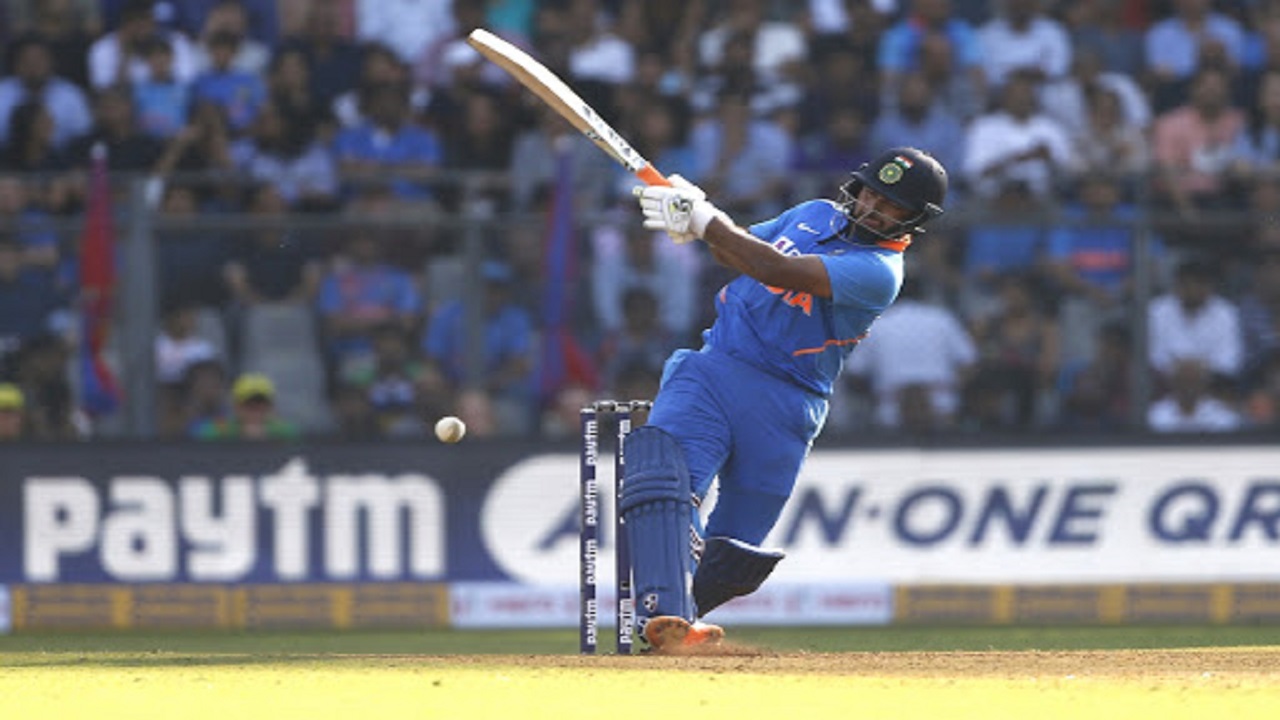 Pant had scored his maiden fifty during the ODI against West Indies in Chennai. In many games, whenever Pant missed an opportunity, the crowd would troll the Delhi keeper by chanting names of MS Dhoni. This sometimes led to Virat Kohli having an angry interaction with the crowd. Pant said crowd support is important, as it was witnessed when he reached a fifty for the first time.

Also Read | It Does Not Matter What People Say Around You: Rishabh Pant After Scoring Maiden ODI Fifty

"Sometimes it's important when crowd supports you. From an individual point of view, I was trying to improve myself every day but I wasn't getting there. I am not saying I got there, but I try to improve. As an individual and as a player, I want to focus on my processes. All the talk going around, they're good and sometimes they're not. At the moment, I'm concentrating on my game and that will hold me in good stead. I will always tell a person that you have to believe in yourself. It doesn't matter what people say around you. Sometimes you don't get runs, sometimes you get runs but the process is always important," Pant said.