Rohit Sharma Became The Fourth Indian Opener To Reach 10,000 Runs After Sachin Tendulkar, Virender Sehwag And Sunil Gavaskar After His Brilliant Knock Against New Zealand In The Hamilton Twenty20 International.

Rohit Sharma went past 10,000 runs as an opener during the Hamilton Twenty20 International against New Zealand. (Photo Credit: Getty Images)

Rohit Sharma demonstrated his class and ability during the Hamilton Twenty20 International against New Zealand. The Mumbai opener set up the match brilliantly with a magnificent 65 and despite Kane Williamson's majestic 95, the match went into the Super Over. New Zealand made 17 runs and India were staring down the barrel with 10 runs needed off two balls bowled by Tim Southee. However, Rohit displayed his six-hitting prowess as he launched the bowler for two sixes in the last two balls to help India seal an unlikely win and secure a series-clinching victory for the first time in New Zealand. During the course of his knock, Rohit unleashed a brutal assault on Hamish Bennett as he smashed three sixes and two fours in one over as 27 runs were hit in the over.

When he notched up his 20th fifty in Twenty20 Internationals, Rohit registered a special milestone. Rohit became the fourth Indian opener after Sachin Tendulkar, Virender Sehwag and Sunil Gavaskar as the other Indian openers to have scored over 10,000 runs as an opener. Rohit has 7148 runs in ODIs as an opener and 2313 runs in Twenty20 Internationals while in Tests, he started opening during the Tests against South Africa and has amassed 556 runs so far.

Tendulkar has the most runs in ODIs as an opener with 15310 runs in 344 games with 45 centuries and an average of 48. Sanath Jayasuriya of Sri Lanka is next on the list with 12740 with 28 centuries. Chris Gayle of West Indies is the other player with 10,179 runs at an average of just under 40.

Rohit has hit the most sixes in Twenty20 Internationals with 124 sixes in 107 matches while he is the leading six-hitter for India in cricket with 420 sixes. He is also the leading six-hitter in ODIs for India, going past MS Dhoni's mark of 232. Rohit is the 21st opener in the history of cricket to have scored 10,000 runs as an opener, with Jayasruiya topping the list with 19,298 runs at an average of 35 with 41 centuries. Tendulkar has most number of tons with 45 while Rohit is the only player in the entire list to average over 50 as an opener. After his match-winning knock, Rohit went on to say that it was not his two sixes but Mohammed Shami's last over which played a big part in India winning the match. 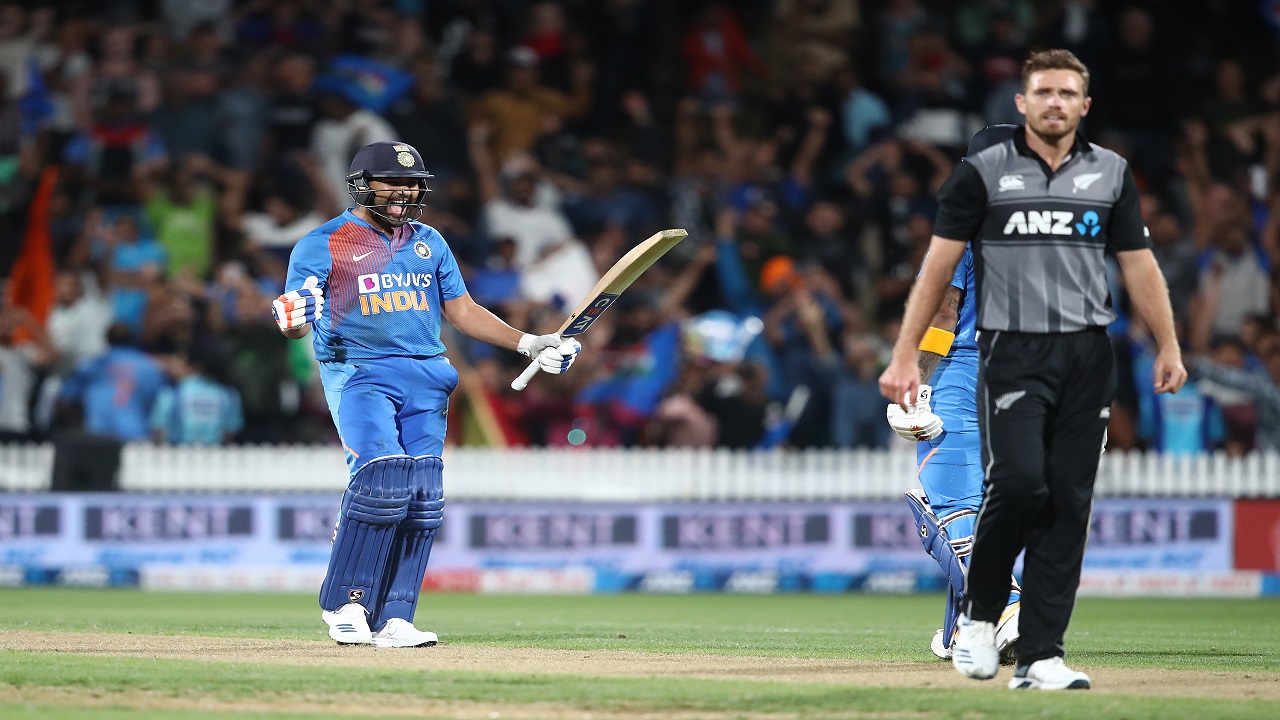 "I think Mohammed Shami's last over was crucial, and actually that got us the victory. Not my two sixes. It was Shami's over where we defended nine runs. It's not easy with the dew. The wicket settling in nicely and two set batsmen out there as well... One batsman was batting on 95 and their most experienced player was at the other end. Hats off to Shami to bowl that over and get us back into the game and into the Super Over. The last over that Shami bowled was very important for us and a positive sign because we could play a game like this in the World Cup. Then what do we do. We can't lose hope. We will need to stay strong, even if you need defend five runs, you have to show a positive attitude, and we showed that here," Rohit said.

The fourth match of the series will be played between New Zealand and India will be played at the Westpac Stadium in Wellington. India have won the five-match series 3-0 and will be hoping to achieve a 5-0 whitewash for the first time in this format.