Rohit Sharma continued his fine form against Australia at the M Chinnaswamy stadium as he blasted his 29th ton overall in ODIs. (Photo Credit: Getty Images)

Rohit Sharma showed his love for Australia and the M Chinnaswamy stadium in Bangalore as he blasted his 29th century and his eighth against Australia as he put India on course for a series win in the third and final ODI on Sunday. With this century, Rohit is now joint-second in the tally of most centuries by an Indian player in ODIs against Australia behind Sachin Tendulkar who has nine centuries and Virat Kohli's tally of eight. It was a momentous match for Rohit as he notched up 9000 runs in the very first over of the game when he tucked a full ball from Pat Cummins to the deep square leg region.

Rohit has an excellent limited-overs record against Australia. He has hit seven centuries against them, including his first double century at the M Chinnaswamy stadium in 2013. He has scored over 2000 runs against Australia and has hit a staggering 75 sixes and counting against them in ODIs, which is the most by any player against the five-time champions.

Rohit looked in great touch the moment he got going with a four off Mitchell Starc, having earlier gotten past the landmark of 9000 runs. In the next over bowled by Starc, he blasted a four and then upper-cut a short ball to deep backward point for a six to signal his intentions. Rohit was in the mood for big shots and he pummelled a short ball from Cummins over the boundary at deep midwicket as India started the powerplay brilliantly. Rohit was in full flow and backed by KL Rahul, he hit two further fours off Cummins as India raced along.

Rohit neared his fifty by carving a shortish ball to deep backward point for a boundary and then notched up his fifty without any major problems. Australia did not help themselves by bowling too short, with Rohit taking full toll of Marnus Labuschagne, Adam Zampa and Aaron Finch by depositing them over the ropes for a big six. There was a moment of panic on 97 when Rohit mistimed a slog

ICC ODI Cricketer Of The Year

Rohit was named the ICC's '2019 ODI Cricketer of the Year' for his incredible run of form, while English all-rounder Ben Stokes walked away with the overall honours. Indian skipper Virat Kohli was named captain of both the ICC’s Test and ODI teams of the year besides winning the ‘Spirit of Cricket’ award for his gesture of trying to stop the fans from booing Steve Smith during a World Cup match. Smith was returning to international cricket from a one-year suspension for ball-tampering at that time. 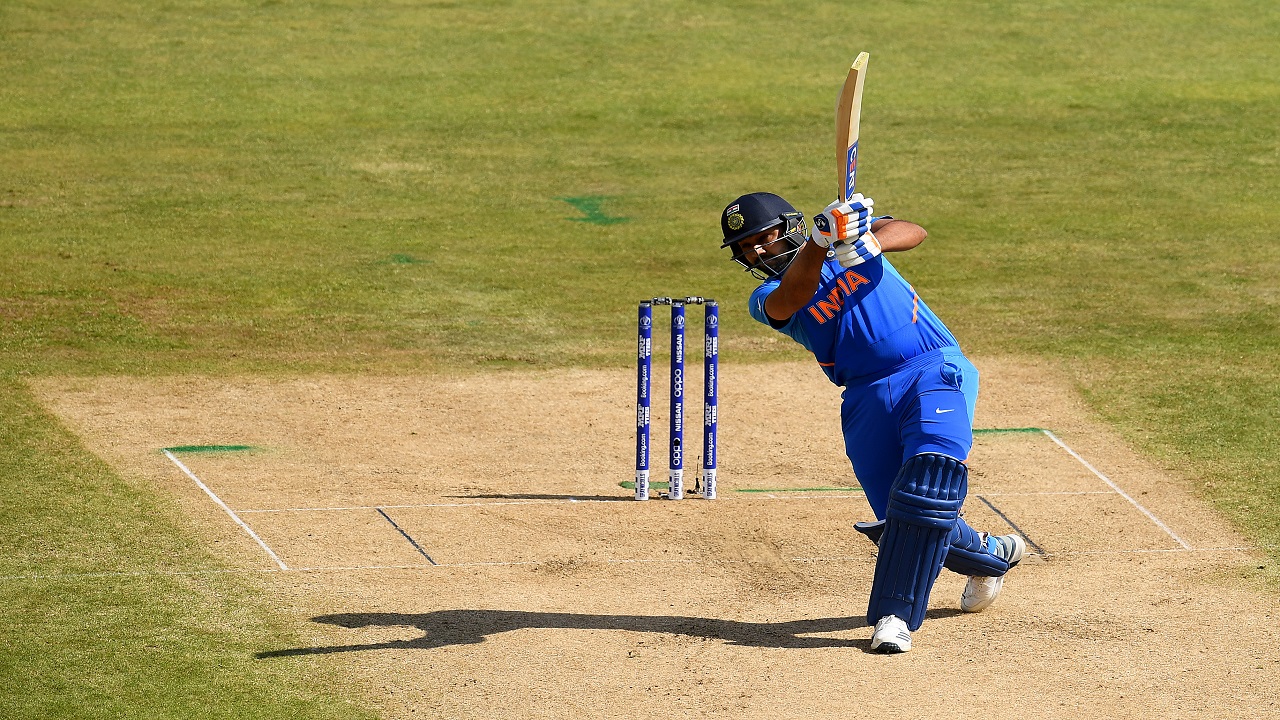 Rohit is looking forward to carrying his form in the coming year, after an aggregate of 1409 runs from 28 matches with seven hundreds in the ODI format. "It is great to be recognised in this fashion. We are very happy with the way we performed as a team in 2019. We could have done better but we have a lot of positives and a lot to look forward to in 2020," Rohit said.

Rohit became the first player to hit three double centuries in ODIs and four centuries in Twenty20 Internationals. In Tests, Rohit had endured a struggle but in the recent series against South Africa and Bangladesh, Rohit broke his rut in Tests by registering big scores. Having received brickbats and praise in equal measures during his 12-year international career, Rohit said he was enjoying the mental space he currently is in and says his wife and kid are responsbile for making him a better player and that criticism does not affect him anymore.