Rohit Sharma Blasted Two Sixes In The Last Two Balls Of The Super Over Which Gave India Victort Against New Zealand In Hamilton And It Was As Spectacular As MS Dhoni's Brilliance In The IPL 2016 Encounter Between Rising Pune Supergiant And Kings XI Punjab.

The third Twenty20 International between New Zealand and India at Seddon Park in Hamilton was heading for a thriller. Rohit Sharma's brilliant 65 helped India reach 179/5 but Kane Williamson smashed 95 and New Zealand needed two runs off three balls. Mohammed Shami then produced three brilliant deliveries as the match was tied and the game went into the Super Over. Williamson, who had played an innings which was out of this world, once again showed his class as he hammered Jasprit Bumrah, the best death overs bowler in the world for a six and a four. Martin Guptill ended the innings with a flourish as New Zealand smashed 17. In response, Rahul hit a four but the equation boiled down to 10 off 2 balls. A six was needed for India to stay alive.

Now, in cricketing parlance, there have been many precedents where matches have been won with a six off the last ball. Javed Miandad, in living memory, is regarded as the father of the last-ball six when he smashed Chetan Sharma out of the ground in the 1986 final in Sharjah to establish a period of dominance for Pakistan against India. Afterwards, there was Asif Mujtaba against Australia in Hobart 1990, there was Shivnarine Chanderpaul against Sri Lanka in 2008 in Port-of-Spain and regularly since then, MS Dhoni.

Dhoni has glorified the art of hitting sixes in the closing stages to help India win. Such has been Dhoni's bravado that hitting sixes in the final over to help a side go over the line is considered within the realms of possibility. The x-factor for Dhoni is that he is cool and calculating, knowing exactly when to strike and how to strike. In Hamilton, Rohit channelled his inner Dhoni and proceeded to do something spectacular.

Rohit knew that there was a wind blowing towards deep midwicket. He knew that any lofted shot could travel the distance as it was been aided by the wind. Also, Rohit was aware that the ground dimensions in New Zealand are small enough for a mishit to travel. He had the momentum of 124 sixes, 420 in all of cricket to back himself on the merit of sheer six-hitting. When he launched Tim Southee over deep midwicket for a six, the equation boiled down to 4 off 1. Two things helped Rohit.

The six over deep midwicket planted doubts in the New Zealand camp. Second, the six forced Southee's mind to get scrambled as to the length he needed to bowl. Kane Williamson placed fielders near the boundary ropes in a bid to stop the four. But, Rohit's uncanny six-hitting ability at will, combined with Southee's poor record in the Super Over all came together to hurt New Zealand. Southee bowled full, Rohit launched him over long off for a big six and Rohit's 'Double Miandad' feat gave India a Twenty20 International series win for the first time in New Zealand.

But, did Rohit actually do the 'Double Miandad'? Rather, and more accurately, he did an MS Dhoni. The calculated manner of his hitting and the calmness he showed took the viewer back to Dhoni's freakish finishing prowess during the 2016 IPL clash between Rising Pune Supergiant and Kings XI Punjab in Vizag. It was a match where both teams were fighting to avoid the wooden spoon. But, it proved to be a match where Dhoni recahed the zenith of his finishing powers. Murali Vijay and Gurkeerat Singh Mann's fifties helped Kings XI Punjab reach 172/7. 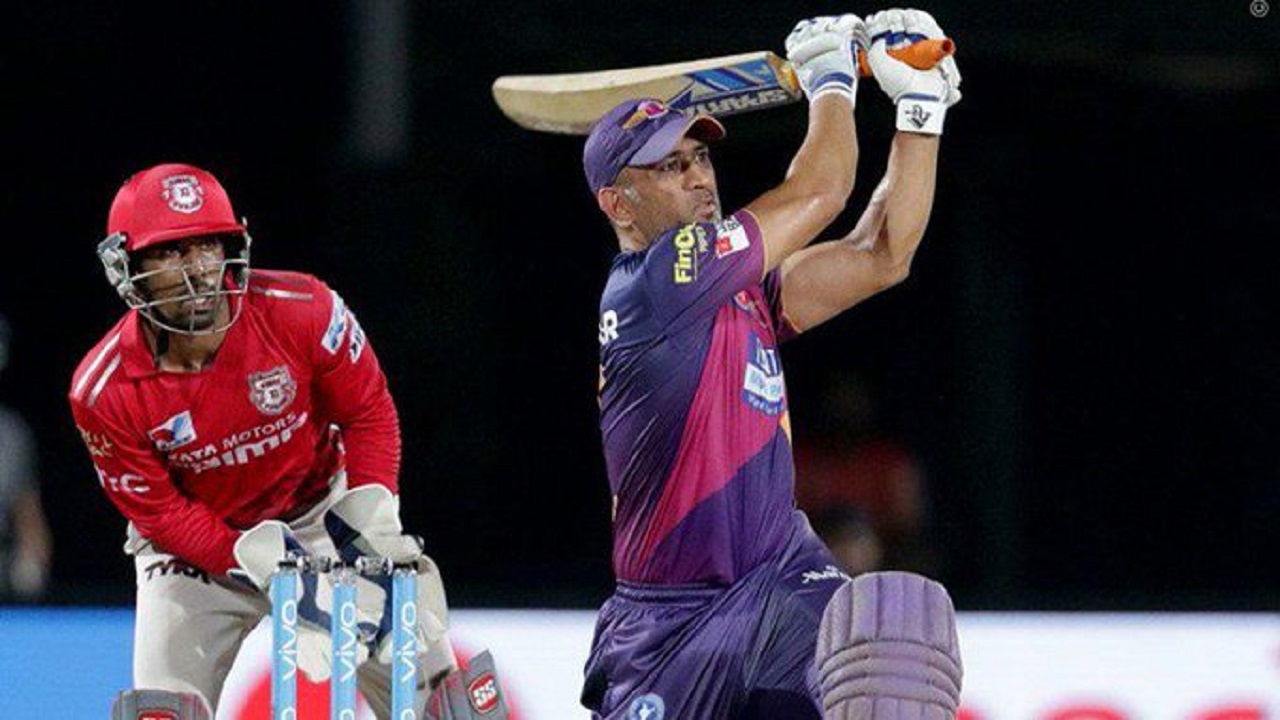 MS Dhoni blasted two sixes in the last two balls of the final over during an IPL 2016 clash. (Image credit: Twitter)

In response, Rising Pune Supergiant failed to gain momentum but Dhoni was there and until he was there, nothing could be impossible. Dhoni blasted a six and a four off Sandeep Sharma to boil the equation down to 29 off 12 balls. Dhoni hit a one-handed slice shot off Mohit Sharma but Rising Pune Supergiant needed 23 off the last over. Axar Patel was tasked to stopping Dhoni. At that time, anything above 20 was considered beyond possible. Dhoni was going to change the rules dramatically.

After not taking a run for the first ball, Axar bowled a wide. 22 needed off five balls. Dhoni blasted a six over deep midwicket but off the next ball, Hashim Amla fielded brilliantly and they did not take the run. 16 needed off 3. Dhoni walloped a four to wide long off and 12 were needed off 2 balls. Before this, batsmen were known to have hit a six off the last ball. Two in two balls? Not possible. Dhoni increased the heartbeat when he blasted a six over deep midwicket and six were needed off one ball. Clearly ruffled, Axar lost his line and length. On the last ball, he darted a quick ball on the pads and Dhoni unleashed the helicopter shot for a six over wide long on. Dhoni's freakish powers was confirmed. A miracle happened in Vizag in 2016.

Also Read | We Miss Dhoni, No One Sits On His Seat In Team Bus: Yuzvendra Chahal

Four years later, Rohit followed the same blueprint when facing the last two balls. In both sides, the side won. Rohit had successfully followed Dhoni's blueprint and it helped India achieve history in Hamilton.