The Indian cricket team were comprehensively outplayed in Mumbai when they were outbatted, outbowled and outfielded for a 10-wicket drubbing. In Rajkot, the team performed like a unit and levelled the series. In Bangalore, they took the momentum of Rajkot and scripted a remarkable turnaround which highlighted the strong character of the side. Rohit Sharma averages over 100 at the M Chinnaswamy stadium against Australia. On Sunday, the Mumbai right-hander continued his fondness for the Australian attack as he blasted his 29th century. Helped by Virat Kohli's 89 and a late burst of superb death bowling from Mohammed Shami, India registered a seven-wicket win in Bangalore to win the series 2-1 and build plenty of momentum ahead of their upcoming full tour of New Zealand.

In the very first over of India's chase of 287, Rohit had gone past 9000 runs in ODIs and it made him the third quickest to the landmark after Kohli and AB de Villiers. Having passed the milestone, Rohit was on song as he launched Mitchell Starc and Pat Cummins for sixes to get going. With Rohit in the mood for big hits, it was only a matter of time before Australia failed to put a lid on the runs. Assisting Rohit was KL Rahul, who was once again shuffled in the batting after Shikhar Dhawan's tumble in the field saw him injure his shoulder and put his New Zealand tour participation in jeopardy.

Rahul also started well with some boundaries but he missed a sweep of Ashton Agar. With only a couple of seconds remaining, Australia took the review and replays showed that the ball pitched in line and hit the stumps. That set the stage for Rohit and Kohli to take the attack to the bowlers.

Both batsmen were determined to get going and Rohit went past fifty effortlessly. Australia were guilty of bowling short in the middle overs and Rohit made them pay by launching Marnus Labuschagne, Adam Zampa and Aaron Finch for sixes. Kohli was also in fine form and he neared his fifty with a hook shot off Josh Hazlewood as India made progress. The smoothness with which Rohit and Kohli paced their innings showed that when in full flow, no target is big enough for the duo. Rohit notched up his 29th century and eighth against Australia while Kohli also notched up his 57th fifty. After some big hits, Rohit mistimed a lofted shot off Zampa and was caught for 119. 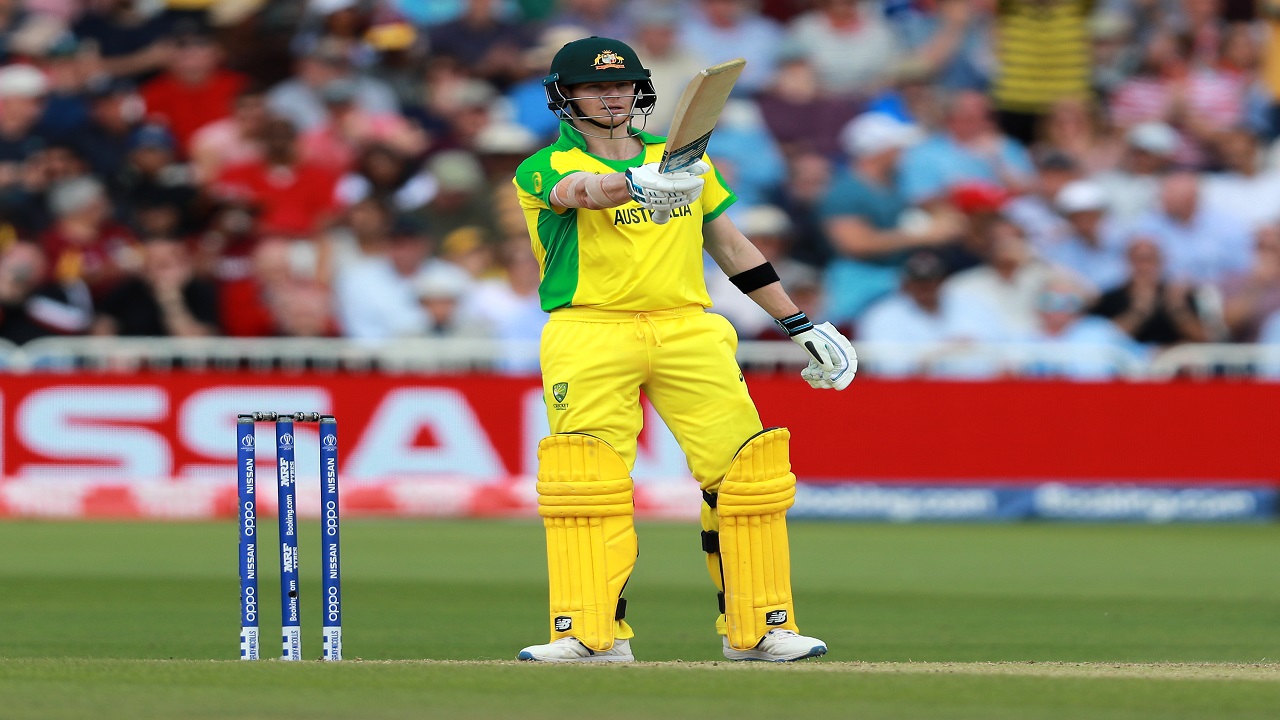 Kohli, determined to not fall to Zampa for the third straight time, tackled him well and India were coasting towards the target. After a slow start, Shreyas Iyer opened up and he targeted Starc with a six and a four. Kohli neared a century with a flick off Hazlewood but in the quest of repeating the shot, he missed an in-curler from the bowler to have his middle stump knocked out. Kohli did not score a hundred in a chase but yet again, he had taken India close to the line. Manish Pandey sealed it off with two boundaries as India chased down 287. The effort of the batsmen meant that Australia's total was under-par and it was mainly the work of Mohammed Shami in the death overs that Australia failed to get a total over 300.

It is a norm that when Virat Kohli scores back, he gets motivation by seeing how Steve Smith goes about his task. Australia chose to bat on a dry pitch but it was Shami who struck when he had David Warner for 3. In stepped Smith and he got going with a pull shot past Saini at short fine leg as India planned to target him with the short ball. Smith continued to negotiate the pacers on a sluggish deck as Finch looked to get going. However, in the ninth over, there was catastrophe.

Smith pushed a length ball from Shami to backward point and started off for the single. Finch responded and he hared down the track. However, Smith turned him back and Finch was stranded half-way. He turned but Iyer relayed the throw back to the bowler who got the Australian skipper. Smith Makes It Up After getting Finch run-out, Smith decided to up the ante and he tackled Kuldeep and Ravindra Jadeja well. Smith also targeted Saini with two fours while Marnus Labuschagne gave him great company. Smith and Marnus Labuschagne found the boundary regularly as the partnership grew. 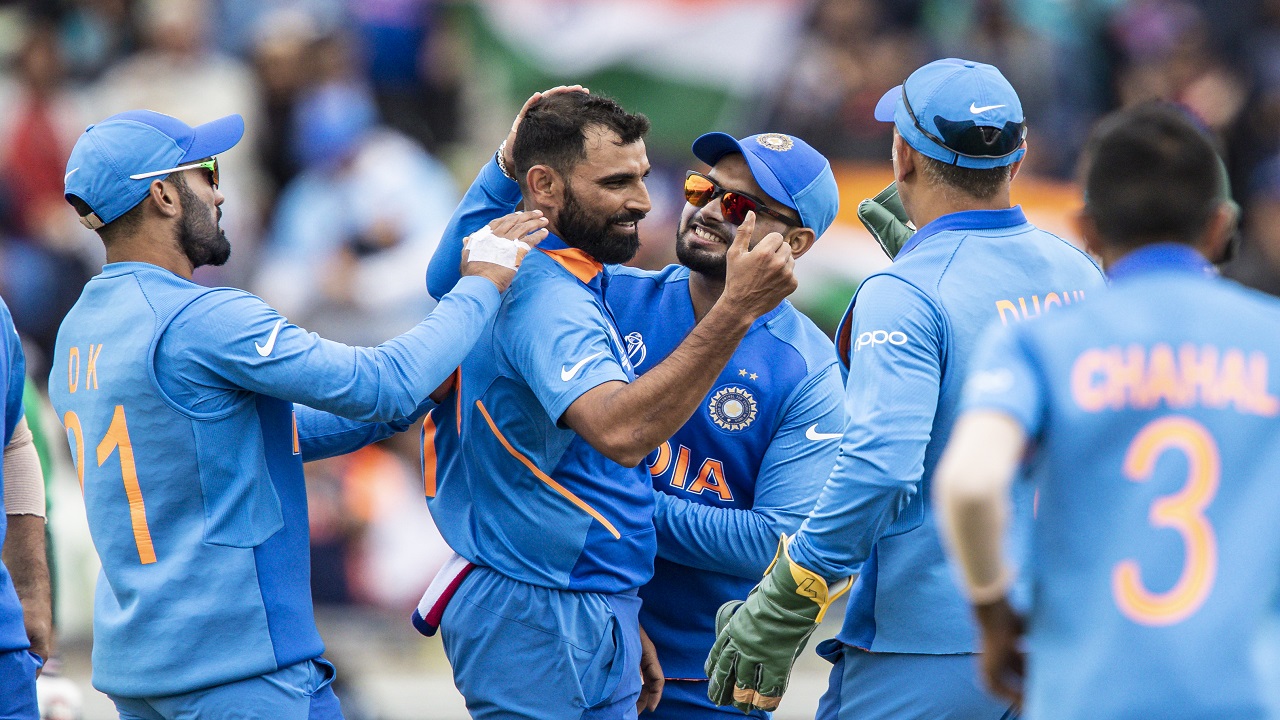 Smith neared his fifty with a four off Jadeja and he notched up his fifty by targeting Saini. Smith and Labuschagne continued to bat brilliantly and they notched up the 100-run partnership in quick time. Labuschagne had missed his fifty in Rajkot but he made no mistakes in Bangalore as he notched up his maiden fifty but as soon as he reached the landmark, he fell to Jadeja yet again thanks to a splendid diving catch by Virat Kohli at extra cover. Despite losing Mitchell Starc in the same over, Alex Carey started off aggressively with boundaries and Smith neared his ton by dispatching Kuldeep to the boundary. Smith went past 4000 runs by glancing Saini to fine leg and after spending some time on 98 and 99, Smith reached his landmark by carving Saini to deep point to reach his milestone.

As the death overs approached, Smith upped the ante by hammering Saini for a six and a four as well as pummelling two fours off Jasprit Bumrah. However, in the 48th over, the game changed. Smith whipped Shami to deep midwicket and it took a superb tumbling catch from Iyer at deep midwicket to send him back for 131. Shami then proceeded to get rid of Ashton Turner and Pat Cummins off successive balls as Australia managed just 13 runs in three overs. Shami's burst in the death overs laid the base for Rohit and Kohli to get India over the line. After conquering at home, it is now time for New Zealand as India aims to repeat the recent success which they have had in 2009 and 2019 in the country.