Sachin Tendulkar became the first player in the history of cricket to hit 100 international centuries and he achieved this feat in 2012. (Photo Credit: Getty Images)

March 16, 2012 is a day many Indian fans will remember in a bittersweet way. When Sachin Tendulkar drove Shakib Al Hasan to long off, a 369-day Gorilla on his back was removed. When Sachin Tendulkar had hit an ODI century on March 8, 2011 against South Africa in the World Cup clash in Jamtha, Nagpur, it was his 99th international century. Tendulkar was on the cusp of achieving what no mortal had ever achieved in the history of cricket. Tendulkar was on the cusp of becoming the first player on the planet to score 100 international centuries. From that match in Jamtha, it all became a question of when would Sachin Tendulkar score the magical 100th international century. Websites were ready with special pages dedicated to the greatness of Sachin Tendulkar. Newspapers were ready with tributes on his brilliance. Not many knew it at that time, but fans all over the world would have to wait for over a year to reach the magical landmark. The pain and anticipation of fans in that period reached a crescendo.

After the match in Nagpur, many people expected Sachin Tendulkar to score the 100th century in the quarterfinal against Australia, his favorite opponent. However, he was dismissed for 53 but India managed to secure a win against the Aussies after 24 years. In the semi-final against Pakistan, he was dropped four times and he received a reprieve of an LBW from Saeed Ajmal. Many people felt this was the time. But, Tendulkar fell for 85 but India got the better of Pakistan to reach the final.

Fans were certain that Tendulkar would get it in the Wankhede in the World Cup final against Sri Lanka. Big player, big occasion, big moment. The stars were all in place. But, Tendulkar edged Lasith Malinga for 18. The fans were shell-shocked at the Wankhede. However, Gautam Gambhir's 97 and MS Dhoni's immortal 91 gave India glory after 28 years and Tendulkar's heartbreak of the 100th century was forgotten.

The Start Of The Pain

Tendulkar's first tour after the end of the World Cup campaign was to England. It was believed Tendulkar would get glory at a venue where he had struggled. Lord's was the setting for Tendulkar to create history. However, England's bowlers bowled to a plan and ensured Tendulkar left their shores without a century. In Lord's, he failed. In Trent Bridge, he scored a fifty before misjudging James Anderson to be out LBW. In Edgbaston, he failed and in the final innings at The Oval, England gave him three dropped chances and two stumpings. Tendulkar moved to 91 and it looked like India's tour of England would end on a high. But, Tim Bresnan ensured India's hearts would be broken and he trapped him LBW for 91 as India were whitewashed 4-0. 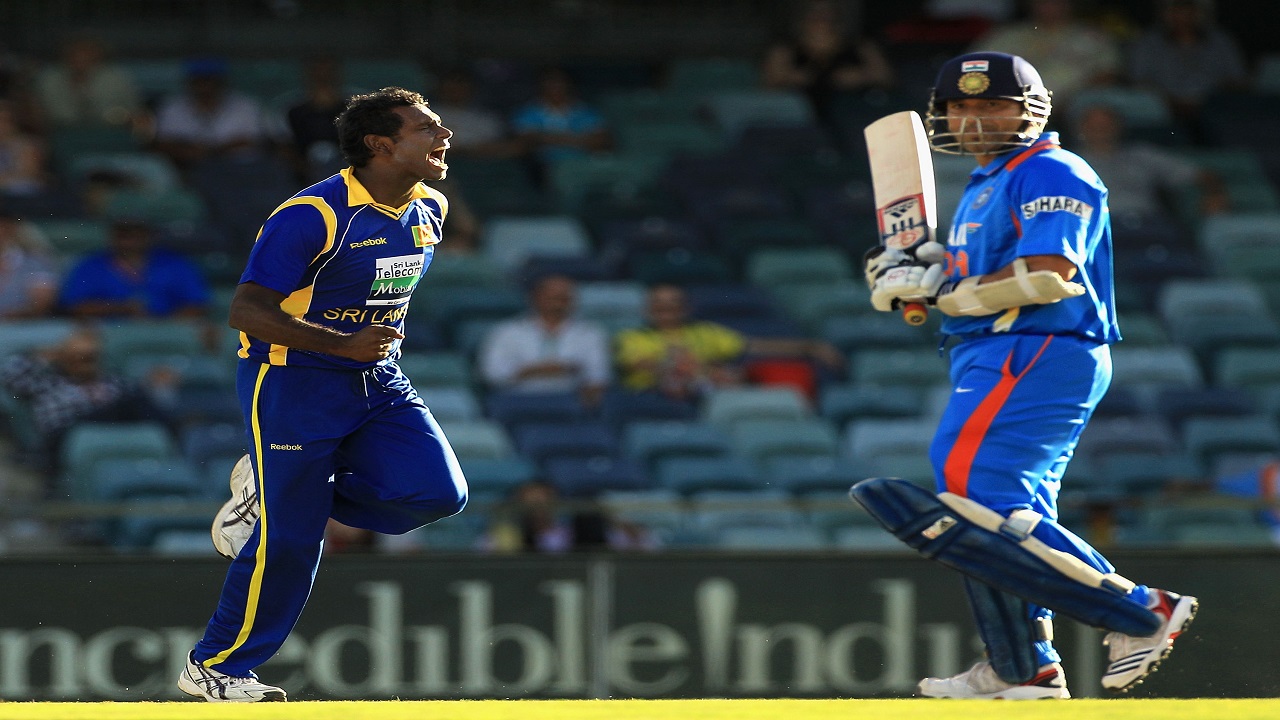 Sachin Tendulkar took one year to hit his 100th century after hitting his 99th in the 2011 World Cup. (Image credit: Getty Images)

India came back on home shores against West Indies and Tendulkar had a chance to create history. At the Wankhede stadium, Tendulkar was one hit away from reaching his 100th century but he edged Ravi Rampaul to Darren Sammy at slip to fall for 94. Fans were now really worried that whether Tendulkar would ever reach 100 centuries. When India came to Australia, Tendulkar looked good to hit a century in both Melbourne and Sydney but in both Tests, he failed. Throughout the remainder of the tour, Tendulkar never threatened to reach the century as opposition bowlers managed to use the landmark and generate pressure.

It was now more than a year since Tendulkar had kept fans waiting for his 100th century. All the hope and anticipation was now turning negative. When Tendulkar, India suffered. They were hammered 4-0 in both England and Australia while in both tours, they did not win many games. After failing in the first match, Tendulkar decided to buckle down against Bangladesh and he started well with a couple of boundaries. However, his approach during the game was slow and it resulted in India losing momentum. Tendulkar notched up his fifty for the first time in nine matches with a boundary off Shakib Al Hasan and he slowly made his way to the landmark.

Virat Kohli and Suresh Raina were batting aggressively but Tendulkar was struggling to get into high gear. He finally notched up the landmark and there was massive relief on Tendulkar's face as he became the first man on the planet to smash 100 centuries. Tendulkar's knock allowed India to reach 289/5 but Tamim Iqbal's 70 and aggressive knock from Nasir Hossain (54), Shakib Al Hasan (49) and Mushfiqur Rahim (46) allowed Bangladesh to chase the total down and knock India out of the tournament.

After the match against Pakistan in which he hit fifty, Tendulkar announced his retirement from ODIs immediately. The wait for the 100th 100 was painstaking and it involved an emotional wait, but in the end, Tendulkar finally got it.