Februay 24, 2010 Witnessed History In Cricket As Sachin Tendulkar Became The First International Cricketer To Score A Double Hundred In ODIs During India's Clash Against South Africa In Gwalior.

Sachin Tendulkar became the first male player to score a double century in international cricket during the game against South Africa in Gwalior in 2010. (Photo Credit: Getty Images)

When cricket was being played in the end of the first decade of the new millennium, it was breaking new grounds. Australia and South Africa played out the '872 ODI' in Johannesburg. Australia registered a score of 434/4, the highest ODI score by a distance and yet lost. 299 balls later, South Africa, boosted by Herschelle Gibbs' 175 and Graeme Smith's 90 helped South Africa register a score of 438 and win by one wicket. Twenty20 cricket had altered the entire landscape of cricket. There was talk of a batsman actually scoring a double century in ODIs. A double century, that was more novel in Test cricket, now seemed possible with heavy bats, small outfields and flat pitches demanded by the power of the T20I format. Until 2010, only three individuals had scored a double century in limited-overs cricket.

Graeme Pollock of South Africa was the first individual to hit 200 in a one-dayer when he smashed 222 for Border against Eastern Province in October 1974. In 1997, Belinda Clark of Australia became the first individual to smash a double ton in an ODI during the Women's World Cup clash in Mumbai between Australia and Denmark. Clark's tally remained the only instance in international cricket but on February 24, 2010, history was to be created and fittingly, it was by an individual who specialised in creating history everytime. On February 24, 2010, India squared off against South Africa at the Captain Roop Singh Stadium in Gwalior.

The first match was a thriller as India won by one run and in the second game, India chose to bat on a flat deck. Virender Sehwag departed cheaply but Sachin Tendulkar, India's leading run-getter and the gold standard of batting of world cricket at that time, chose to rewrite the history books with a knock that would redefine epic.

Tendulkar got going with a couple of boundaries off Wayne Parnell and he targeted Dale Steyn with two fours. Dinesh Karthik gave him good company and he signalled his aggressive intention with a six off Dale Steyn. Tendulkar neared his fifty with two fours off Parnell and he reached his fifty with a leg glance of Roelof van der Merwe. Tendulkar made great progress and he emnployed the sweep against van der Merwe while Karthik went past fifty. Tendulkar notched up his century by cracking a short ball from JP Duminy. Karthik gave him great company and Tendulkar upped the ante with two fours off Jacques Kallis after going past his ton. 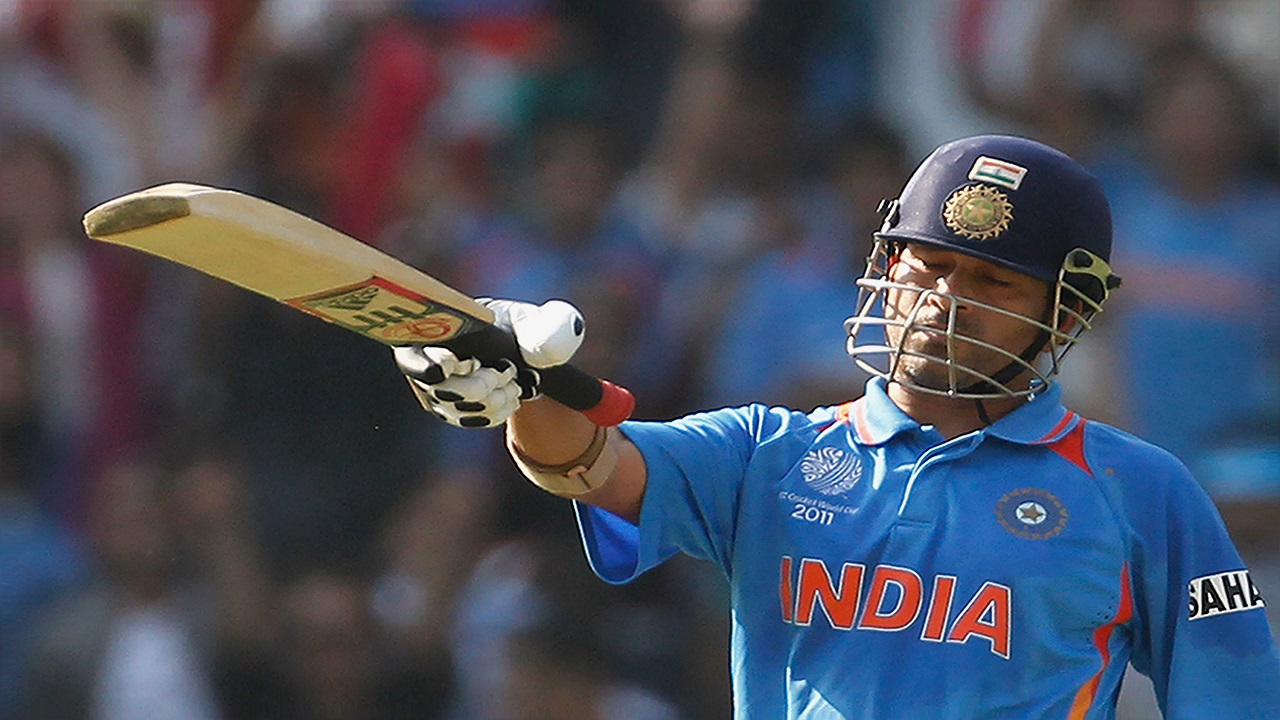 Tendulkar heaved a huge six off Charl Langeveldt but Yusuf Pathan fell for 36 to van der Merwe. That did not stop Tendulkar and he slamed a four as well as his third six off van der Merwe. The Mumbai right-hander went past his highest individual score with two fours off Kallis while MS Dhoni got going with two fours. Tendulkar broke the 13-year record set by Saeed Anwar of Pakistan who had hit 194 against India in Chennai in 1997 with a couple of Parnell. Dhoni launched a six and a four and for the next couple of overs, Dhoni hogged the strike as Tendulkar was cramping. Dhoni reached his fifty with two sixes and a four.

Heading into the final over, Dhoni was on strike and he clobbered a six off Langeveldt and gave the strike to Tendulkar. On the third ball, Tendulkar reached out and tapped a full and wide delivery from Langeveldt to point for a quick single.

When Tendulkar reached the landmark, the crowd and the media went into a frenzy. Headlines like 'Sach An Innings', 'God', 'Two-Tonner Tendulkar', 'Immortal at 200', '200 Not Out' were splashed on the front pages of many leading dailes in India. The servers in ESPNCricinfo witnessed such a massive traffic that the servers crashed and were not restored for many hours. It was a feat which at that time was unprecedented. India ended on 401/3 and despite AB de Villiers' 114, South Africa lost by 153 runs. Tendulkar's feat proved that impossible was nothing in the field of international cricket.

Following Tendulkar's feat, Virender Sehwag hit a double ton against West Indies in Indore in 2011 as he responded with 219. Rohit Sharma changed the whole landscape of cricket with three double tons, 209 against Australia in 2013 and 208 against Sri Lanka in Mohali. However, in between in 2014, Rohit hit the highest score by an individual in ODIs with 264 in Kolkata against Sri Lanka.

Martin Guptill smashed 237 against West Indies in Wellington during the 2015 World Cup quarterfinal while Shikhar Dhawan als hit 248 in a one-dayer against South Africa A in Pretoria. The late Phillip Hughes hit 243 in a domestic game. Yashasvi Jaiswal and Sanju Samson, in the modern era, all hit double tons in the Vijay Hazare Trophy. It all boils down to February 24, 2010 and the feat of a colossus called Tendulkar.