Sachin Tendulkar Is In Contention For The Greatest Laureus Sporting Moment In The Past Two Decades And The Moment Is When He Was Carried On The Shoulders Of His Indian Team-mates Following The 2011 World Cup Triumph.

Sachin Tendulkar finally broke years of pain as he became part of the India World Cup winning squad during the 2011 edition of the tournament. (Photo Credit: Getty Images)

Sachin Tendulkar may have won plenty of accolades and awards during his record-breaking international career which spanned 24 years. Tendulkar has been hailed as the greatest batsman ever and has won several ICC awards apart from other Indian awards, including the Bharat Ratna, India's highest civilian honour. Now, Tendulkar is in line to get a glorous Laureus award next month. The Laureus Sports Award is like the Oscars in Sports and it highlights the greatest sporting achievements by an individual or team in the world. Tendulkar has been shortlisted as one of the 20 contenders for the greatest Laureus Sporting Moment 2000-2020 Award. The moment is titled Carried On the Shoulders Of A Nation.

The reference is to the moment when India finally won the Cricket World Cup after a gap of 28 years during the 2011 World Cup final between India and Sri Lanka in Mumbai. In his sixth attempt at the World Cup nearly nine years ago, Tendulkar became a part of a victorious team. Carried on the shoulders of the Indian team, Tendulkar made a lap of honour, shedding tears of joy after the victory was sealed in his home city Mumbai. During the celebrations, current India skipper Virat Kohli said, "Tendulkar has carried the burden of the nation for 22 years. Now, it is our turn to carry him on our shoulders." 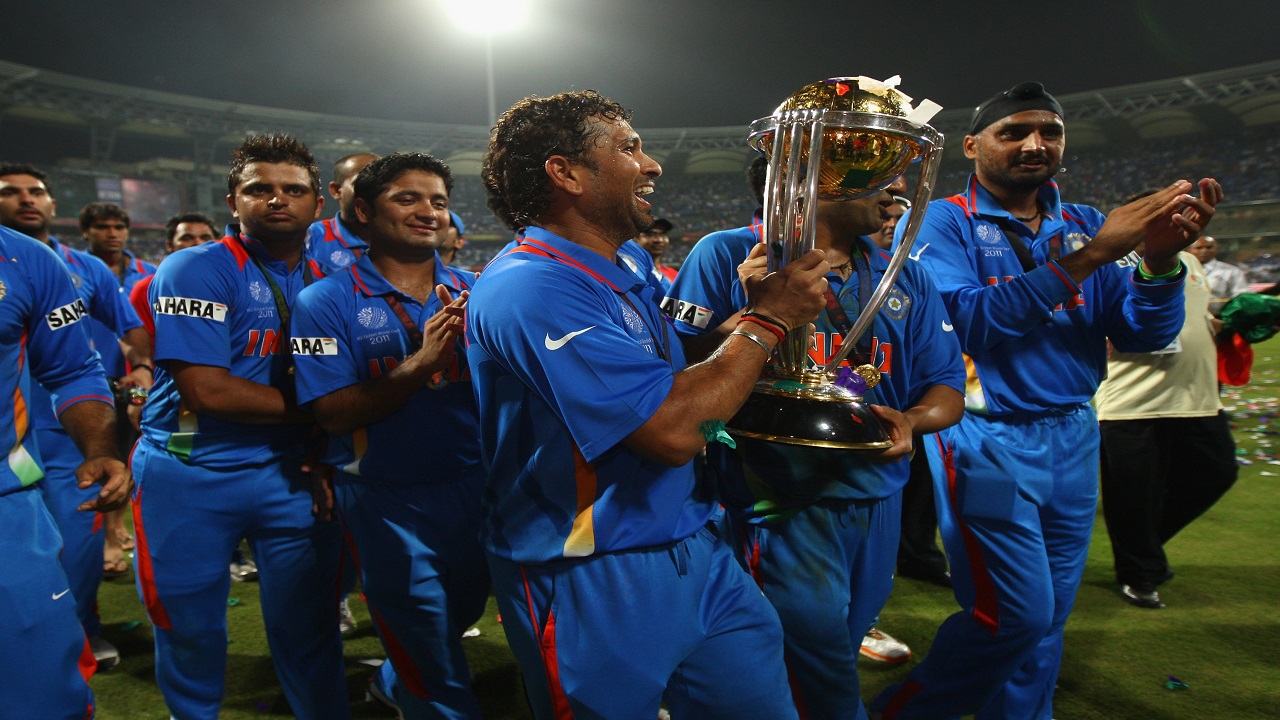 India ended nearly three decades of pain during the clash against Sri Lanka at the Wankhede stadium as MS Dhoni's unbeaten 91 and Gautam Gambhir's brilliant 97 helped India win the match by six wickets and become the first nation to win the World Cup at home.

Former Australia captain Steve Waugh, who is a member of the Laureus Academy, described Tendulkar's nomination as a fantastic moment for cricket. "It is fantastic for our sport. It is very hard to get nominated for Laureus. It was a remarkable achievement (2011) and Indian cricket is doing fantastic," Waugh told PTI. "I remember when we won the Laureus Sports Team of the Year (2002). It was a great moment for Australian cricket."

Also Read | Sachin Tendulkar Vehemently Says No To Four-Day Tests, Urges ICC To Not Tinker With The Format

In Berlin on February 17, the 20th anniversary Laureus World Sports Awards will honour the greatest sporting triumphs of 2019, celebrate the power of sport in transforming the lives of young people around the world and, through this campaign, award the greatest Laureus Sporting Moment of the last 20 years. The Laureus Sporting Moment Award celebrates the moments where sport has unified people in the most extraordinary way. This campaign shortlists 20 sporting stories from the last 20 years that have left their mark on the world.