Harmanpreet Kaur's Indian Cricket Team Created History By Reaching The Final Of The ICC Women's World T20 For The First Time And They Will Take On Australia In The Final At Melbourne Which Will Be Played On International Women's Day.

India had defeated Australia in the league stages in Sydney by 17 runs but Meg Lanning's side are the four-time world champions. (Photo Credit: Getty Images)

Harmanpreet Kaur's Indian cricket team are one win away from creating history after a wash-out in the semi-final against England in the Sydney Cricket Ground saw them enter the final of the ICC Women's World T20 for the first time. India will be taking on four-time champions Australia, who managed to overcome the conditions and a determined South Africa side to win by five runs and seal their spot for the final at the Melbourne Cricket Ground which will be played on International Women's Day. The success in the ICC Women's World T20 is symbolic of the giant strides made by the India women cricket team in the last couple of years, having entered the final of the 2017 ICC Women's World Cup in England where they lost to the hosts by nine runs in Lord's.

Following their entry into the final, the India women's cricket team wre congratulated by many celebrities and they became the toast of the nation. Sachin Tendulkar, one of the greatest players, has given one simple message to the Indian team ahead of their final against Australia.

"Just be in that moment and go out and play. Coincidentally, I was there next to the trophy, and our few team members were there from our women's team. I said it would be nice to see you with this trophy in India. Go out and give your best. And that is what my message to them (is). Don't take any pressure, though it is easier said than done. I genuinely want to tell them that just stay together, you don't need to spend time with the outside world. If you are in company with each other and keep talking positive things... because good things have happened to our team and I have been following their performances and they have inspired so many youngsters," Tendulkar said at the launch of 'Dreams of a Billion', India and the Olympic Games", written by Boria Majumdar and Nalin Mehta, in the presence of Olympic gold medallist shooter Abhinav Bindra and multiple grand slam winner Mahesh Bhupathi.

Following the entry of the India women's cricket team in the final of the ICC World T20, Virat Kohli, the skipper of the men's team took to his official Twitter handle and congratulated Harmanpreet Kaur's side. He was joined by other legends like Virender Sehwag and VVS Laxman. Both Sehwag and Laxman tweeted the importance of winning all league game matches which played a part in India' entry into the final. 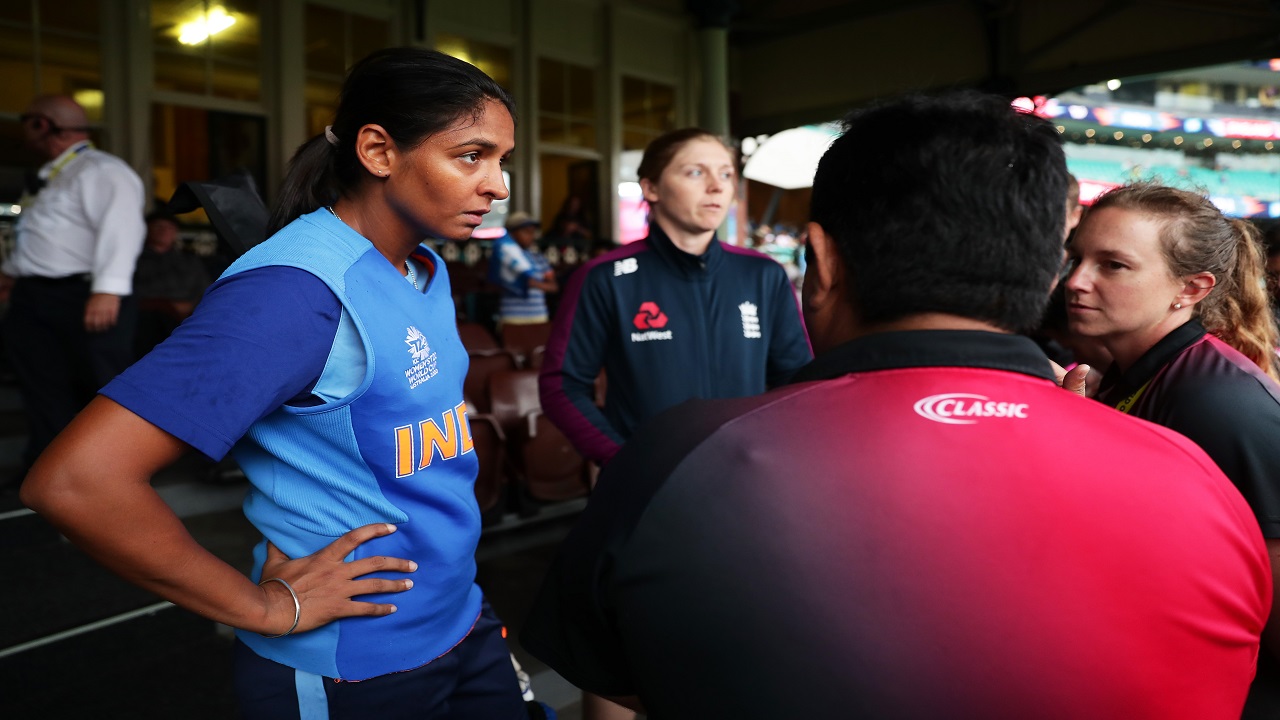 India entered the ICC Women's World T20 for the first time after their semifinal was washed out. (Image credit: Getty Images)

"Would have been great to see the match, but many congratulations to @BCCIWomen for making it to the finals of the #T20WorldCup . A reward for winning 4 out of 4 in the group stages. Wishing the girls the very best for the finals on #WomensDay"," Laxman tweeted. Sehwag also followed suit, "A reward for winning all the matches in the group stage. Congratulations @BCCIWomen and wishing you glory this Sunday #T20WorldCup".

Kohli's message was clear as India would be gunning to win the tournament for the first time. "Congratulations to the Indian Women's team on qualifying for the @T20WorldCup final. We are proud of you girls and wish you all the luck for the finals," Kohli tweeted.