Irfan Pathan blasted 57 off 31 balls as India Legends got over the line with a five-wicket win against Sri Lanka Legends in the Road Safety World Series tournament. (Photo Credit: Twitter)

Sachin Tendulkar was dismissed for 0 in the second ball bowled by Chaminda Vaas in the clash between India Legends and Sri Lanka Legends in the ongoing Road Safety World Series challenge at the DY Patil Stadium in Navi Mumbai on Tuesday. However, Irfan Pathan's magnificent 57 off 31 balls stole the game from Sri Lanka as India Legends won by five wickets for their second consecutive win in the series. Pathan's knock complimented the earlier efforts of Munaf Patel, who ended with figures of 4/19 from four overs to restrict Sri Lanka to 138/8 in the Road Safety World Series clash. India Legends chose to bowl but Romesh Kaluwitharana and Tillakaratne Dilshan started brilliantly by smashing 46 in seven overs. Kaluwitharana got going with two boundaries off Zaheer Khan and the 50-year-old followed it up with two more boundaries off Irfan Pathan.

Kaluwitharana's confidence rubbed off on Dilshan who smashed Manpreet Gony for two fours but the stand ended when Munaf Patel forced Dilshan to miscue the pull shot to be caught at deep midwicket. Irfan then sent back Kaluwitharana for 21 while Sri Lanka lost their way with Gony taking the wicket of Marvan Atapattu for 1. Chamara Kapugedera looked in good touch but Sanjay Bangar, the former batting coach of the Indian cricket team, got the wicket of Thilan Thushara. 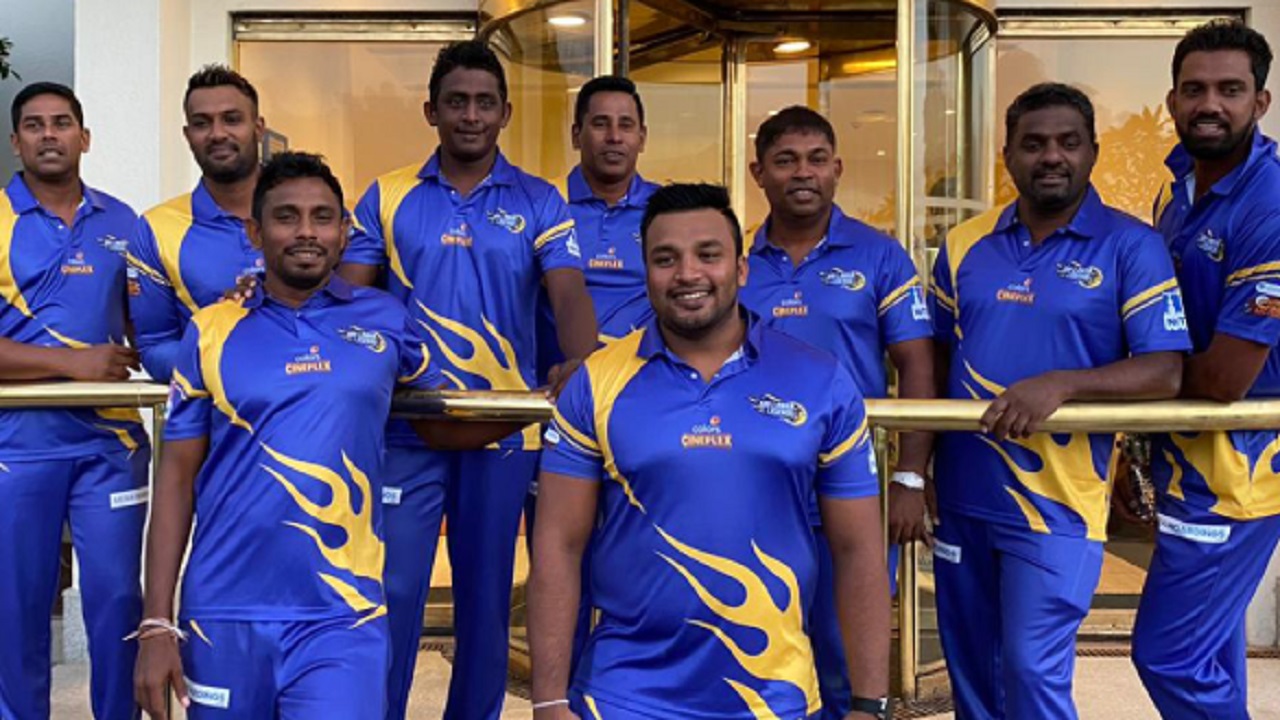 Sachithra Senanayake and Kapugedera struck some lusty blows and built a decent stand before Senanayake was sent back by Munaf for 19. Munaf ended with two more wickets to end with 4/19 but Rangana Herath ended the innings in style with three consecutive boundaries off Zaheer Khan in the final over as Sri Lanka ended on 138/8.

Virender Sehwag got a life first ball as Marvan Atapattu dropped him but Tendulkar was not so lucky as he paddled a short of a length ball to the keeper to fall for 0. Mohammad Kaif got going with two boundaries off Thushara but Kaif also benefited from a dropped catch by Herath on 6.

When Sehwag was run-out due to some lazy bit of running for 3, the crowd witnessed the coming of Yuvraj Singh and Mohammad Kaif together and there was hope that they could recreate the magic of 2002 Lord's against England. However, Yuvraj top-edged Vaas and fell for 1 but Kaif found good support from Bangar who stitched a solid stand. Kaif nailed a sweep off Herath while Bangar struck a couple of boundaries but he was trapped LBW by Herath for 18. Kaif looked good for a fifty but Senanayake sent him back for 46.

With the pressure building, Irfan Pathan broke the shackles with a six and a four off Thushara but India needed 39 off the last three balls. The 18th over changed the entire course of the match as Irfan Pathan wrecked havoc. The left-hander smashed two sixes off Farveez Maharoof and capitalised on a no-ball with a boundary. Manpreet Gony then hit a six as 26 runs came off the over. Irfan Pathan then notched up his fifty and then guided India across the line with three boundaries off Dilshan as India got over the line.

Speaking after the end of the match, Irfan Pathan said he needed just one ball to get going. "I'm getting better with age, isn't it? It's wonderful to be back playing in front of a full house. Master's managing everything, and that's helping us, he knows everything about the other teams. When I came in to bat, we needed 12 runs an over. I needed only one ball to find the middle of the bat and that Maharoof over helped us," Irfan Pathan said.