Samit Dravid Has Redefined Consistency Just Like His Illustrious Father Rahul Dravid As He Smashed Yet Another Century To Follow Up With Two Double Centuries In Two Previous Months In An Under-14 Zonal Tournament In Karnataka.

Samit Dravid continued his magnificent run in school cricket as he smashed 166 to follow up with two double tons in the last two months. (Photo Credit: Twitter)

Rahul Dravid is more known by his nickname 'The Wall'. However, he was also Mr.Consistent for scoring runs in every conditions and every year on a regular basis. There was a period from 2002 till 2004 where Dravid was simply supreme. The traits of Rahul Dravid's consistency has been passed on admirably to his son Samit Dravid, who continues to shine at the school level and in the district level in Karnataka. Samit, who had made headlines for smashing two double centuries in two months, continued his magnificent run with an all-round show to help his school, Mallya Aditi International reach the semi-finals of the BTR Shield Under-14 Group I, Division II Tournament against Vidyashilp Academy.

Samit smashed 166 off 131 balls and that included 24 fours as Mallya Aditi International School reached 330/5. With the ball, he picked up four wickets and conceded just 35 runs as Vidyashilp Academy were bundled out for 182.

During the 2002 series against England and West Indies, Dravid amassed four consecutive centuries including three in England. His knocks of 115, 148 and 217 in Trent Bridge, Leeds and The Oval made him one of the best. In Australia 2003 and Pakistan 2004, Dravid made 619 runs in four Tests and in Rawalpindi, he smashed 270 as India drew in Australia and won a series in Pakistan.

During an inter-zonal under-14 state level match between Vice President's XI and Dharwad Zone in December 2019, Samit shone with the bat as he smashed a magnificent 201 and responded with 94 in the second innings. However, Samit did what his father, Rahul Dravid, had never done in his career and that is take more than two wickets. Samit picked up three wickets in addition to his double ton and fifty as the match ended in a draw. Rahul, in his whole career, took a combined total of just nine wickets in First Class and List A combined. This is not the first time Samit has shown the appetite for big runs. 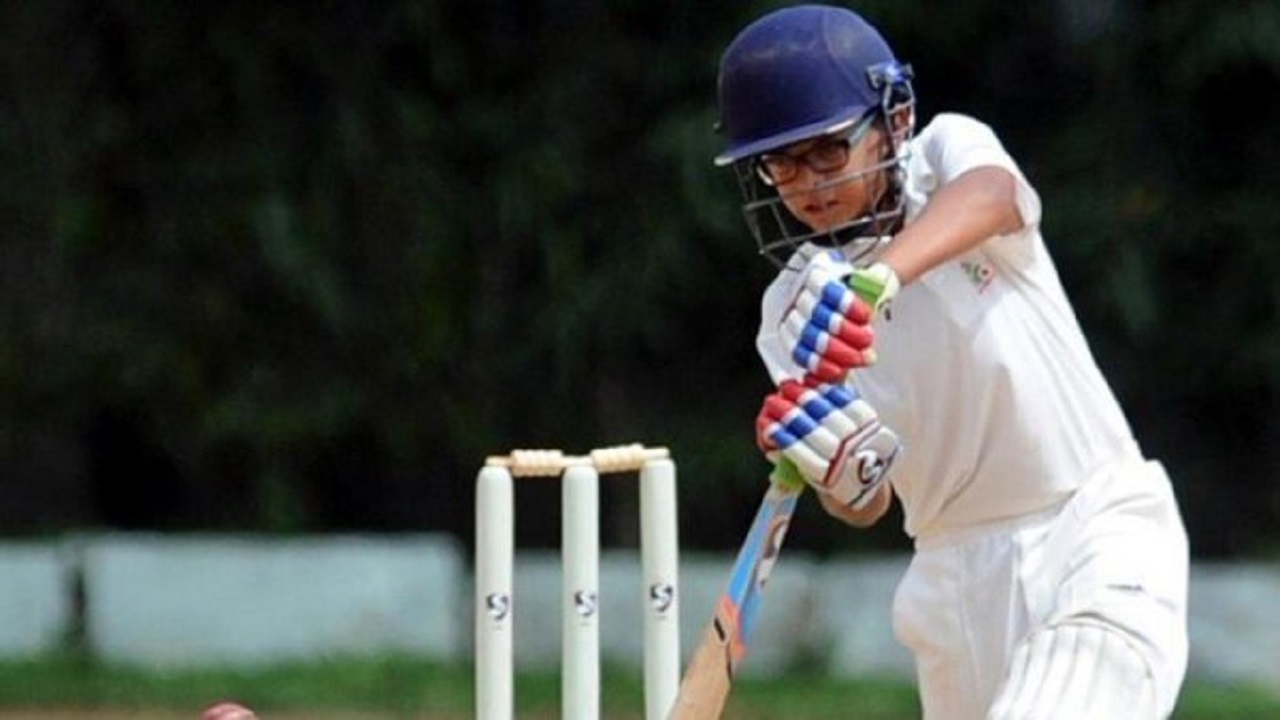 Samit Dravid has impressed everyone with his all-round skills in cricket. (Image credit: Twitter)

In 2018, Samit took three wickets for just nine runs and then struck a half-century to help Mallya Aditi International School convincingly beat Cambridge Public School by nine wickets. In the same year, he struck 150 for his school in Karnataka State Cricket Association’s (KSCA) BTR Cup as his school beat Vivekananda School by 412 runs.

In 2015, Samit notched up three fifties and helped his school Mallya Aditi International to victory in three games. In the next year, Samit, playing for Bangalore United Cricket Club, smashed 125 against Frank Anthony Public School and his double century stand helped his team win by a massive margin.