Virat Kohli's Indian Cricket Team Made Three Changes For The Pune Twenty20 International Against Sri Lanka As Sanju Samson And Manish Pandey Were Included In The Side In Place Of Rishabh Pant And Shivam Dube.

Sanju Samson will finally play a game for India after five years, having made his debut in 2015 in Zimbabwe. (Photo Credit: Getty Images)

The third and final Twenty20 International saw something different. Sri Lanka won the toss and chose to bowl and Lasith Malinga announced that they had made two changes with Angelo Mathews and Lakshan Sandakan included in the team. However, there was massive changes in the Indian cricket team with Virat Kohli announcing that Yuzvendra Chahal had replaced Kuldeep Yadav. However, the other two changes were massive. Sanju Samson was included in the side in place of Rishabh Pant while Manish Pandey came in place of all-rounder Shivam Dube.

The announcement of Samson brought about a huge roar from the Pune crowd. Samson last played a game for India in 2015 against Zimbabwe and he has been in great form in the domestic circuit. When he was included in the Indian side for the ongoing home series, many people felt that he would be included in one of the games. However, after the end of the series between Bangladesh and West Indies, Samson did not feature in any of the games and the frustration mounted. There were many people who said that Samson should at least be released from the squad in order to play the Ranji Trophy.

Samson had blasted 212* in the Vijay Hazare Trophy clash for Kerala against Goa in Alur and in the Syed Mushtaq Ali Trophy, he hit fifty against Rajasthan. Before the Bangladesh series, Samson had hit 116 and 78 against Bengal and Gujarat respectively that earned him a selection for the Bangladesh game.

Pandey, on the other hand, played the series against Bangladesh in which he hit a vital 22* in the Nagpur game in which Deepak Chahar took a hat-trick and finished with 6/7, the best figures by a bowler in the format. After the series, Pandey was part of the victorious Karnataka team that won the Syed Mushtaq Ali Trophy. He started the series with a bang with a brilliant 129* against Services in Vizianagaram and a vital 52* against Tamil Nadu in Surat. In the final, he blasted an unbeaten 60* and helped Karnataka clinch the title in thrilling fashion.

Pant has been enduring a torrid time with the bat and behind the wickets in the last couple of months. In ODIs, he has not yet hit a fifty while in the last 10 Twenty20 Internationals, he has managed just one score of fifty. As a wicketkeeper, Pant botched up a stumping against Bangladesh and his one dropped catch in the game against West Indies in Thiruvananthapuram cost India heavily. With every passing game, the criticism of Pant has mounted with fans chanting MS Dhoni's name each time he messes up an opportunity. This has sometimes angered Virat Kohli who has asked the fans to behave and not put him under pressure. The amount of chances that he has gotten has led to constant criticism on social media. 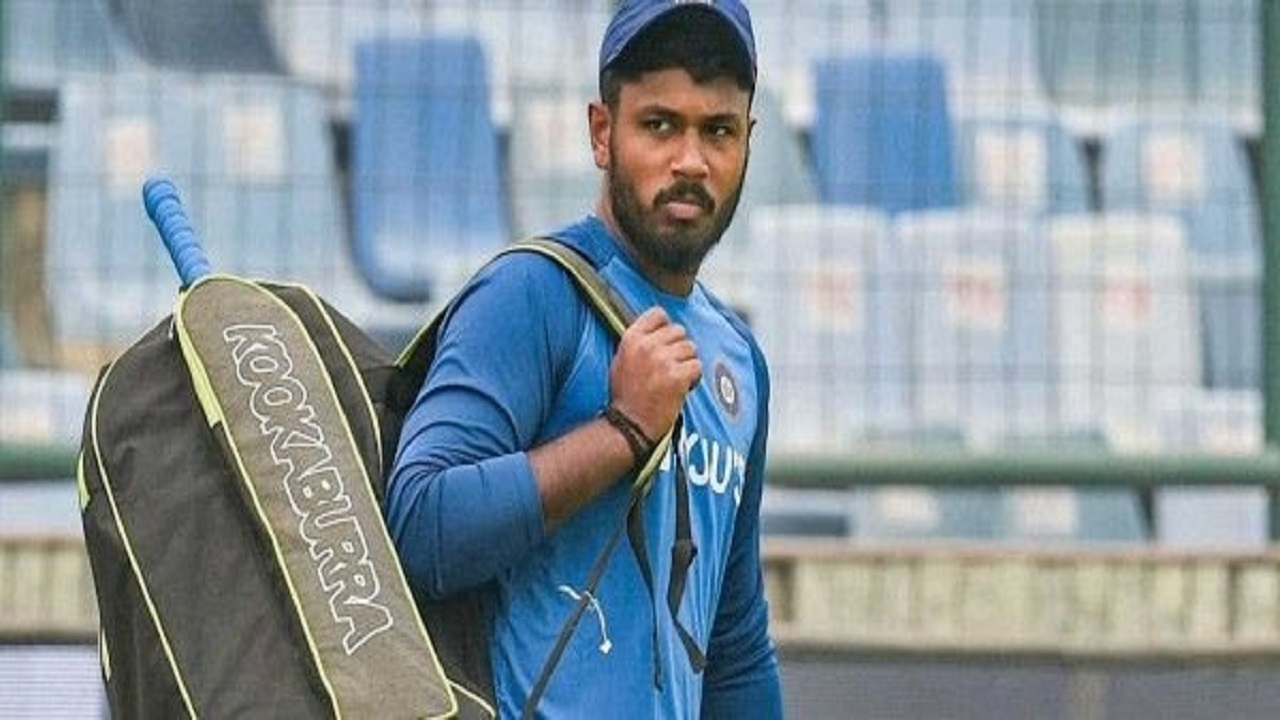 Sanju Samson replaced Rishabh Pant, who has struggled with both bat and gloves in the recent series. (Image credit: Twitter)

Ahead of the Chennai ODI, India cricket team batting coach Vikram Rathour had spoken about the main factor which has resulted in Pant getting so many chances. Samson's inclusion in the side had doubled the pressure on Pant but former India skipper and current BCCI president Sourav Ganguly said the extra pressure on Pant is actually good for his career.

"It's good for him (Pant). He should get used to it. Let him hear it and let him find a way to succeed. He will be under pressure and let him go through it and figure out on his own. Everyday, you don't get MS Dhoni. It will take Pant 15 years to achieve what MS has achieved. The BCCI can't be thankful enough to MS for what he has done for Indian cricket. We will leave it at that. We are speaking to Virat, the selectors, that's what it is. We will address (Dhoni future) as and when it comes," Ganguly had said during the 'India Today Conclave (East)' in Kolkata.