Sarfaraz Khan, Who Smashed A Triple Century And Double Century In Successive Innings, Notched Up Yet Another Century As Mumbai Reached A Strong Position Against Madhya Pradesh In The Ranji Trophy Tournament.

Sarfaraz Khan has enjoyed a record-breaking 2019/20 Ranji Trophy season. The Mumbai right-hander smashed 301* for Uttar Pradesh and he followed it up with a brilliant 226 against Himachal Pradesh in Dharamshala. After knocks of 78 and 25 against Saurashtra in Rajkot, Sarfaraz notched up yet another century as he blasted an unbeaten 169 at stumps on the first day of Mumbai's final Ranji Trophy league game against Madhya Pradesh at the Wankhede stadium on Wednesday. Mumbai chose to bat in their final Ranji Trophy league game and they were jolted immediately when Hardik Tamore fell cheaply. Suryakumar Yadav and Aakarshit Gomel strung a solid stand with Suryakumar batting aggressively.

However, Kuldeep Sen struck twice as he removed Suryakumar and Siddesh Lad in quick succession and Mumbai were tottering at 72/3. Sarfaraz joined Gomel and the duo proceeded to boost Mumbai with some attacking hitting. Sarfaraz, in particular, was severe on the bowlers as he blasted 22 fours and three sixes as he shared a 275-run stand with Gomel. Sarfaraz outscored Gomel and he notched up his third century in the 2019/20 Ranji Trophy season. Gomel also notched up his century and Mumbai ended on 352/4 at stumps on day 1.

Saurashtra bowlers, led by skipper Jaydev Unadkat dished out a clinical show to restrict Tamil Nadu to 250/7 in their last Ranji Trophy Elite Group B match in Rajkot on Wednesday. While the result of the game would not affect Saurashtra, as they have qualified for the knockouts already, it would have a bearing on Tamil Nadu's prospects as nothing short of a win would help the side. For Tamil Nadu, the experienced Abhinav Mukund (86) and N Jagadeesan (61 not out) scored fifties. Jagadeesan's knock ensured that the visitors reached the 250-run mark. Tamil Nadu slipped to 132/4 from 102/2, as Undakat (3-25) took two quick wickets. 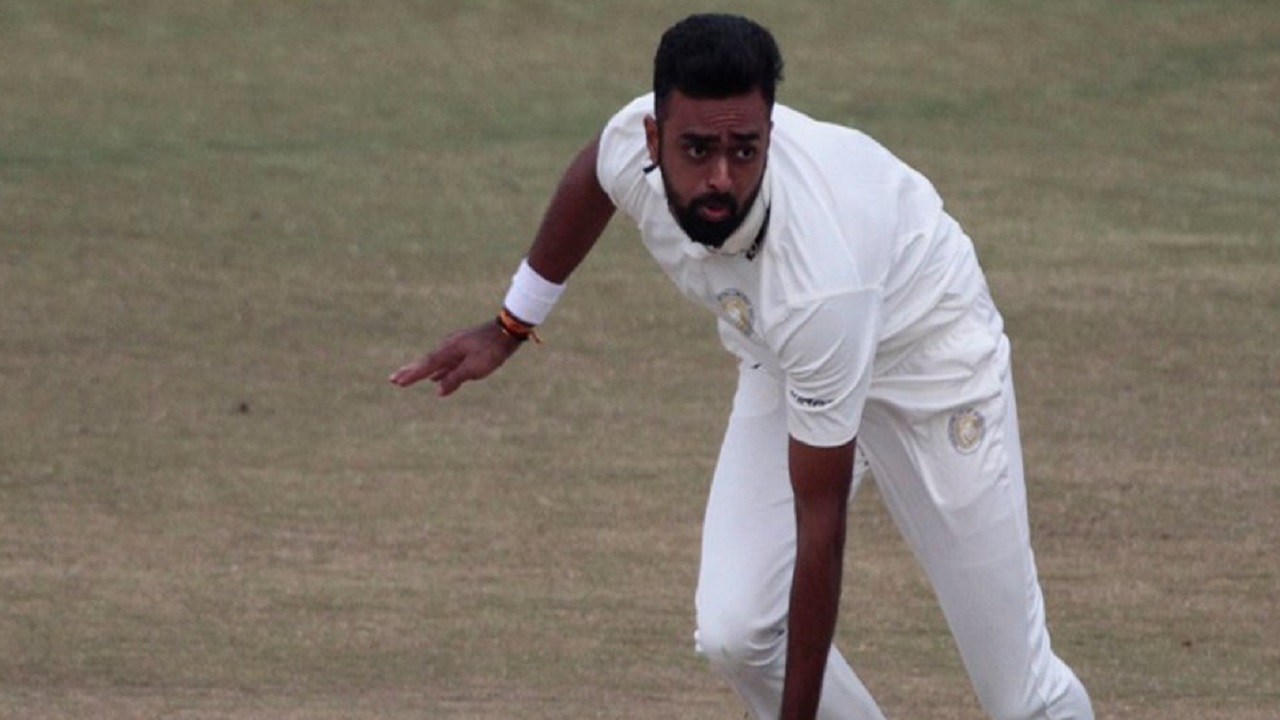 First the left-arm pacer trapped V Ganga Sridhar (13) in front of the wicket and then removed a well-set Mukund in a similar fashion to put Tamil Nadu in a spot of bother. Then skipper Baba Aparajith (20) and wicket-keeper Jagadeesan tried to rally the Tamil Nadu innings with their 42-run stand for the fifth wicket. But as the two were looking good, Chirag Jani (2-44) broke the stand sending Aparajith back to the pavilion.

In Jammu, a late strike by Abid Mushtaq helped Jammu & Kashmir reduce Haryana to 2 for 1 after the home team was 340 all out on the first day of the Ranji Trophy Group C match on Wednesday. Electing to bat, Jammu and Kashmir rode on half-centuries from Shubham Singh Pundir (84) and Shubham Khajuria (62) besides useful contributions from captain Parvez Rasool (49) and Ram Dayal (43) to post a good total. For the visiting team, leg-spinner Rahul Tewatia did a good job, picking up seven wickets.

Medium-pacer Ajit Chahal struck an early blow for Haryana, dismissing opener Suryansh Raina (14) before some substantial partnerships helped Jammu and Kashmir's cause. After the second wicket fell at 64 when Jiyaad Magrey got out for 18, Khajuria and Pundir were involved in a 66-run stand for the third wicket. The left-handed Pundir then added 80 runs with the skipper Rasool (49).