Shafali Verma Endured A Torrid Time In The Final As She Put Down Alyssa Healy On 9 And Then Was Dismissed Cheaply As India Were Thrashed By 85 Runs In The Final Of The ICC Women's World T20 Against Australia At The Melbourne Cricket Ground.

Shafali Verma was consoled by Harmanpreet Kaur and Harleen Deol after India's loss in the final against Australia. (Photo Credit: Twitter)

Before the start of the ICC Women's World T20 final between India and Australia at the Melbourne Cricket Ground, Shafali Verma was the No.1 ranked Twenty20 International batter in the world. The 16-year-old's electrifying batting had lit up the entire ICC Women's World T20 with a strike-rate of 161. In the final, all hopes rested on her as India looked to break their ICC Women's World T20 drought in the clash against Australia in front of an 86,147-strong crowd at the Melbourne Cricket Ground. It started badly for Shafali Verma as she dropped Alyssa Healy on nine in the very first over of the game and she made India pay with a 30-ball fifty. Her 75 and Beth Mooney's unbeaten 78 helped Australia end on 184/4.

With the bat, Shafali Verma was caught in two minds whether to cut or steer a shortish ball from Megan Schutt which nipped back in and she ended up edging a catch to Healy on 2. The disappointment was totally reflected on Shafali's face as she had to drag herself out of the ground. When she reached the dugout, Shafali was spotted covering her faced with her shirt. Later on, visuals showed her that she was crying and was trying her hardest to put up a brave face. 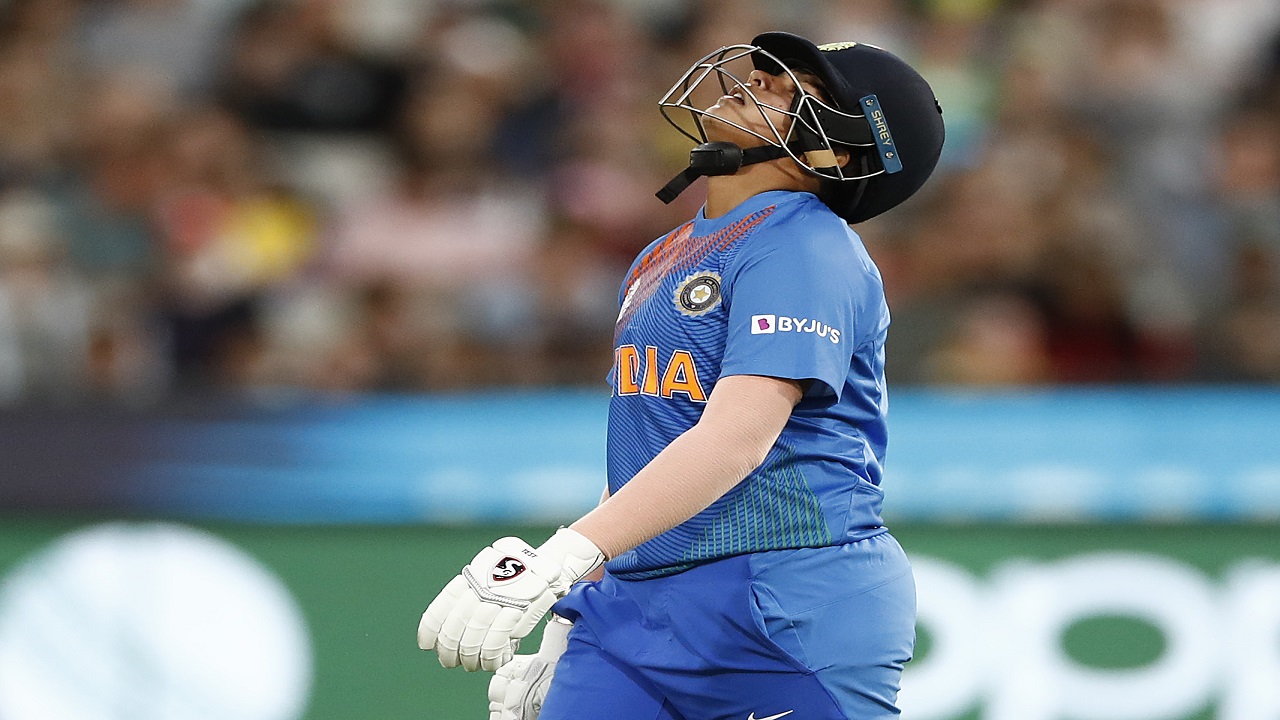 When India were bowled out for 99, Australia had won the Women's World T20 for the fifth time while for India, all their good work of having not lost a single league game in this edition of the tournament all went to waste.

After the match ended, while the Australian players celebrated, Shafali Verma was crying inconsolably. She received a consoling word from skipper Harmanpreet Kaur but she was once again weeping during the post-match presentation. Harleen Deol, her team-mate, tried her best consoling her but the 16-year-old simply could not control her tears and she hugged her team-mate tightly. Shafali Verma's emotional state resulted in plenty of consoling words from many people on social media.

It's ok Shafali verma, you've achieved more than what a 16 year old can do ðŸ”¥ðŸ”¥ don't be sad ðŸ˜­ðŸ˜­ We are proud you #shafaliverma #T20WorldCup #INDvAUS #TeamIndia #Shafali #fanof @hardikpandya7 ðŸ’™ pic.twitter.com/Wwbno563zT

Heartbreaking Scenes. Rohit Sharma , Yashasvi Jaiswal and Shafali Verma star of the tournaments of each World Cup. The finishing line was just out of reach.
ðŸ˜­ðŸ˜­â˜¹ï¸Ââ˜¹ï¸Ââ˜¹ï¸Ââ˜¹ï¸Â#INDvAUS #INDvsAUS #T20WorldCup#JacSimFever pic.twitter.com/PgzNd1BITR

Many pointed out that as a 16-year-old, she had already achieved more than what other youngsters had achieved. The support from the Indian cricket team was huge and many did not go after the team harshly for their poor show in Melbourne.

However, Shafali Verma's emotional state of mind reflected what many passionate Indian fans were undergoing, having missed a golden chance to create a revolution in women's cricket in India on the occasion of International Women's Day.