Shai Hope Struck 170 In The Tournament Opener To Share A Record Opening Partnership Of 365 With John Campbell. He Followed It With 109 Against Bangladesh At The Same Venue On Tuesday.

147 and 118 - the two centuries against England in all-important encounter at Leeds in 2018 was the time which defined the young sensation - Shai Hope. His two innings not only defined his character, but also led one and all believe that something special from West Indies is on its way.

Shai Hope struck 170 in the tournament opener to share a record opening partnership of 365 with John Campbell. He followed it with 109 against Bangladesh at the same venue on Tuesday. However, his knock wasn’t enough for the Windies this time around as they lost the game by 8 wickets.

On the way to his 6th ODI hundred, Shai completed 2000 runs in the ODI format.Hope got to the milestone in only 47 innings making him the quickest West Indian to this mark. He thus broke the record held by Sir Vivian Richards who took 48 innings.

Overall, Hope is the joint 5th fastest to this milestone. Hope’s numbers in the 50-over format look brilliant when he opened the innings for the Caribbean team. His hundred on Tuesday was the 4th consecutive ton as an opener. The 25-year-old struck centuries against Bangladesh in away series last year when the last time he opened for the Windies in the format.

Thus, Shai Hope became the first player in ODI history to hit centuries in four consecutive innings as an opener. As many as four players have scored hundreds in three successive ODIs while opening before Hope. In fact, the keeper-batsman’s numbers as an opener speak volumes as he scored 657 runs across six ODI innings as an opener with four hundreds and a fifty.

He has an impeccable average of 164.25 while opening which is nearly three times that of Rohit Sharma (56.47) who is 2nd in the list of highest batting average as opener among the players who scored 500+ runs. Shai Hope also holds the record of scoring 10 and more runs in each of his first 20 innings. 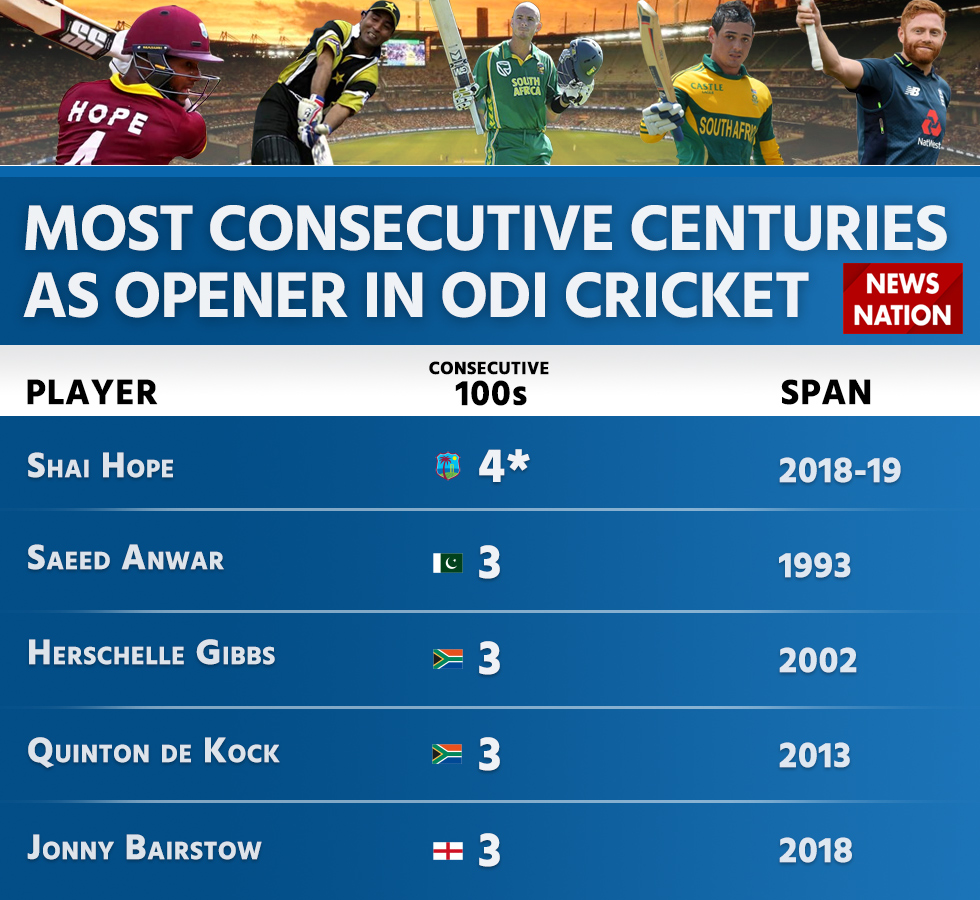