No.11 Finishing Game With A Six - Sheldon Cottrell Achieves This Historic Feat Vs Ireland

Sheldon Cottrell, Who Is Best Remembered For Giving A Salute After Taking A Wicket, Became The First No.11 To Finish The Game With A Six As West Indies Won By One Wicket Against Ireland In Barbados.

Sheldon Cottrell won the match for the West Indies not with the ball but with the bat as he hit a six to give the Windies a one-wicket win. (Photo Credit: Getty Images)

Sheldon Cottrell's presence in the cricketing field is a sight for sore eyes. The Jamaican left-arm pacer's unique wicket-taking celebrations have made him one of the most popular players in the international cricket. However, on Friday morning, Cottrell etched his name in the history books as he helped the West Indies get over the line in a thrilling contest against Ireland at the Kensington Oval in Barbados. Chasing 238, West Indies were in huge trouble at 200/8 but a gritty partnership of 32 between Hayden Walsh and Alzarri Joseph kept West Indies in the hunt. With four runs needed off four balls, there was a moment of controversy in the final over bowled by Mark Adair. Cottrell tapped a full ball to short cover and set off for a quick single.

The fielder fired a throw to Adair who collected it and broke the stumps. Cottrell dived and it looked like he was in trouble. The third umpire had a look and after four minutes of looking at the various angles, the third umpire had deemed that the ball popped out when the stumps were broken and Cottrell survived. On the fourth ball, there was even more pandemonium. Hayden Walsh had pushed a ball to cover but Cottrell was ball-watching and he did not go for the second run. The throw came to the bowler's end when it should have been at the keeper's end. The bowler slipped, Cottrell slipped but he made it to the crease.

With two needed off two balls, Cottrell blasted a full ball outside off over wide long off to seal a one-wicket win. In the process, Cottrell became the first No.11 to finish off a match and help his side win with a six. This was the 62nd instance of a side winning an ODI by one wicket and it continued Ireland's heartbreak in West Indies.

A Thriller In Barbados

Ireland chose to bat at the Kensington Oval and they were jolted by Cottrell and Alzarri Joseph who sent back Gareth Delany and skipper Andrew Balbirnie. William Porterfield and Paul Stirling notched up a 59-run stand, with Stirling notching up a fifty. However, Porterfield was sent back by Kharry Pierre while Joseph sent back Stirling for 63. Kevin O'Brien struck some big blows and looked dangerous but when he and Lorcan Tucker were sent back by Joseph, Ireland struggled. 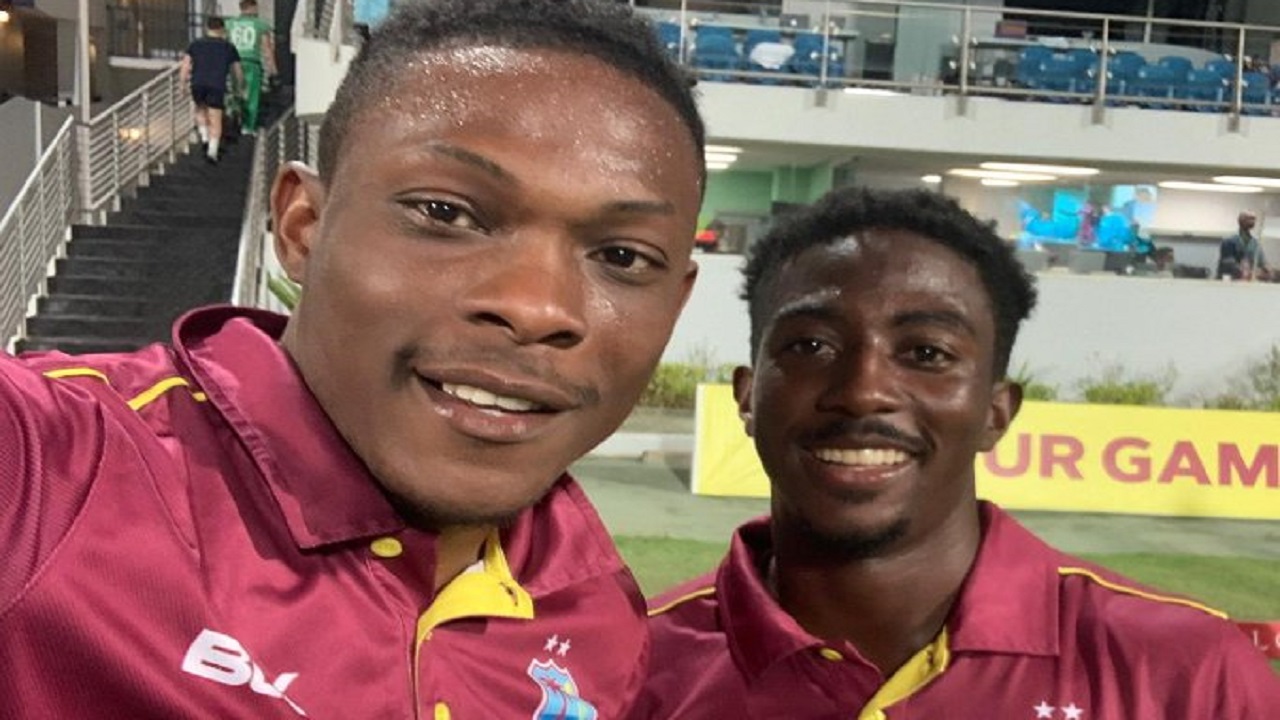 Simi Singh shared partnerships with the tail as they ended on 237/9, with Singh hitting 34. Joseph was the star with 4/32 and Cottrell ended with 3/51. In response, Evin Lewis, Shimron Hetmyer and Brandon King all fell cheaply but Shai Hope and Nicholas Pooran shared a 52-run stand for the fourth wicket. Although Hope was trapped LBW by Simi Singh for 25, Pooran found good support in skipper Kieron Pollard. Pollard smashed two sixes off Delany while Pooran notched up his fifty with a cut shot off Boyd Rankin. Pollard smashed a four and six off Simi Singh before play was suspended for 15 days due to rain.

After the break, Simi Singh got rid of Pooran for 52 and Pollard was sent back by Barry McCarthy for 40. Another short rain delay turned the momentum towards the West Indies. Hayden Walsh found the boundary on a regular basis and he shared a decent partnership with Pierre who hit 18. At 200/8, it looked all over but Walsh, in the company of Joseph and Cottrell, ensured West Indies would not face more embarrassment.