'What Is This Boss?' - Shreyas Iyer Reveals Rahul Dravid's First Impression Of His Batting

Shreyas Iyer, The Mumbai Batsman Who Has Often Been Compared With Virender Sehwag For His Flamboyance, Has Revealed How Rahul Dravid Reacted To His Batting When He Saw Him For The First Time In A Four-day Game.

Shreyas Iyer has been consistent for India ever since he made his debut in 2017 in the ODI against Sri Lanka. (Photo Credit: Getty Images)

Shreyas Iyer has been known to be a dazzler. In his early days, his batting style often drew comparisons with Virender Sehwag. However, the Mumbai batsman has now revealed that his batting style left Rahul Dravid, the former India batsman flummoxed. In a chat with Cricbuzz, Shreyas Iyer revealed an incident during a four-day game. In the last over of the day, Iyer was looking to play out to safety. The spinner, who was bowling the last over, bowled a flighted delivery outside off. Shreyas Iyer decided to dance down the track and he lofted the bowler for a big six. When Dravid saw this, he was left flummoxed and he had a talk with Shreyas Iyer when he walked back to the pavilion.

"It was a four-day match and Rahul Dravid was seeing me for the first time. It was first day's last over. I was batting on 30 or something, so everyone thought (that since) it is the last over I'll play out the over, I'll play it carefully and finish it. Rahul Dravid sir was sitting inside. The bowler bowled a flighted delivery, so I stepped out and hit it in the air. It went high up in the air and it was a six. Everyone in the dressing room came out running, they were looking up, and thinking who plays the last over like this. That day he (Rahul Dravid) judged me for how I am. He came to me and he was like 'Boss! What is this? (It is the) day's last over and you're doing this'? But later on, I started realising about what he was trying to say," Iyer told Cricbuzz in their ongoing video series 'Spicy Pitch'.

Perhaps, it was this advice that forced Iyer to mellow down. He changed his batting style and approach as he became consistent in all three formats of the game. After averaging 52 in First Class cricket and after years of consistency for Mumbai, Iyer was picked in the India squad in 2017 and he has responded with 748 runs in 18 ODIs at an average of 49.86. In T20Is, he has an average of 27 and a strike-rate of 129 while in the Indian Premier League, he has two centuries. 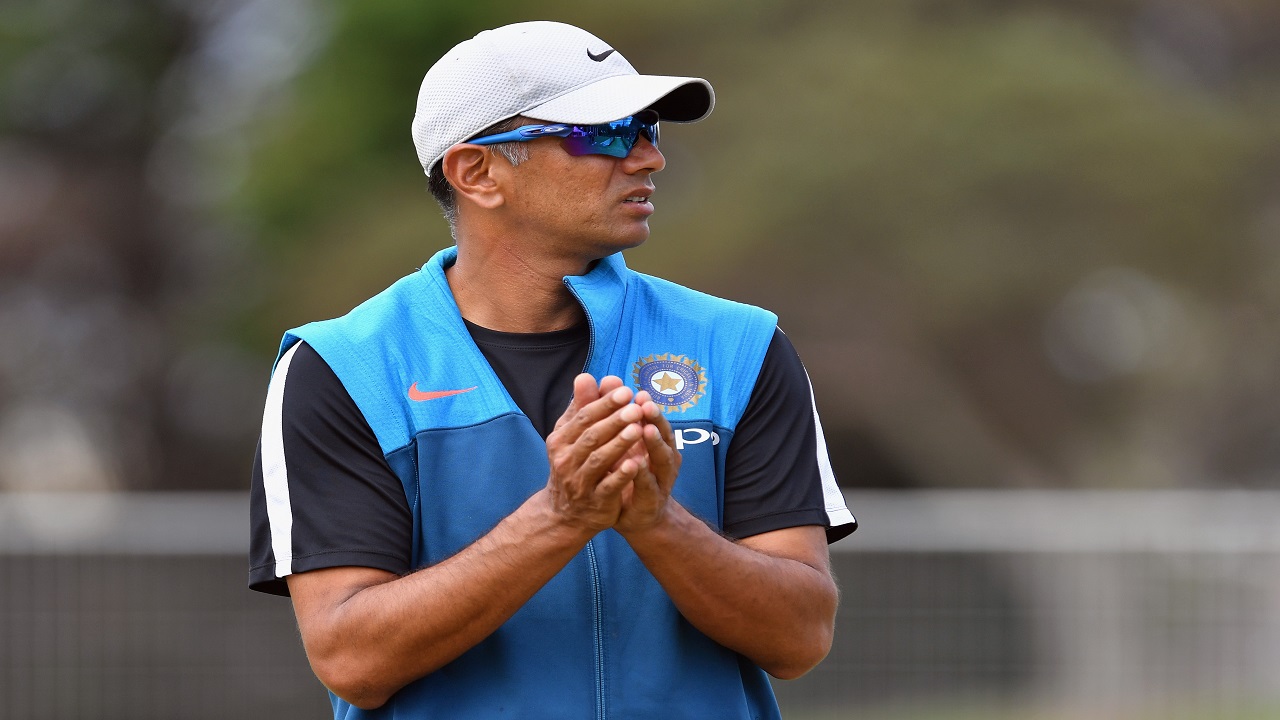 Rahul Dravid was the India A coach during the days when Shreyas Iyer was starting his cricketing career. (Image credit: Getty Images)

Speaking about his approach, Iyer said, "Some of it is natural and some of it is mental as well. Both go 50/50. You have to be mentally very strong, when you play at the highest level. You have to believe in yourself, and you have to be positive at that stage. Yes, I think at that time, I was really confident about the way that I used to approach my innings, and my body language used to say it. But people used to think I was very lazy and lethargic, but I never thought about what they would think about me, I just backed myself, and I just used to do the things the way I liked to."

Amidst all the doom and gloom of no action, one Indian cricket team batsman is showing his magical prowess literally. In a video uploaded by the official BCCI Twitter handle, Shreyas Iyer, along with his sister Natasha, are displaying card magic tricks.

"Trust our in-house magician @ShreyasIyer15 to keep us entertained when we are all indoors. Thanks for bringing smiles champ! #TeamIndia," the BCCI wrote on its Twitter handle. The India batsman was seen performing a new magic trick which he calls "gun trick" with a deck of cards. Iyer said this was a new thing that he wanted to do in the period when social distancing was the norm due to the coronavirus pandemic.