Smriti Mandhana, Who Was In Great Form During The Recently Concluded Tri-Series Involving Australia And England, Has Stressed India's Top Order Must Bat Longer In Order To Protect Inexperienced Middle Order.

Smriti Mandhana will be the key for India as they begin their Women's World T20 campaign against Australia on February 21. (Photo Credit: Getty Images)

Smriti Mandhana has been the pillar of the Indian women's cricket team top order ever since 2017. The left-hander hit three consecutive fifties in ODIs and in the recently concluded Women's T20I tri-series between Australia and England, Mandhana was in fine form with knocks of 15,35,45,55 and 66 in the tournament. Smriti Mandhana slammed 66 in the final and she was boosting India towards the title but with Mandhana's dismissal, India lost seven wickets for 29 runs as they lost by 11 runs thanks to Jess Jonassen's 5/12. India's middle-order has been unpredictable and its repeated failures have hurt them.

In the 2017 World Cup final, India had lost seven wickets for 28 runs to go down to England by nine runs, while in the recent tri-series final against Australia, they collapsed to 144 all out after being 115 for three at one stage while chasing 155. With the World T20 just six days away, Smriti Mandhana has stressed the need for the top order which includes her, Harmanpreet Kaur, Shafali Verma and Jemimah Rodrigues to bat longer in order to protect the middle order. 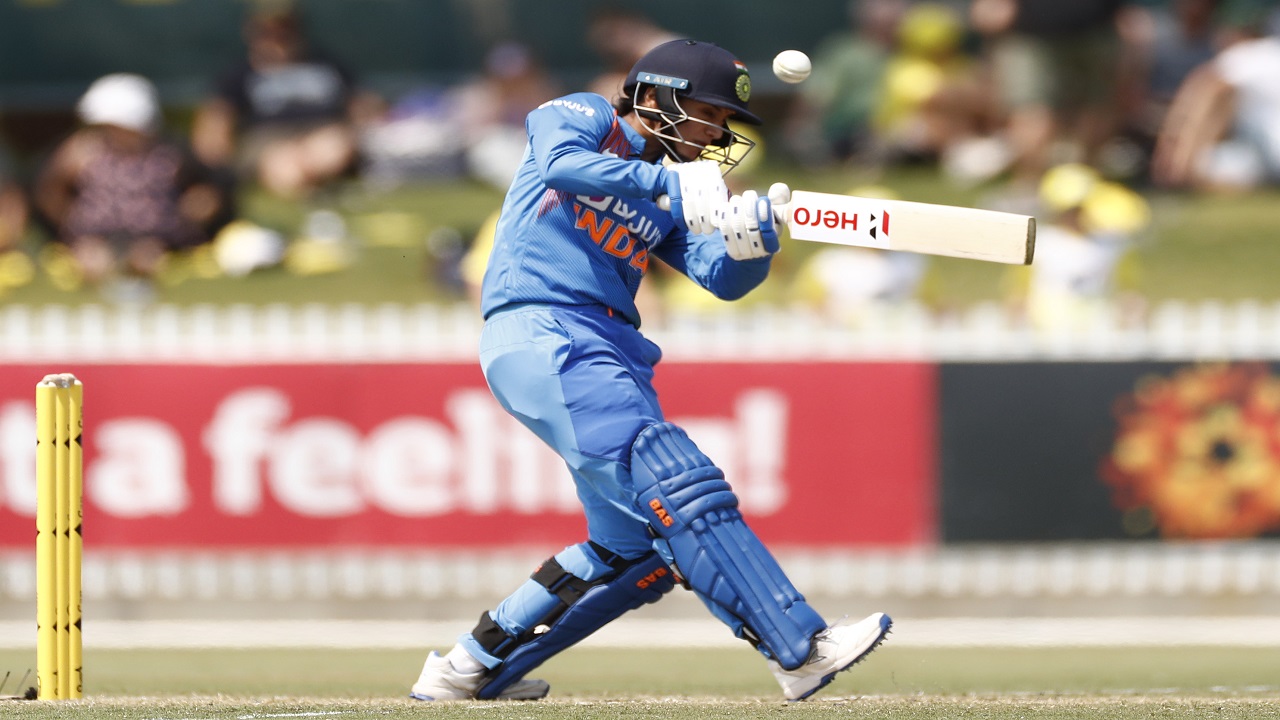 Smriti Mandhana slammed 66 in the final and she was boosting India towards the title against Australia. (Image credit: Getty Images)

"The middle order could definitely improve. There are some things we still have to figure out with our batting and we are trying hard to do that. The best way to support the middle order is for the top order to bat 20 overs. I think we need to try and bat long as a top four. We must try not to get out in the 16th or 17th over and the problem will be sorted if we can stay until the 20th over," Mandhana said.

India will begin their T20 World Cup campaign with a clash against four-time champions Australia on February 21. While India lost to the Australia in the tri-series final, they had also defeated the hosts in a crucial league game, in which Mandhana scored 55 and young Shafali Verma blasted 49 from 28 balls to help the team chase down 177 losing just three wickets. Australia head coach Matthew Mott believes India have the most feared batting line-up at the T20 World Cup and Mandhana agrees that they have a balanced batting order.

"We can be very unpredictable on our day, but I'd like to agree (with Mott)," she said. We have some great batters and our order is very balanced. The top four or five are quite settled. We've had the same top five for the last year and that's been a good thing for us," Mandhana, who became the third Indian to reach 1,000 T20I runs at the 2018 Women's T20 World Cup and was also the leading run-scorer in the recent tri-series in Australia, was quoted as saying by the ICC.