Ashleigh Gardner Smashed 93 But It Went In Vain As Smriti Mandhana's Aggressive Fifty And Shafali Verma's 49 Helped India Women's Team Chase Down 177 Against Australia And Stay Alive In The Race For The Final Of The Women's Twenty20 International Tri-series.

Smriti Mandhana notched up an aggressive fifty and along with Shafali Verma guided India over the line in a record chase against Australia. (Photo Credit: Getty Images)

Ashleigh Gardner blasted 93 off 57 balls to propel Australia to a big score of 173/5 against India in the Women's T20 Tri-series at the Junction Oval in Melbourne. However, Smriti Mandhana blasted 55 and she was aided by a blitz off 49 from Shafali Verma. The 85-run opening stand helped Harmanpreet Kaur's India achieve their highest successful chase in Women's Twenty20 International as they won by six wickets to stay alive in the race for the final. This was the third highest successful chase in Women's Twenty20 Internationals with England occupying the top two spots, having chased down 199 and 181 against India and Australia in 2018 and 2017 respectively.

India chose to bowl in Melbourne and they struck immediately with Deepti Sharma getting rid of the struggling Alyssa Healy in the first over. Gardner looked in great form and she smashed two boundaries off Shikha Pandey and she received good support from Beth Mooney. The left-handed Mooney also got into the act by smashing two fours off Deepti Sharma. Gardner showed her aggressive side by launching Rajeshwari Gayakwad for a six and then thumping the bowler to long off for another boundary.

Mooney and Gardner made good progress but Harleen Deol broke the stand by getting rid of Mooney for 16. Gardner reached her fifty with a boundary off Deol and she celebrated the landmark with a six off Arundhati Reddy. Gardner raised the tempo by smashing a six and a four off Deol while Meg Lanning showed her class with two fours off Radha Yadav. Lanning was in her elements and she smashed three consecutive fours off Shikha Pandey as Australia stared at a big total. 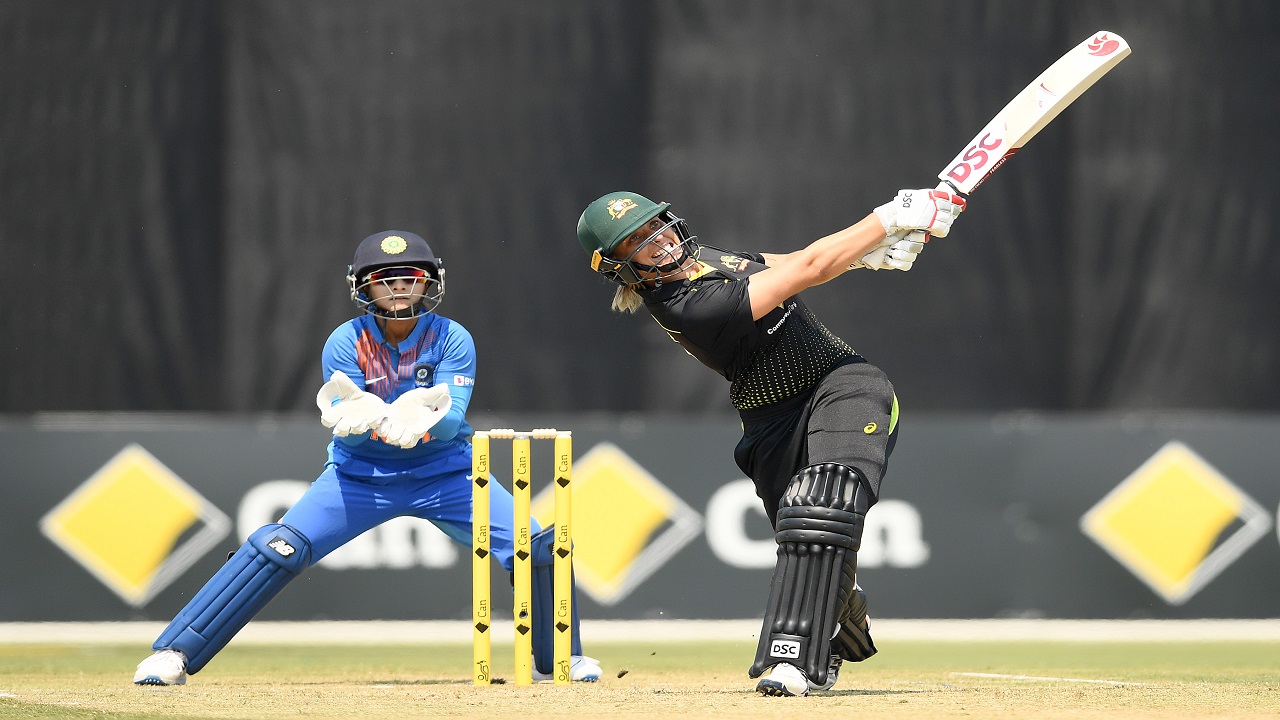 Ashleigh Gardner's 93 went in vain as Australia's hopes of reaching the final hung by a thread. (Image credit: Getty Images)

Gardner neared her ton but Deepti Sharma sent back Lanning for 37 off 22 balls. Gardner entered the 90s with a drive to sweeper cover but was dismissed for 93 by Radha Yadav. Ellyse Perry ended the innings with a flourish as Australia finished on 173/5.

In response, Mandhana and Verma both got going with a boundary in the first over bowled by Jess Jonassen. Verma, the 16-year-old youngster, then decided to target Australia's ace player in Ellyse Perry. Verma smashed three boundaries off Perry while Mandhana notched up two boundaries off Delissa Kimmince. Verma smashed Megan Schutt for a big six as India ended the powerplay on a staggering 70/0. Mandhana continued to find the boundary but Verma missed a chance to reach her fifty as she fell to Perry for 49.

Jemimah Rodrigues, though, maintained the momentum by smashing boundaries on a regular basis as India kept at pace with the required run-rate. Rodrigues hit five fours in quick time but she was dismissed for a quick 30 off 19 balls by Schutt. Harmanpreet Kaur launched a six off Kimmince while Mandhana neared her fifty with a drive to deep extra cover off Schutt.

Mandhana notched up her fifty with a four off Nicola Carey but she was dismissed for 55. Deepti Sharma held her nerve as she struck a couple of boundaries and India achieved a record chase with two balls to spare. With this result, India have moved to the second spot and the winner of the England vs Australia match will determine the finalists depending on the result margin.