Megan Schutt, Who Played A Crucial Part In Australia's Win Against South Africa In The Semi-final Of The ICC Women's World T20, Has Stated That Bowling To Smriti Mandhana And Shafali Verma In The Powerplay Is A Task That She Is Not Looking Forward To In The Final.

Shafali Verma has been sensational for India in the ICC Women's World T20 and along with Smriti Mandhana, they will be the key if India are to win against Australia. (Photo Credit: Getty Images)

Australia overcame the conditions and a spirited effort from South Africa to enter the final of the ICC Women's World T20 for the sixth consecutive time. The four-time champions will take on India in the final on March 8, which is also International Women's Day at the Melbourne Cricket Ground. Australia will be vary of the threat Harmanpreet Kaur's India pose, having been undone by a masterclass of legspin bowling from Poonam Yadav as they lost by 17 runs. In the recent tri-series, India defeated them in one of the league games before suffering a dramatic collapse in the final to lose by 11 runs.

Australia will not be taking India lightly in the ICC Women's World T20 final at the MCG as they seek a record fifth title. However, one player is not looking forward to a tussle. Megan Schutt, who played a big role in the 2020 semi-final against South Africa, is not relishing the prospect of bowling to Smriti Mandhana and Shafali Verma. The 16-year-old from Rohtak is the No.1 ranked T20 batter and she has scored 161 runs in the ICC Women's World T20 at a remarkable strike-rate of 161. In the league games, it was Verma's batting which laid the base for India to dominate.

Speaking to the International Cricket Council's official website, Schutt remarked that she did not want to bowl to Mandhana and Verma who are in superb form during the six-over powerplay period. "I just hate playing India - they've got the wood over me. Smriti and Shefali have got me covered. That six Shafali hit me for in the tri-series was probably the biggest one I've ever been hit for. There are obviously some plans we're going to revisit as bowlers. (But) clearly, I'm not the best match-up to those two in the Powerplay. They find me quite easy to play," Schutt remarked.

After a good start in the first four games against India, Schutt has leaked runs against India. In the first match of the tri-series which also involved England, Schutt was mauled by Mandhana as she ended with figures of 1/26 in four overs. In the next game, she was dispatched over the sightscreen for a big six by Verma as they lost the ball. Schutt finished with 1/26 even in that game and in the final, she leaked runs to end with 1/28 but Australia managed to win the final by 11 runs thanks to an Indian collapse. 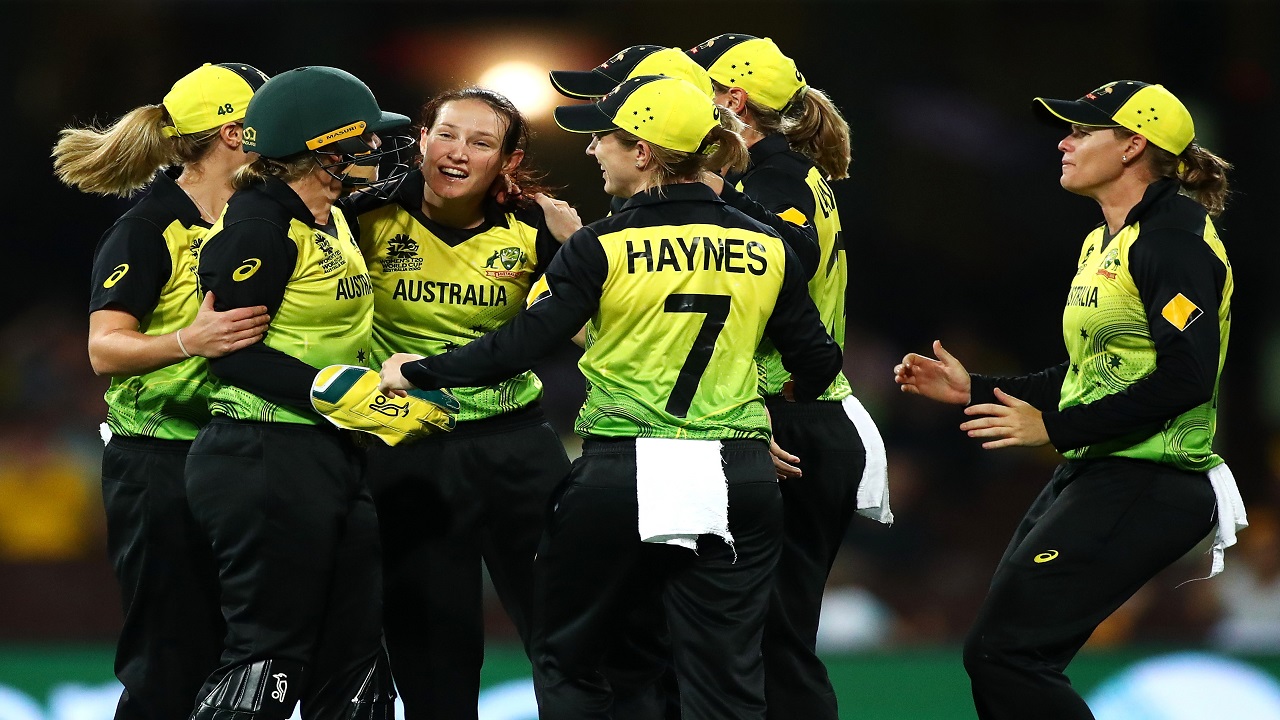 Megan Schutt has bore the brunt of Smriti Mandhana and Shafali Verma in the powerplay. (Image credit: Getty Images)

However, in the opening game of the ICC Women's World T20, Schutt was smashed for 16 runs by Shafali Verma and she never recovered. The right-arm pacer was the most expensive bowler on that day with 0/35 in four overs as India reached a slightly underwhelming 132/4 but India managed to keep the champions down due to Poonam Yadav's 4/19. Speaking about the final, Schutt remarked that this match-up was being talked about for a long time and finally, it is coming true.

"We've been talking about for so long and against India, which is super fitting considering the tri-series we had. It couldn't really be a bigger challenge for us. It's not really a bad thing, it's good we're going up against a team we've played a lot recently and it's the same for them as well," Schutt said.