South Africa Were Eliminated From The ICC Women's World T20 As They Lost By Five Runs Via The Duckworth Lewis Method Against Australia In A Rain-affected Semi-final At The Sydney Cricket Ground.

South Africa missed out on a chance to enter the final for the first time in the ICC Women's World T20 as they lost by five runs to Australia. (Photo Credit: Getty Images)

The first semi-final of the ICC Women's World T20 between India and England was washed out without a ball being bowled. The abandonment saw India enter the final of the ICC Women's World T20 for the first time. The second semi-final between four-time champions Australia and South Africa was also threatened with rain. A washout would put South Africa in the final of the tournament for the first time in history. However, the rain relented and a match was on. South Africa won the toss and chose to bowl looking at the conditions.

Meg Lanning, the Australia skipper, played a pivotal knock of 49 to help Australia reach 134/5. Nadine de Klerk was the pick of the bowlers with 3/19 but after the Australia innings, there was yet another rain delay. South Africa hoped that the rain would have washed away the match but instead, they were undone by the Duckworth-Lewis method again. The normal target of 135 required a run-rate of 6.7. The rain break, though, saw South Africa needing 98 off 13 overs at a run-rate of 7.53. Laura Wolvaardt kept South Africa in the hunt with a brilliant 41 off 27 balls which included three fours and two sixes but Megan Schutt's 2/17 helped Australia break South Africa hearts as they entered the final of the ICC Women's World T20 for the sixth consecutive time.

If it was left to South Africa, they would outlaw the Duckworth-Lewis method and do a rain dance which would keep the rain away. For the third time in ICC events, South Africa were undone by their two worst enemies in rain and Duckworth-Lewis method. In the 1992 World Cup, during the rain-curtailed semi-final between England and South Africa, England notched up 252/6 in 45 overs thanks to Graeme Hick's 83 and some contributions from the lower order. South Africa bowled their overs too slowly and they had to chase the target down in 43 overs. South Africa stayed in the hunt and they needed 22 off 13 balls when rain stopped the match. However, the rain rule, which was employed before the Duckworth Lewis method, saw South Africa needing 21 off 1 balls and the match saw England reach the final thanks to the 19-run win.

In 2003, during the league game against Sri Lanka in Durban, Marvan Atapattu's century and a brilliant fifty from Aravinda de Silva saw Sri Lanka notched up 268/9. In response, South Africa were boosted by a fine knock from Herschelle Gibbs but they lost wickets at crucial intervals. As the match progressed, the rain began to fall and all hopes rested on Mark Boucher. In the 45th over, the South Africa dressing room passed the message that the target after the end of the over was 229. 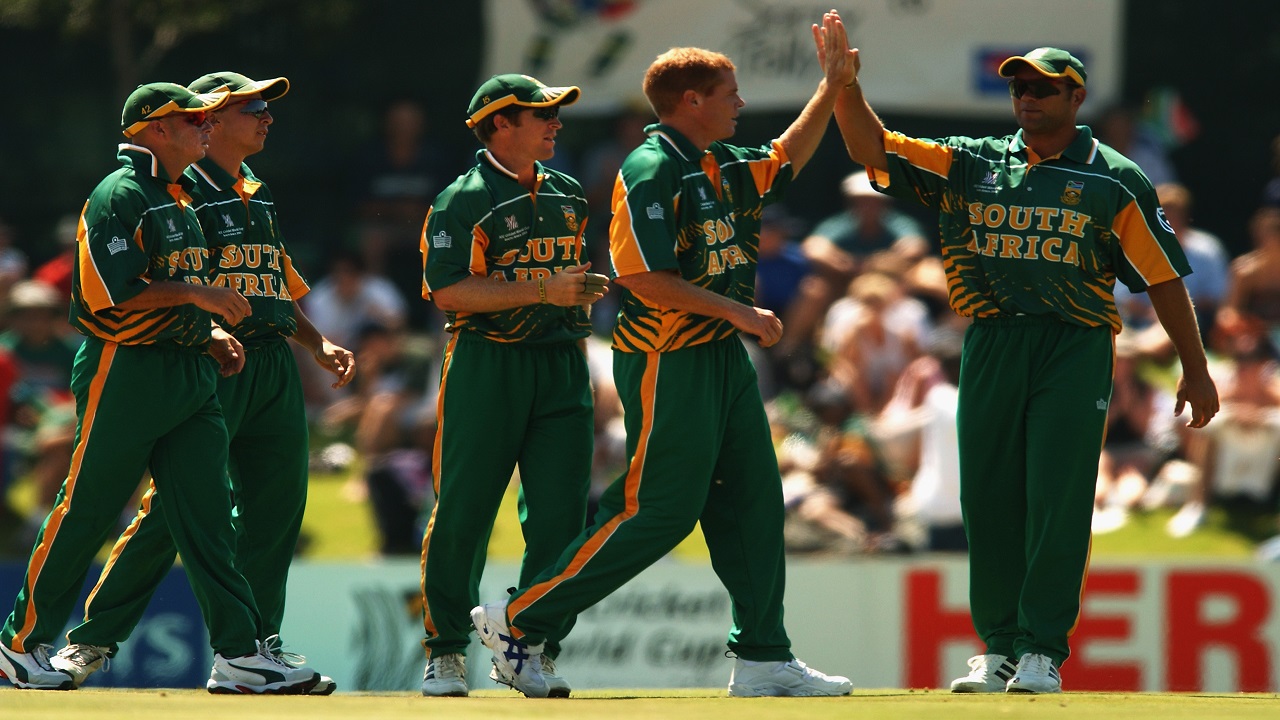 Shaun Pollock miscalculated the D/L score as they were knocked out in 2003 World Cup in bizarre circumstances. (Image credit: Getty Images)

Boucher hit a six to take South Africa to 229 and then blocked the last ball, thinking that South Africa had won. The umpires took the players off as the rain fell heavily in Durban. However, the informatiom Boucher had gotten was wrong. 229 was the par score and that could only tie the game. South Africa needed to make 230 to win and make it to the next round. The match was declared a tie and South Africa had been eliminated in the most bizarre circumstances.

In Sydney 2020, the South African team were chasing a steeper target due to the Duckworth-Lewis and Stern vagaries but skipper Dane van Niekerk stated that Australia's experience in knockout games was the deciding factor.

"I'd rather lose than get a free pass into the World Cup final. Let's be honest, we've only been in three [semi-finals]; they've played countless. I have to give them credit, their plans were spot on. The way they started their tournament [losing to India], to where they are now - it tells you about the quality of their team. You can never write off the No. 1 team in the world, and they showed tonight why they are, and why they came back," van Niekerk said. South Africa may have been outplayed by the class and experience of Australia, but it does not hide the fact that rain and Duckworth-Lewis once again combined in tandem to knock South Africa out.