Sri Lanka Had Lost In The Final Of Four Out Of The Eight ICC Events Ever Since 2007 But They Finally Overcame Their Jinx And Put On An Inspired Show To Help Them Win The 2014 World T20 By Beating India In The Final At Mirpur In What Became The Final Match For Kumar Sangakkara.

2007 ICC World Cup - Lost in the final to Australia. 2009 ICC World T20 - Lost In Final to Pakistan. 2011 ICC World Cup - Lost to India in final. 2012 ICC World T20 - Lost to West Indies in final. With four final losses in eight ICC major tournaments since 2007, the Sri Lanka cricket team were facing heartbreak after heartbreak. The glorious memories of the 1996 World Cup triumph were fading away. In seven years, they were eliminated in the knock-out stages in major competitions in heart-breaking manner. When they lost for the first time in Twenty20 Internationals to the West Indies in front of their home fans in the 2012 World T20, there was a feeling that Sri Lanka might not win another title.

However, heading into the ICC World T20 in 2014, there was momentum for Sri Lanka and it was the start of redeeming their lost glory. They had won the Test series against Bangladesh but their first major fortune was winning the Asia Cup 2014 without suffering a single defeat. All the wins were hard-fought and close, which equipped them in dealing with the pressure. They won their first game against Pakistan by 12 runs, defeated India by two wickets and Bangladesh by three wickets with only one win being dominant which was 129 against Afghanistan. In the final, they squared off against Pakistan again. In the summit clash, Fawad Alam helped Pakistan stage a recovery with a brilliant 114 as he shared a partnership of 122 with Misbah-ul-Haq (65) and 115 with Umar Akmal (59) as they reached 260/5. Lasith Malinga was the best bowler with 5/56 but Lahiru Thirimanne's brilliant 101 and a fantastic 75 from Mahela Jayawardene helped Sri Lanka win the title.

Sri Lanka were plagued by the poor form of their skipper Dinesh Chandimal heading into the tournament. Although they held their own with a narrow five-run win against South Africa and bowling Netherlands out for a miserable 39, the loss against England thanks to Alex Hales' century compounded Sri Lanka's woes. With Chandimal out of form and lacking confidence, Lasith Malinga stepped up to lead Sri Lanka for the do-or-die clash against New Zealand in Chittagong. New Zealand managed to restrict Sri Lanka to 119 but an inspired spell of 5/3 from Rangana Herath bowled New Zealand out for 60 and they were eliminated from the competition.

In the semi-final, they extracted revenge against the West Indies with a brilliant spell of 2/5 from Malinga as they won the rain-curtailed match by 27 runs to reach the final, where they would face MS Dhoni's Indian team who were on a high. With Virat Kohli in prime form and with the spinners delivering consistently, India were a potent force and they had the wood over Sri Lanka in recent games. 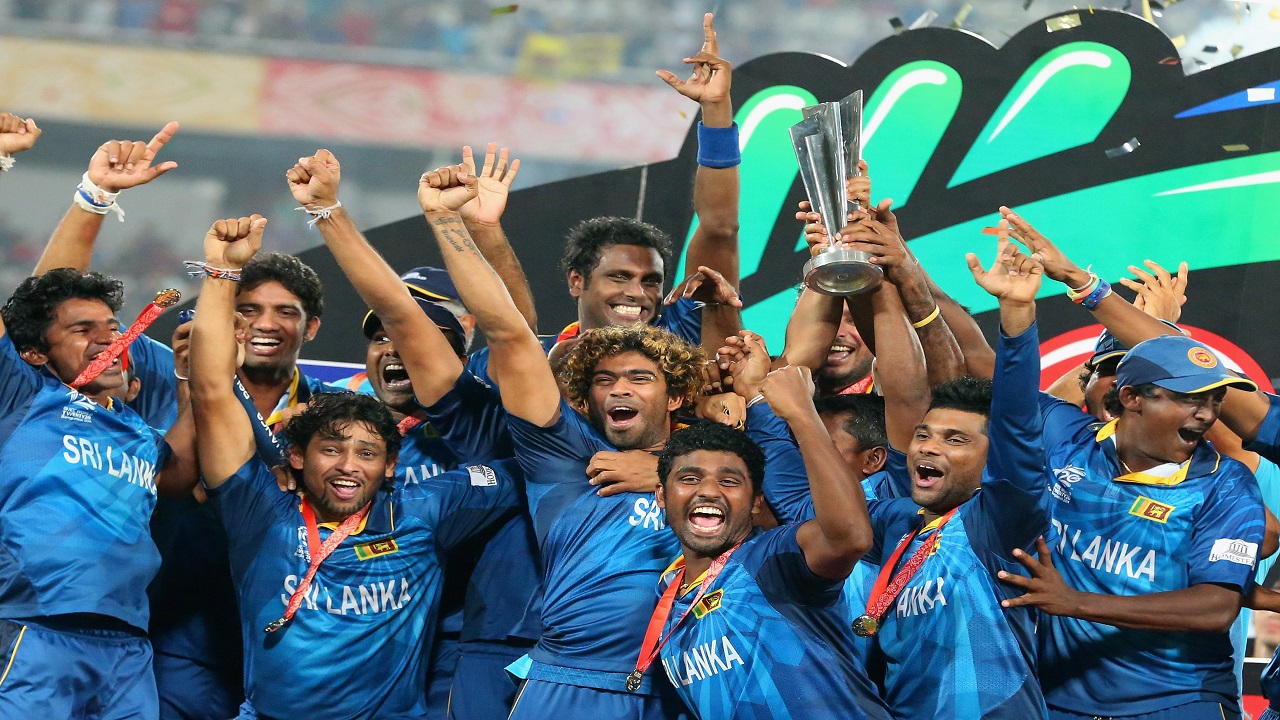 Once again, it was Kohli who set the ball rolling with a blazing fifty. Kohli blasted two fours and a six off Nuwan Kulasekara as India were 111/2 in 16 overs. The platform was set for a total in excess of 160-170. What followed afterwards was a masterclass in death overs bowling from Sri Lanka. Sachithra Senanayake, the offspinner, conceded just four runs in the 17th over. Malinga also conceded just four runs as Yuvraj Singh, acknowledged to be India's ultimate match-winner, struggled to get bat on ball and also failed to find the boundary.

Yuvraj Singh's 11 off 21 balls in the final against Sri Lanka resulted in plenty of criticism. (Image credit: Getty Images)

Kulasekara got the wicket of Yuvraj who struggled to 11 off 21 balls and in the 19th over, once again only four runs were conceded. Malinga, who was scarred by the assault of Kohli in Hobart two years ago, redeemed himself with seven runs in the final over as Sri Lanka gave away just 19 runs in the final four overs. India's total of 130/4 was under-par and Sri Lanka had the momentum.

However, India fought hard with Mohit Sharma, Ravichandran Ashwin and Suresh Raina taking wickets at regular intervals. Kumar Sangakkara, playing in his final T20I, found good support in Thisara Perera as they played sensibly. With 47 needed off 36, the game was evenly poised. But, Thisara hit a six off Amit Mishra and Sangakkara found the boundary as the equation narrowed down to 33 off 30 balls. Thisara and Sangakkara killed the contest with a six and a four off Mishra again as Sri Lanka closed in.

Sangakkara notched up his fifty with two fours off Ashwin and Thisara killed the contest with a flat six straight down the ground to set off jubilant celebrations in the Sri Lanka camp. The victory by six wickets ade Sri Lanka the only team apart from India and the West Indies to win all the three major ICC trophies.

The victory was a fitting farewell to Sangakkara and it eliminated plenty of hurt in the last seven years. "It's been a long time coming.. Waited five finals. Pretty happy I was able to do something for our team. My family and playing for Sri Lanka are the two most important things that happened to me in my life. Everyone's got to go and my time is now," Sangakkara said.