Sri Lanka Were Boosted By Fifties From Avishka Fernando, Dimuth Karunaratne And A Blitz At The End From Wanindu Hasaranga As Shai Hope's Ton Went In Vain With The One-wicket Loss For The West Indies At The SSC In Colombo.

Wanindu Hasaranga helped Sri Lanka chase down a total in excess of 250 for the first time in two years. (Photo Credit: Getty Images)

Shai Hope blasted his sixth century in Asia and Keemo Paul's 17-ball 32 had helped West Indies reach 289/7 at the Sinhalese Sports Club ground on Saturday. Avishka Fernando and Dimuth Karunaratne hit fifties but failed to carry on to make a good score. Sri Lanka kept getting into good positions but they somehow found ways to squander the advantage. With 25 runs needed off 24 balls, the match was evenly poised with Sri Lanka just having two wickets in hand and the West Indies going for the kill. Wanindu Hasaranga, reaping the benefits of a high confidence he gained while scoring a fifty in a local T20I game, smashed two boundaries off Sheldon Cottrell and then farmed the strike. Keemo Paul bowled two wides but the game was sealed when Hasarange smashed a full toss from Cottrell and despite the run-out of Lakshan Sandakan, Sri Lanka got over the line by one wicket against the West Indies and achieved their highest successful chase in two years.

For Shai Hope, it was disappointing as his hard-fought ton in relatively tough circumstances resulted in a good total for the West Indies but the bowlers failed to deliver. Fernando and Karunaratne started aggressively and it was the Sri Lanka skipper who benefited from a life when Darren Bravo dropped him off Cottrell on 15. Fernando kept finding the boundaries and Karunaratne matched him with two boundaries off Alzarri Joseph.

Hayden Walsh Jr struck in his first over by removing Kusal Mendis but Kusal Perera kept the chase going. Joseph dismissed Angelo Mathews and the innings seemed to be stuck. Dhananjaya de Silva also fell after a good start but Sri Lanka seriously stumbled when Keemo Paul dismissed Kusal Perera for 42 as he miscued the slog. Hasaranga eased Sri Lanka's nerves with a four off Hayden Walsh Jr and a six off Paul. Thisara Perera showcased his aggression with a six and a couple of fours but when he fell to Joseph, West Indies were back in the game but Hasaranga dashed the hopes of the Windies with a superb rearguard.

Sri Lanka chose to bowl and Thisara reaped success with the wicket of Sunil Ambris in the fourth over. Shai Hope and Darren Bravo staged a recovery and it was Bravo who broke the shackles with a big six off Isuru Udana. Hope, at the other end, dropped anchor and looked to bat deep into the innings. Bravo was in fine form with a four and a six off Mathews but the 77-run stand ended when Bravo was needlessly run-out for 39. Hope notched up his fifty and he got good support from Chase. Hope smashed two fours off Thisara while Chase hammered Sandakan for a six. 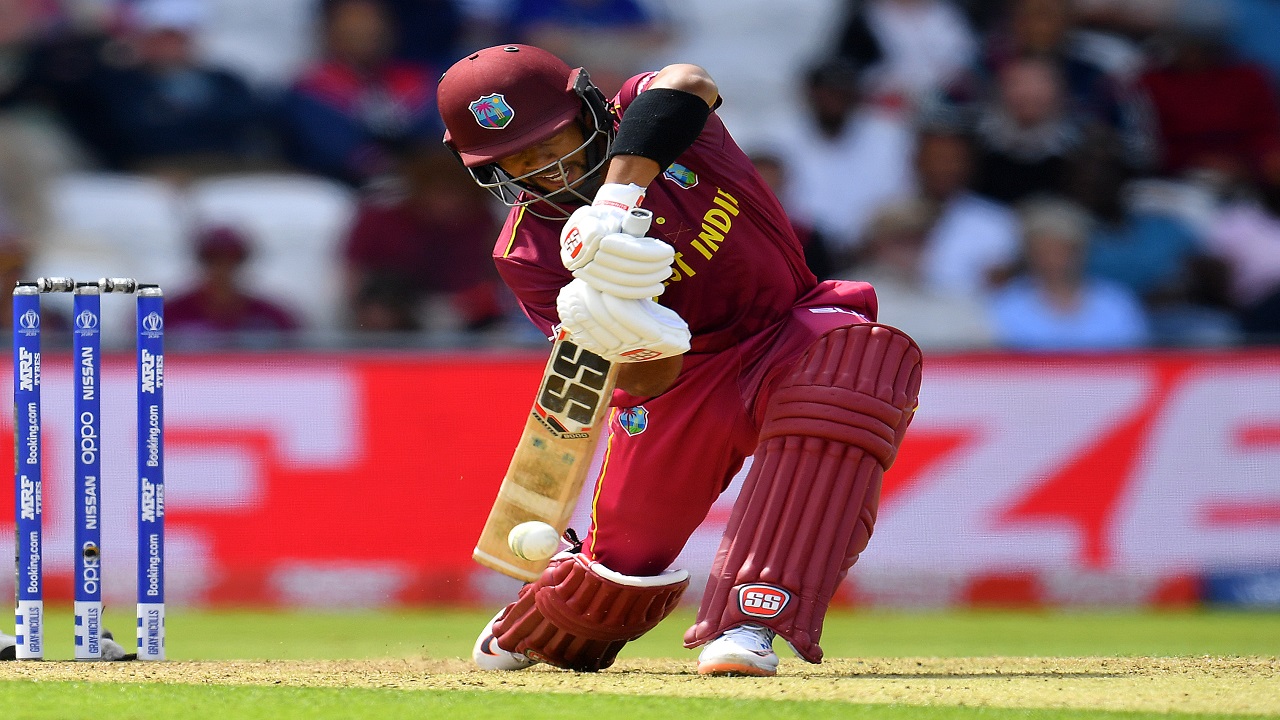 Shai Hope smashed a century and it was his sixth in Asia. (Image credit: Getty Images)

Hope and Chase built a solid stand but Nuwan Pradeep undid Chase with a slow off-cutter which the batsman dragged it back onto the stumps. Nicholas Pooran, who had hit a century against Sri Lanka in the 2019 ICC World Cup in Durham, fell for 11 to Isuru Udana. Kieron Pollard notched up the 200 with a six but fell to Udana. Chase notched up his hundred but West Indies were in trouble of finishing at a velow-par total. Hope smashed two fours off Sandakan but Udana struck again by removing him for 115.

Holder also fell cheaply but Paul hit a six and a four while Hayden Walsh also hit a boundary as 17 runs came in the over. Perera was carted by Paul for a six while the batsman smashed two fours in the final over as 64 runs came in the final four overs. In the end, it needed a rearguard from Hasaranga to help Sri Lanka take a 1-0 lead in the series.