Tim Southee Became The First Bowler In International Cricket To Dismiss Virat Kohli 10 Times Combined Across Formats As He Sent The Indian Cricket Team Skipper Back Cheaply On The First Day Of The Hagley Oval Test In Christchurch.

Tim Southee dismissed Virat Kohli for the third time in Tests but overall, he has sent back the Indian skipper 10 times across all formats combined. (Photo Credit: Getty Images)

Virat Kohli's misery on the ongoing tour of New Zealand was prolonged after he was dismissed cheaply for 3 after lunch on the first day of the second Test at the Hagley Oval on Saturday. Kohli looked to play a straight drive to a Tim Southee full ball that nipped back in slightly and he was trapped plumb in front. Belatedly, with just one second to go, Virat Kohli decided to go for the review and it was a poor decision as the ball was seen crashing into the leg stump and with Mayank Agarwal already extinguishing his review, India now do not have any reviews remaining.

Kohli was sent back for 15 off 25 balls during the Auckland ODI by Southee and the bowler joined an illustrious list of bowlers to have achieved a very rare feat and that is making Virat Kohli his bunny. This was the sixth time that Southee had gotten rid of Kohli in ODIs while across formats combined, he has dismissed Kohli nine times. His feat of dismissing him six times in ODIs drew him level with West Indies pacer Ravi Rampaul while across formats, his tally of nine went past England fast bowler James Anderson's tally of eight. Kohli has been dismissed twice in three Tests by Southee. 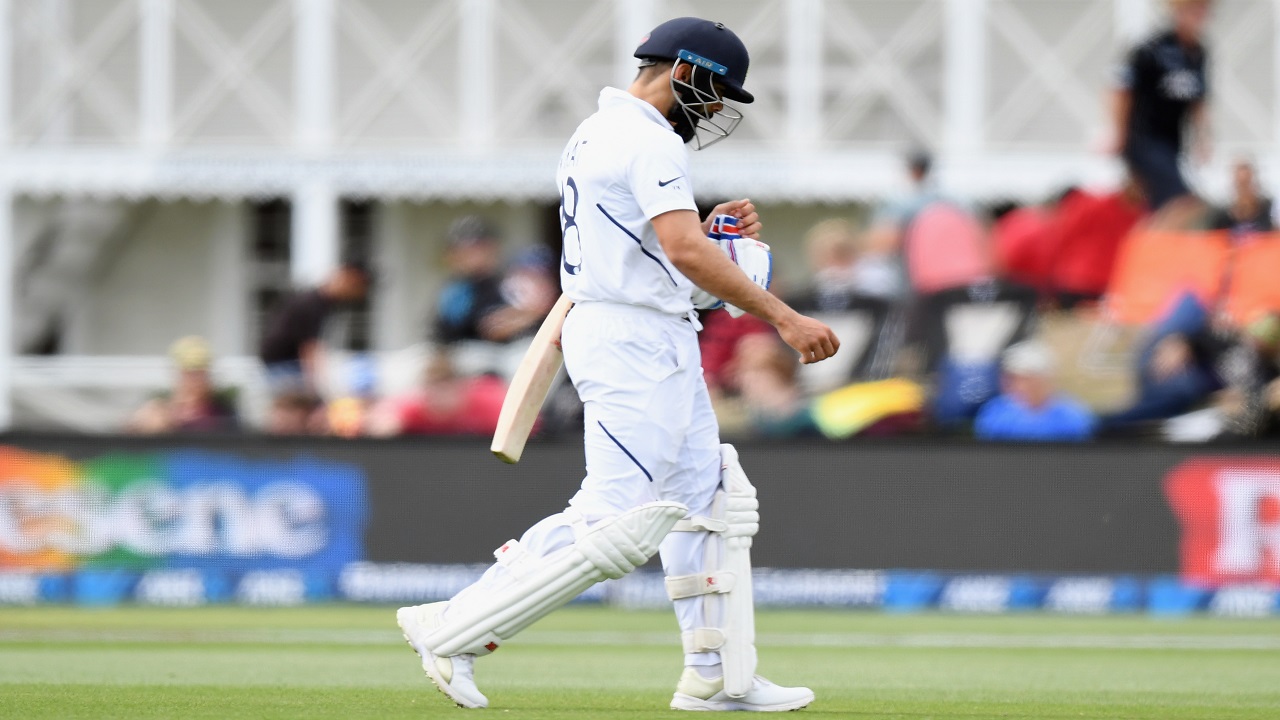 Virat Kohli's poor run in New Zealand continued as he was dismissed for 3 in Christchurch. (Image credit: Getty Images)

The pacer dismissed Kohli for the first time in the Bangalore Test in 2012 when he fell for 103 and two years later, in the Auckland Test match, Kohli was dismissed for 4 when he was caught by Peter Fulton. In Twenty20 Internationals, Kohli was dismissed for the first time in the Auckland game in January when he was caught by Tim Seifert for 11. It is in the ODIs, though, where he has had tremendous success.

Southee first dismissed Kohli in their encounter in 2010 in Dambulla when he was dismissed for 8. In the 2014 tour of New Zealand, Kohli was dismissed twice in the ODIs played in Hamilton for 78 and 2. In 2017, Kohli smashed centuries in Mumbai and Kanpur but Southee got the better of Kohli in both games. With this dismissal in Auckland, Southee now has dismissed Kohli the most number of times and in Christchurch, he only added to his brilliance.