Horror Show - USA Cricket Team Shout Out For 35 Against Nepal

The United States Of America Cricket Team Achieved Ignominy As They Were Bowled Out For 35, The Joint-lowest Total In The History Of ODI Cricket By Nepal Thanks To Sandeep Lamichhane's Haul Of 6/16 In The ICC Cricket World Cup League Two 2019-22 Clash In Kirtipur.

Sandeep Lamichhane took 6/16 as Nepal bowled USA out for 35, the joint-lowest score in the history of ODI cricket. (Photo Credit: Getty Images)

On April 25, 2004, Zimbabwe were bowled out for 35 against Sri Lanka at Harare and it became the lowest score in the history of ODI cricket. 16 years later, the United States of America cricket team matched Zimbabwe as they were shot out for 35 by Nepal's Cricket Team in the ICC Cricket World Cup League Two 2019-22 clash at the Tribhuvan University International Cricket Ground in Kirtipur on Wednesday. Sandeep Lamichhane, Nepal's ace legspinner who has achieved plenty of success in foreign Twenty20 Leagues, was the star with 6/16 and he was well-assisted by Sushan Bhari who took 4/5 as Nepal chased down the target in just 5.2 overs to complete a facile win.

Nepal chose to bowl and immediately they had success in the second over when Lamichhane sent back Ian Holland for 0 with Paras Khadka taking the catch. Xavier Marshall slammed two fours off Karan KC as USA looked to get going. At 23/1 in six overs, things did not look too ominous. However, what followed afterwards was carnage. Marshall fell for 16 to Bhari as Khadka took his second catch. Lamichhane came back for his second spell and he got the wickets of Monak Patel and Nisarg Patel in the same over. 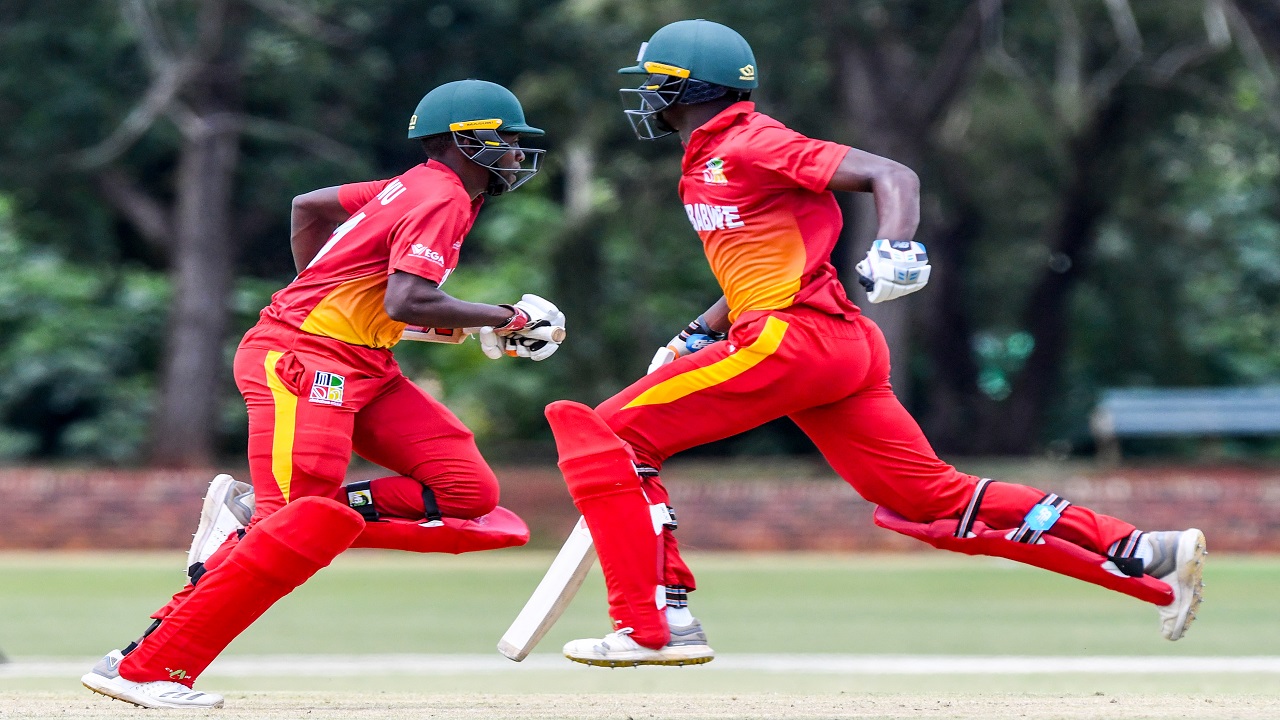 Zimbabwe were also bowled out for 35 during an ODI against Sri Lanka in Harare in 2004. (Image credit: Getty Images)

In response, Nepal suffered two early jolts when Nosthush Kenjige struck twice in the second over by sending back Gyanendra Malla and Subash Khakurel. Khadka and Dipendra Singh eased some nerves with a couple of boundaries but in the fifth over bowled by Timil Patel, Khadka blasted two fours and a six. Dipendra Singh finished the match in grand style with a six off Kenjige as Nepal won by eight wickets and USA's humiliation was complete.