Virat Kohli Became The Sixth Captain In Cricket History To Go Past 11000 Runs As Skipper Combined In All Formats After His Knock Of 26 Against Sri Lanka In Pune As India Won The Three-match Series 2-0.

The new decade may have begun for the cricketing world but one thing has not changed which is Virat Kohli's penchant for breaking records and entering an elite statistical list everytime he walks out to bat. During the decade from 2010 to 2019, Kohli has established a level of dominance which has made him one of the greatest players in the world. In the third and final Twenty20 International between India and Sri Lanka at the MCA stadium in Pune, Kohli came out to bat at No.6 and he immediately created a new record which put him in an elite list of players.

When Kohli drove chinaman bowler Lakshan Sandakan to mid-off for a single, Kohli reached 11,000 runs combined across formats. Kohli became the second Indian captain and sixth overall to go past 11000 runs combined in all formats. Australia's Ricky Ponting heads the list with 15440 runs in 324 matches, followed by South Africa's Graeme Smith who scored 14878 runs in 286 games. Stephen Fleming of New Zealand scored 11561 runs in his 10-year period as captain while MS Dhoni became the first Indian to reach 11000 runs. Allan Border of Australia was the first to go past 11000 runs as skipper, managing 11062 runs.

When one compares the numbers, Kohli is head and shoulders above the entire group who has gone past 11000 runs. He has reached the milestone as skipper in a staggering 169 games, a full 102 games ahead of Border who is the second quickest with 271 matches. Kohli's average is 66.81 as skipper, a full 20 points ahead of Dhoni who has the second-best average with 46.89. Among centuries, Kohli has 41 centuries and is level with Ponting, but the Indian cricket team skipper's tally means he scores a century every four games while Ponting scored a ton every seven games.

The decade of 2010-19 saw the definitions of consistency and match-winner change dramatically. The decade saw a player making chasing in ODIs and Twenty20 Internationals look incredibly easy. He defined the aggression and growth a new India was experiencing. This decade saw Virat Kohli establish a level of dominance and consistency which was almost unreal. When Sachin Tendulkar left the scene, many wondered how this humongous void would be filled. Kohli not only stepped up to the plate but he ensured Tendulkar would not be missed for long as he blasted records galore in this decade. The common trend in this decade was that a big score, be it in any format, was a given from Kohli. Failure was the rarest of rare. 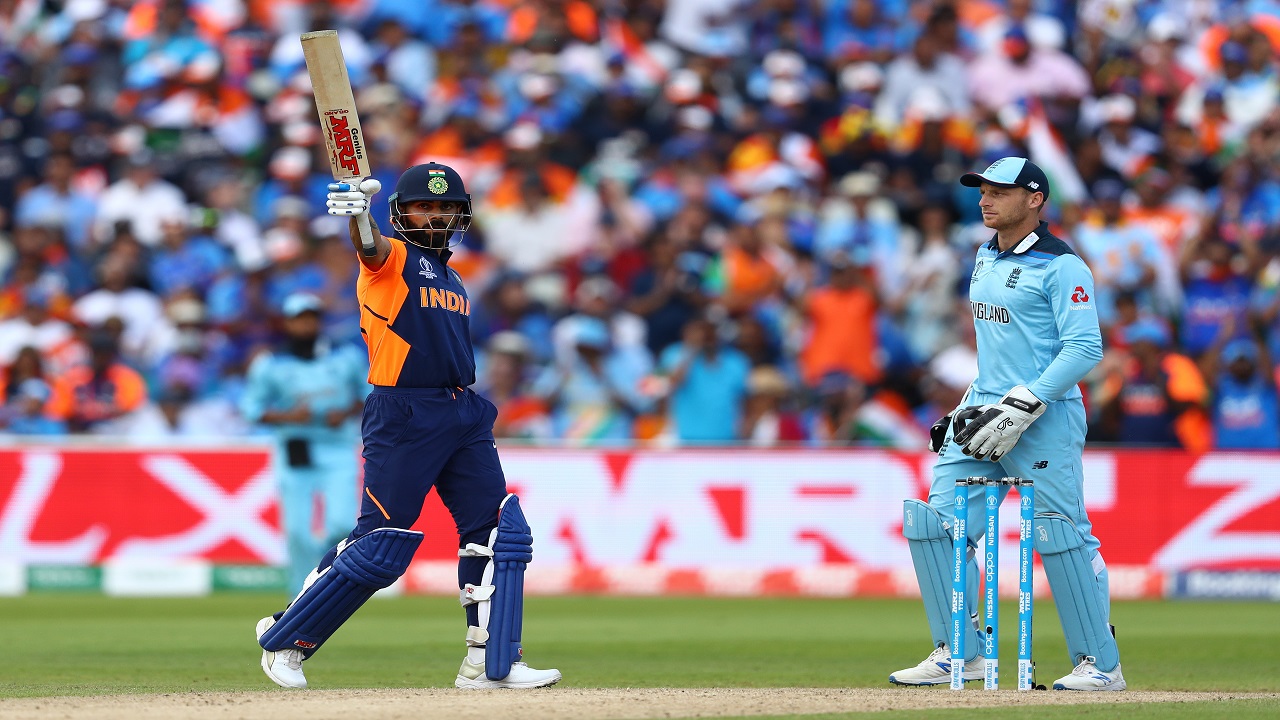 His ODI records in the decade are staggering. He has eight centuries against Australia and Sri Lanka while he has nine against West Indies. He has an average of 45 against every nation in ODIs barring one game against Netherlands where he scored just 12. In Tests, he underwent a torrid couple of years. He failed in England and averaged just 13.4 but after that, his career hit peaks with four centuries in Australia and tons in South Africa and New Zealand.

He flayed centuries at will in Tests at home and on the second return in the overseas cycle, he hit centuries in Australia and South Africa and finally conquered England with two centuries. In the decade, Kohli alone is the only batsman in history to score over 11000 runs in ODIs and his Test as well as Twenty20 exploits have made him the only player in history to score over 20,000 runs combined across formats. In 11 years of his international career, Kohli has hit over 1000 runs in ODIs seven times while in Tests, he hit over 1000 runs in three consecutive years from 2016 till 2018.