Virat Kohli Was Found Guilty Of A Slow Over-rate Offence For The Third Straight Time As The Indian Cricket Team Players Were Fined 80 Percent Of Their Match Fees Following The End Of The Hamilton ODI Against New Zealand.

In accordance with Article 2.22 of the ICC Code of Conduct for Players and Player Support Personnel, which relates to minimum over-rate offences, players are fined 20 per cent of their match fees for every over their side fails to bowl in the allotted time. Chris Broad of the Emirates ICC Elite Panel of Match Referees fined Indian cricketers 80 per cent of their match fee after the visitors were ruled to be four overs short of the target after time allowances were taken into consideration. On-field umpires Shaun Haig and Langton Rusere, third umpire Bruce Oxenford and fourth umpire Chris Brown leveled the charges. "Virat Kohli pleaded guilty to the offence and accepted the proposed sanction, so there was no need for a formal hearing," a statement by the ICC said.

After Whitewash, A Slip-Up

Ross Taylor's magnificent 21st century and his blazing partnership of 138 with skipper Tom Latham put New Zealand on course to ending their jinx against India. However, as it happened in the Twenty20 Internationals, when New Zealand neared the target, they short-circuited and lost three wickets for 21 runs. Memories of their chokes in the T20I, which took place in Seddon Park two weeks ago and at Wellington were once again doing the rounds. But, Taylor ensured he did not throw it away. 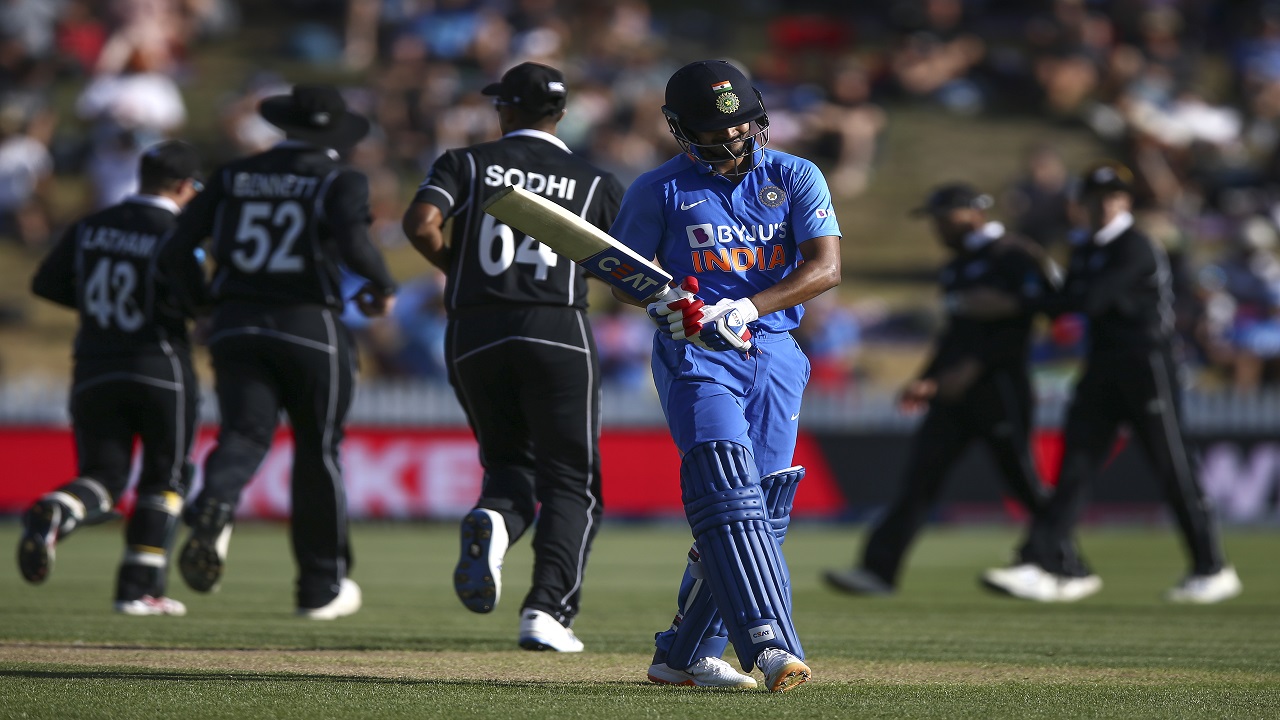 Mitchell Santner eased plenty of nerves in the New Zealand with a six and a four off Shardul Thakur as the scores were level in the 48th over. Taylor swung Mohammed Shami for a single and New Zealand, after all the heartbreak of the 0-5 T20I whitewash, finally got New Zealand over the line with a four-wicket win to take a 1-0 lead in the series. The exploits of Taylor helped New Zealand achieve their highest successful run-chase against India and also at Seddon Park.

"Restricting them under 350 gave us a chance. We were fortunate with the left-right hand combination and we were able to target the short leg-side boundary," Taylor said on winning the Man of the Match award. Knowing the dimensions of the ground, especially the short boundary on the leg side helped Taylor immensely. He has an average of 62 with four centuries at Seddon Park and he knew that the total of 347/4 posed by India, on the back of Shreyas Iyer's maiden ton and KL Rahul's tour-de-force of 88 could be chased down.

India, on the other hand, were paid to pay for their shoddy work in the field and for their lack of control in their bowling which saw them concede 25 wides, including 13 by Bumrah alone. The second match of the three-game ODI series takes place on February 8 at Eden Park, Auckland and India will be determined to stay alive in the series as they look to maintain the momentum following their historic 5-0 whitewash in the Twenty20 International series.