Virat Kohli, The Indian Cricket Team Captain, Has Said The Team Did Not Discuss Anything About Jet Lag And That The Auckland Win Sets Up The Tour Nicely For Them.

The Indian cricket team had finished an ODI series against Australia just five days ago. They landed in Auckland on January 22. New Zealand is a good seven and a half hours ahead of India time and there were some concerns whether the lack of a warm-up game or less time for acclimatisation would dent them in their preparations for the match at Eden Park. Kohli, after winning the toss and choosing to bowl at Eden Park, said, "We're pretty much fine (from the travel) but we're fine now. We've played 50-over cricket (heading to this series) and are ready for T20 cricket."

The performance of the Indian cricket team did not highlight the fact that the team was recovering from jet lag. Colin Munro, Kane Williamson and Ross Taylor smashed fifties to help New Zealand reach 203/6 but KL Rahul and Shreyas Iyer's fifties, backed by Virat Kohli's 43 helped India chase down the target with an over to spare and with six wickets in hand. This was the fourth time India had chased down a total of over 200 in T20Is and this was their second win in Auckland.

Speaking after the match, Kohli said the team did not discuss anything about jet lag. "We enjoyed this. Landing two days before and playing a game like this, it was fantastic... This sets up for the whole tour for us. Felt like 80 percent support was for us and the crowd was right behind us. You need that sort of push chasing 200 plus. We never spoke of the jet lag in the team. We didn't want any excuse," Kohli said.

Fielding An Area Of Improvement

India had some sloppy moments in the field, with Shardul Thakur misfielding and allowing Martin Guptill to score a boundary off Jasprit Bumrah while Yuzvendra Chahal was also guilty of missing some opportunities. Kohli said fielding was one area where they could improve as the series progressed. "I think fielding is one thing that we can improve on, just getting used to the ground dimensions and the ball snaking a bit," said Kohli, referring to the longer side boundaries and short straight boundaries at the peculiar shaped Eden Park. 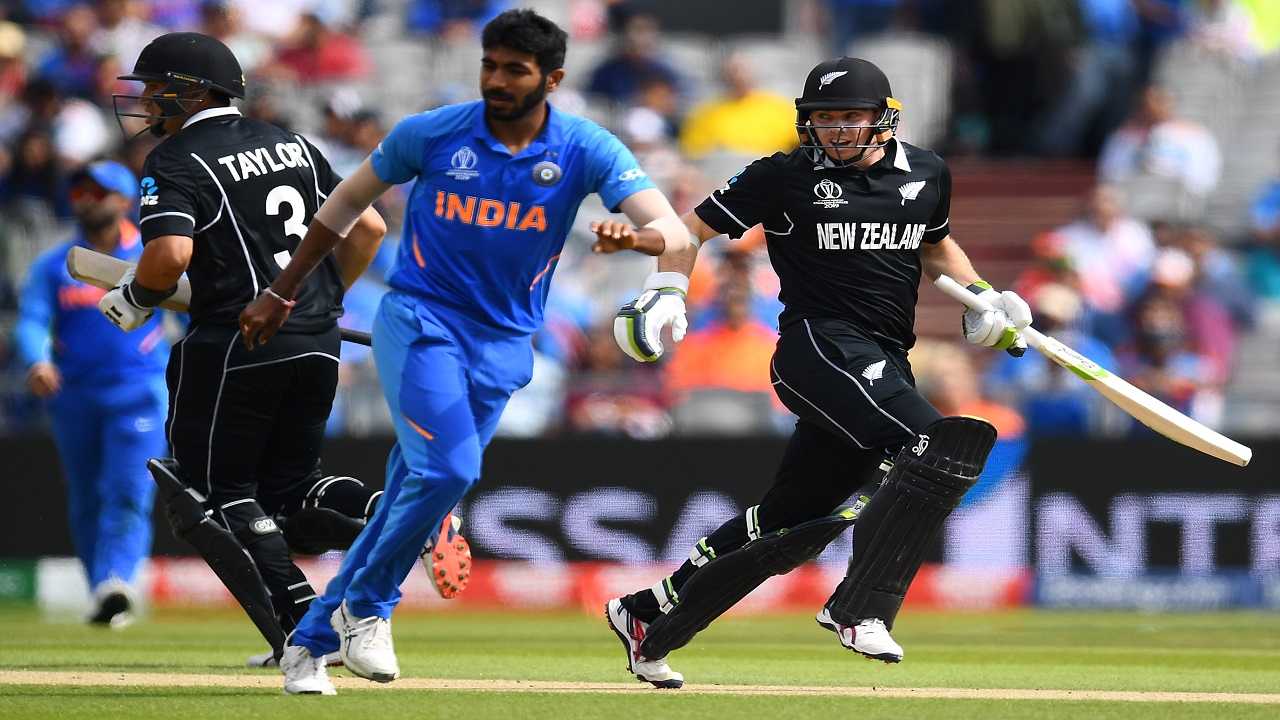 The Indian cricket team shook off the jet lag that accompanied them after landing in New Zealand on January 22. (Image credit: Getty Images)

India came into the series high on confidence, having beaten Australia 2-1 at home in the ODI series that concluded on Sunday. "We had a really good series against Australia and we took that confidence in here. You can't be harsh on anyone on this kind of pitch. I think we did well in the middle overs, to restrict them under 210 was a good effort.

New Zealand captain Kane Williamson said defending 203 was always going to be tough at this venue. "We know coming to Eden Park it's hard to defend and there was a bit of dew and obviously India showed their class. We knew batting first we had to get a good total on the board. Being a second-used surface, it was a high scoring game. But with ball in hand, if we could get three or four early, we could have got ahead of the game," Williamson said.

The second match will also be played at Eden Park on Sunday, January 26 and India would be aiming to extend their advantage.