Virat Kohli Says If People Make A Big Deal Out Of One Loss, Indian Team Can't Help It

Virat Kohli's Indian Cricket Team Suffered Their First Loss In The ICC World Test Championships As They Were Thrashed By 10 Wickets By New Zealand In The Basin Reserve Test.

Virat Kohli is also in poor form, having scored just one fifty in the entire tour of New Zealand so far. (Photo Credit: Getty Images)

Virat Kohli's Indian cricket team endured a torrid time in the Wellington Test against New Zealand. After losing the toss and being inserted in on a fresh, green pitch with cloud cover and wind, the Indian batting folded up against the swing, seam and extra bounce of Kyle Jamieson and Tim Southee as they were bowled out for 165. New Zealand were boosted by a knock of 89 from Kane Williamson and valuable contributions from the tail as the hosts stitched a 183-run lead. Tim Southee took his 10th five-wicket haul as India were bowled out for 191 and New Zealand won by 10 wickets. This was Virat Kohli's first-ever loss in the ICC World Test Championships and this was the third time that they had lost by 10 wickets in New Zealand.

With the batsmen being undone by quality seam and swing and with the likes of Jasprit Bumrah not in form, there are some questions on whether India have the capability to win overseas on a consistent basis. In the last 16 away Tests, India have won just six but Indian skipper Virat Kohli presented a defiance face and was not too worried in the post-match press conference.

"We know we haven't played well, but if people want to make a big deal out of it, make a mountain out of it, we can't help it as we don't think like that. Some people might want it to be the end of the world but it's not. For us, it's a game of cricket we lost and we move on and keep our heads high. We understand that we need to play well to win, also at home. There's no cakewalk at international level as teams will come and beat you. You accept it and that defines our character as a side. If we would have paid attention to the outside chatter, we would again be at No. 7 or 8 in the rankings. We don't really bother about what people are saying on the outside. If we have lost then we have no shame in accepting that. It means we didn't play this game well. It doesn't mean that we have become a bad team overnight. People might want to change our thoughts, but it doesn't work like that," Kohli said.

Need To Move On

The Indian batsmen, with the exception of Mayank Agarwal, did not apply themselves well in the conditions and got bogged down. With the ball, India had the potential to restrict New Zealand's lead but the last three wickets put on 123 runs and the lead swelled close to 200. Kohli admitted that it was a combination of both good bowling and Indian batsmen not putting the pressure back on bowlers, which led to the drubbing. 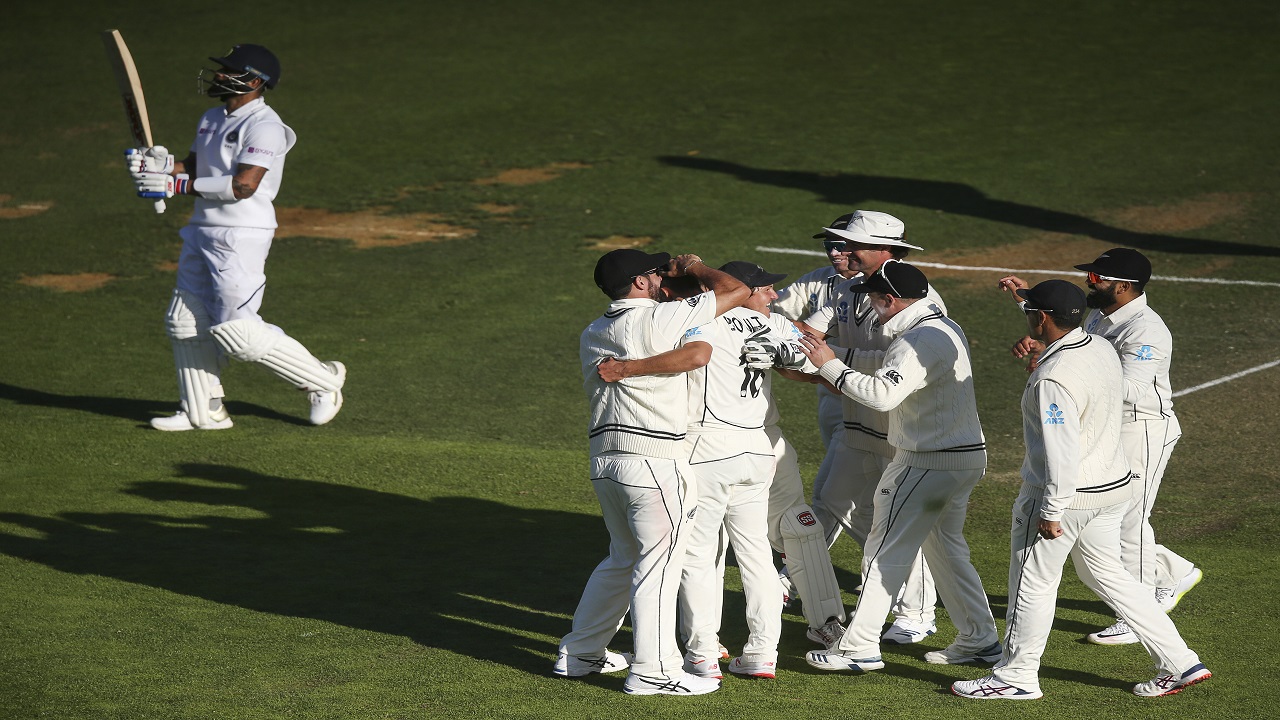 "That has got to do with partly good bowling from New Zealand and partly us not pressing that momentum on to them when required. It was perfect for them because they bowled well and we allowed them to bowl well for longer periods rather than doing something about it in a partnership. New Zealand got into the mind of the batsmen and make the batsmen do something that they don't want to. I think that's a very thin line and a very delicate balance of when to attack and when to put bowlers under pressure which we failed to do in this match and there is no harm in accepting that," Kohli said.

India's final game on the tour of New Zealand will be the second Test that will take place at the Hagley Oval in Christchurch on February 29. Kohli has said that the team will be focused and determined to square the series. "Just because we have lost one match in between all wins, doesnt mean that the belief is gone. The dressing room thinks differently and team atmosphere is different," Kohli said.