Virat Kohli, The Indian Cricket Team Captain, Revealed The Lowest Point In His Entire Cricketing Career During A Chat With Former Cricketer Kevin Pietersen And It Was During India's Tour Of England In 2014.

Virat Kohli was consistently undone by the swing and seam of James Anderson and Stuart Broad as he scored 134 runs in 10 innings while in the ODIs, he managed just 54 runs at an average of 18. (Photo Credit: Getty Images)

Virat Kohli has achieved plenty of records in modern cricket. With close to 12000 ODI runs at an average of near 60 and with 7240 runs at an average of 53 in 86 Tests, there is no doubting Virat Kohli's greatness. However, the former Indian captain has also had some rare bumps in his stellar cricketing career. Recently, in a chat with former cricketer Kevin Pietersen, Virat Kohli revealed what was the lowest point in his cricketing career. In an Instagram chat on Kevin Pietersen's account, Virat Kohli said the 2014 tour of England, in which he managed just one fifty in the entire tour and averaged a miserable 13.4 in the five Tests was the lowest point in his career.

"I felt like as a batsman, you know you are going to get out in the morning as soon as you wake up. That was the time I felt like that there is no chance I am getting runs. And still to get out of bed and just get dressed for the game and to go out there and go through that, knowing that you will fail, was something that ate me up," Kohli said.

In the entire Test series, Kohli was consistently undone by the swing and seam of James Anderson and Stuart Broad as he scored 134 runs in 10 innings while in the ODIs, he managed just 54 runs at an average of 18. Kohli, though, made a truimphant return back to England in 2018 when he scored a brilliant 149 in the first Test in Edgbaston on a difficult pitch and he ended with 593 runs at an average of 59.3 as he put his nightmares of 2014 to rest. 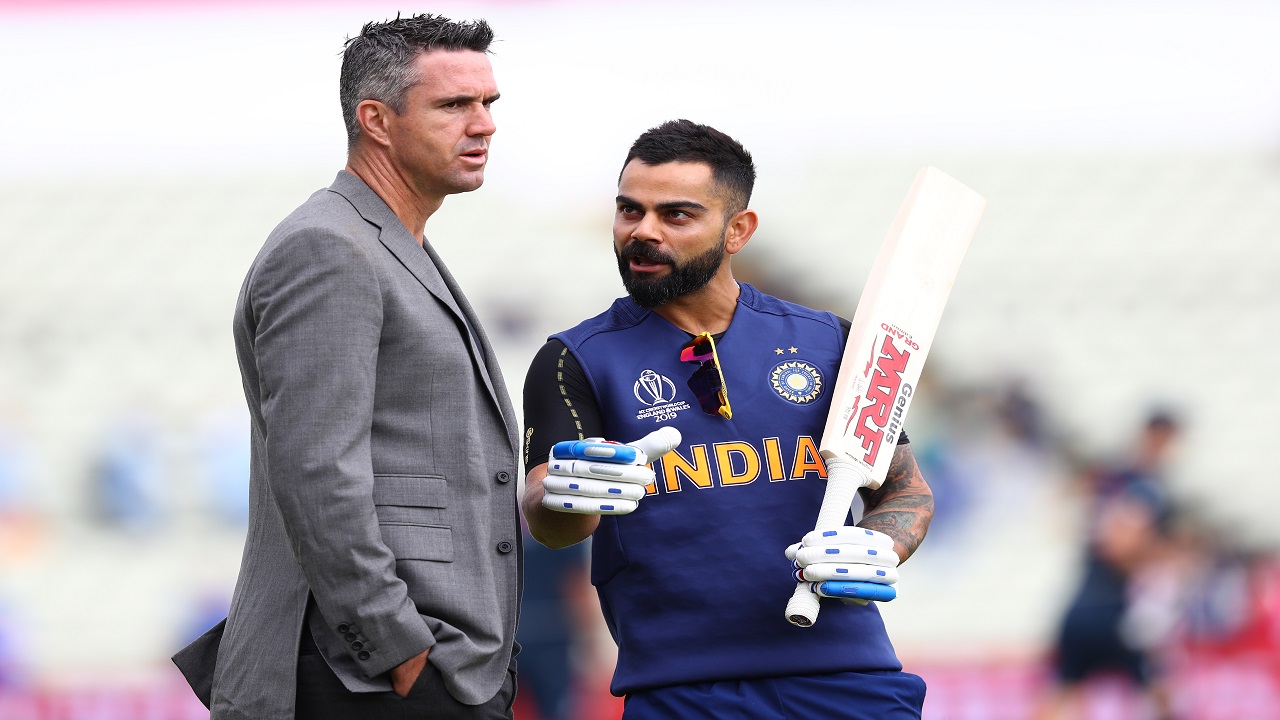 Virat Kohli put his 2014 nightmare to rest by becoming the leading run-getter in India's tour of England in 2018. (Image credit: Getty Images)

Kohli also highlighted the main reason behind his failure. "2014 series happened, for all the younger guys listening, because I was too focused on doing well from a personal point of view. I wanted to get runs. I could never think of what does the team want me to do in this situation. I just got too engulfed with England tour - if I perform here, Test cricket, in my mind I am going to feel established and all that crap on the outside, which is not important at all," Kohli said.

Pietersen and Kohli's candid chat was a big hit on social media but the Indian cricket team captain's wife, Anushka Sharma, hilariously brought it to a grinding halt with her comment during the live chat. The Bollywood star wrote, "Chalo chalo dinner time". Pietersen posted a screenshot of Anushka's comment with an even funnier caption. "When the BOSS said time was up, time was up! @anushkasharma @virat.kohli Hope you all enjoyed that? Just two dudes hanging out...," wrote the England superstar.

In a recent video shared by Anushka and Virat, the India cricketer says, "This is what quarantine does to you!" Anushka is seen with a pair of scissors thinking about what haircut to give her husband. Virat is seen further saying, "You allow things like this to happen, getting your haircut with kitchen scissors!" Turns out, Anushka is actually good at this craft and gets Virat’s nod of approval as he exclaims, "Can you see this gradual fade! Ummm... nice!" Anushka claims, "It's a new look I have created!" Virat further showers praise on Anushka's skill saying, "Guys just see! It’s very good! Beautiful haircut by my wife!"