Virat Kohli Lost His Cool During A Press Conference When A Journalist Asked A Question Over His Aggression After India Lost The Second Test Against New Zealand In Christchurch By Seven Wickets To Be Whitewashed 2-0.

Virat Kohli gave an aggressive send off to Kane Williamson and Tom Latham during the second day of the Christchurch Test against New Zealand. (Photo Credit: Getty Images)

Virat Kohli's Indian cricket team suffered a seven-wicket loss in the second and final Test against New Zealand at the Hagley Oval in Christchurch as they were whitewashed 2-0 to end their tour on a disappointing note. The series, which will be remembered for India's 5-0 whitewash in the T20Is as well as New Zealand's 3-0 cleansweep in the ODIs, fittingly ended in a whitewash with New Zealand proving to be better in all facets of the game to beat India for the second consecutive time at home. However, in the post-match press conference, Virat Kohli lost his cool at a journalist who asked him about his aggressive behavior on day 2.

"What do you think? I am asking you the answer. You need to find out what exactly happened and then come with a better question. You cannot come here with half questions and half details of what happened. Also, if you want to create controversy, this is not the right place to be. I have spoken to the match referee and he had no issues with happened. So, thank you," Kohli said.

ICC Will Gift Another Spirit Of The Cricket Award To Virat Kohli For His Gentle & Polite Send Off To Kane Williamson.
Absolute Pathetic!#NZvIND ðŸ
pic.twitter.com/wlNR8EHgCe

Indian captain #ViratKohli was not impressed with the line of questioning and he let it be known#NZvIND #TeamIndia pic.twitter.com/XNlD3zhspq

The incident involved the dismissal of Tom Latham and Kane Williamson by Mohammed Shami and Jasprit Bumrah respectively. Latham was bowled by Shami shouldering arms on 52 while Williamson was undone by a delivery that straightened on off stump to be dismissed for 3. When the wicket of Williamson fell, Kohli celebrated animatedly and then pointed to the crowd at the Hagley Oval to stay quiet. Even when Latham was dismissed, Kohli was seen shouting expletives which reverberated around the ground.

Not a Good Series For Kohli

The tour of New Zealand has been absolutely dismal for Kohli, who managed just one fifty across all formats combined. Kohli had an average of 26 in the Twenty20 Internationals while in the ODIs, he struggled but in the Tests, he reached his lowest point by scoring just 38 runs in four innings, which is one run less than what New Zealand's No.11 Trent Boult managed in two innings. Kohli admitted that India were totally outplayed and was offering no excuses. 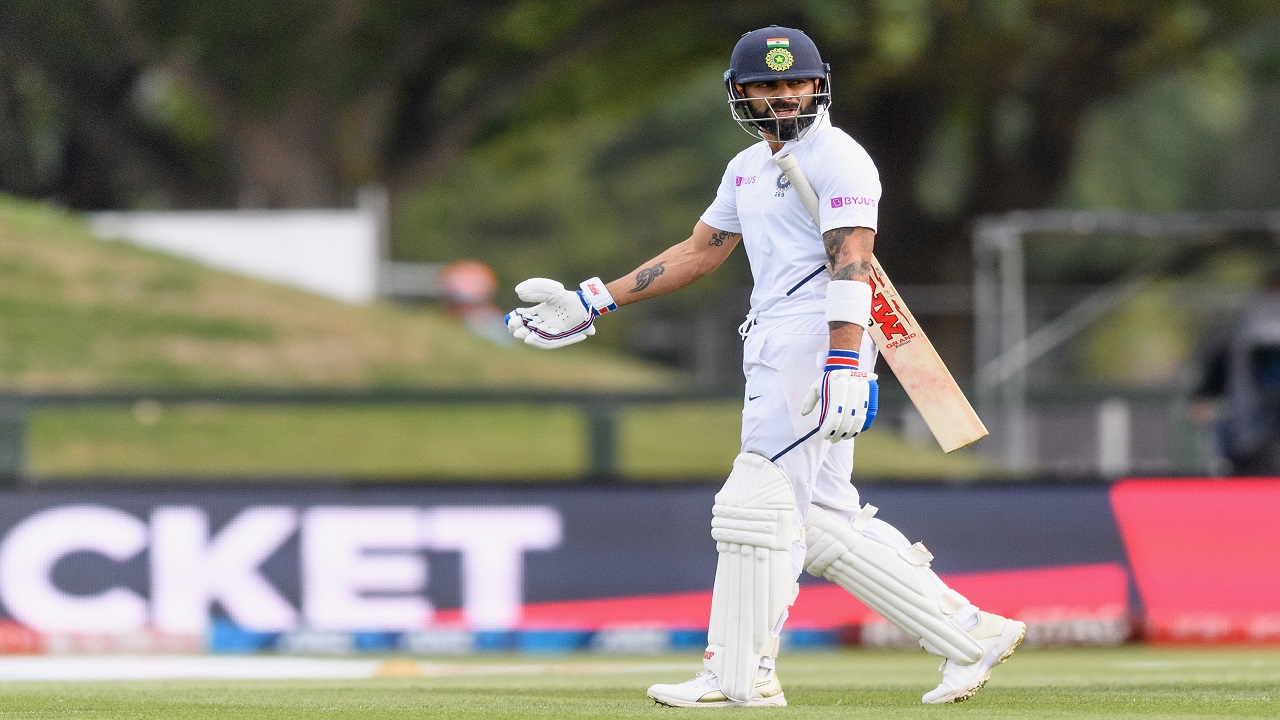 "I feel like we were completely outplayed and obviously did not play the kind of cricket that we do play as a team. Thing to take away from here is not to shy away from things that went wrong & address them instead," Kohli said.

The Indian skipper stated that the Indian team was not offering any excuses after the whitewashes in the ODIs and T20Is. "We are not going to take excuses from this tour, just the learning and the mistakes we committed and try and improve as we move forward. T20s were pretty good. In the ODIs it was good to see the youngsters stepping up with Rohit not being available and me not getting runs. Those are a few positives, but as a Test team we were not able to play the kind of cricket we wanted to. We need to accept we were not good enough, take it on the chin and improve those things," Kohli remarked.